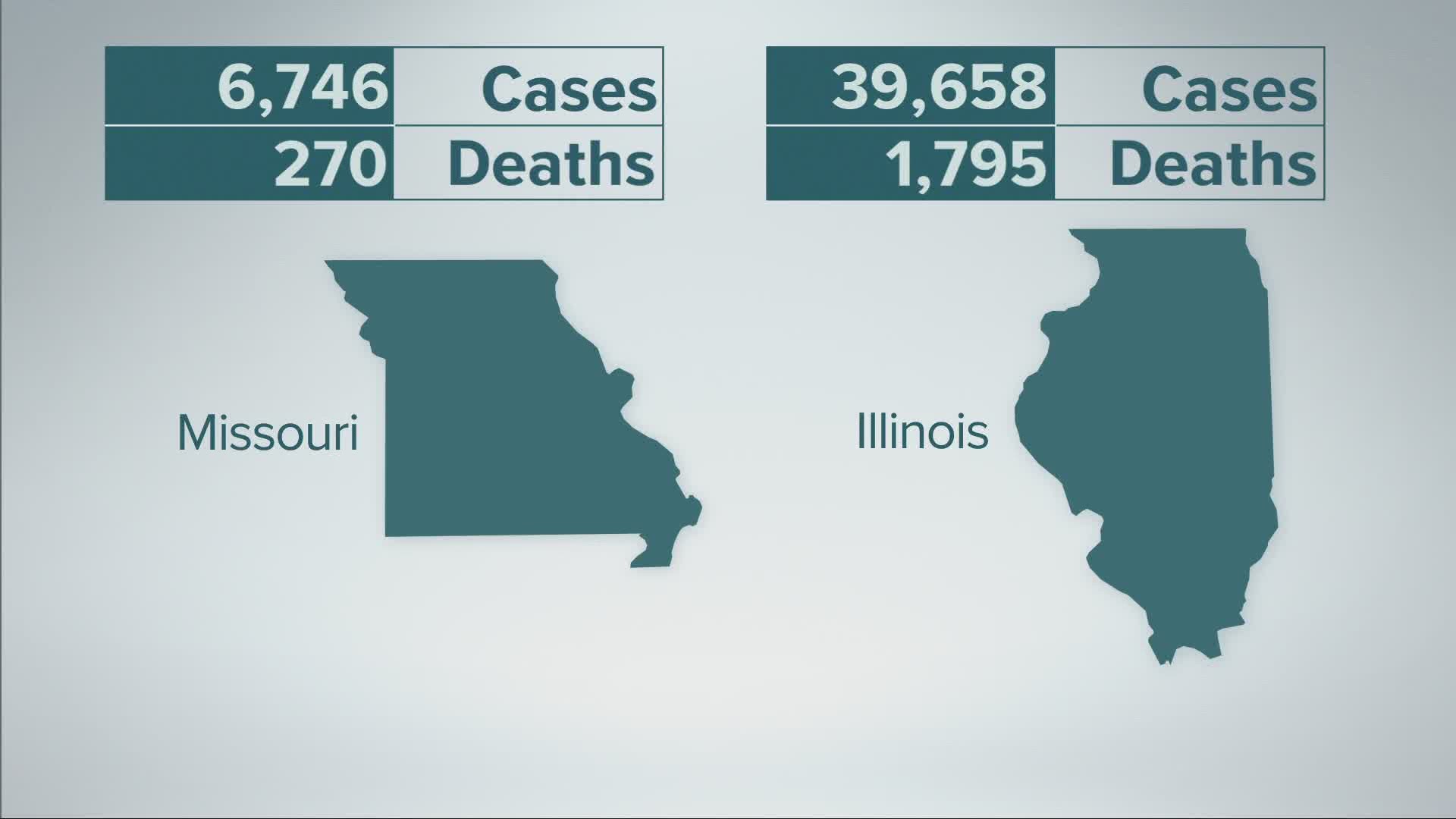 “As of today, we have discharged 1,034 COVID-19 patients from our area hospitals to home,” said Dr. Alex Garza, incident command of the St. Louis Metropolitan Pandemic Task Force. “Now, that is really tremendous news and a direct reflection of the outstanding work and heroic commitment of thousands of healthcare workers in the region.”

Dr. Garza also thanked the community for helping hospitals and patients get to this point – and for saving lives.

“It’s also the result of our collective efforts of essential workers who have kept our community moving, small business owners who have sacrificed a great deal and elected officials who had to make some very tough decisions," he said.

As of 6:30 p.m. Friday, there are 4,672 confirmed COVID-19 cases in the greater St. Louis area, which includes suburbs and the Metro East that are also represented in the task force’s coverage area. In that same area, 214 people have lost their lives because of the virus.

According to models used by the task force hospitals, the St. Louis area is expected to hit its peak of COVID-19 patients on Saturday. That’s when the number of people in the hospital with the virus is expected to be at its highest.

“We’re in the middle of what our modeling shows to be the initial crest of our first wave of infections,” said Dr. Alex Garza, head of the St. Louis Metropolitan Pandemic Task Force. “So, now is not the time to let our guard down against the virus.”

READ MORE: 'Now is not the time to let our guard down' | St. Louis coronavirus task force says we haven't seen the worst of COVID-19

Dr. Garza said hospitals in the area are prepared for the peak.