Eureka's mayor said the city won't enforce it, while Chesterfield leaders say they can't after a legal determination last year 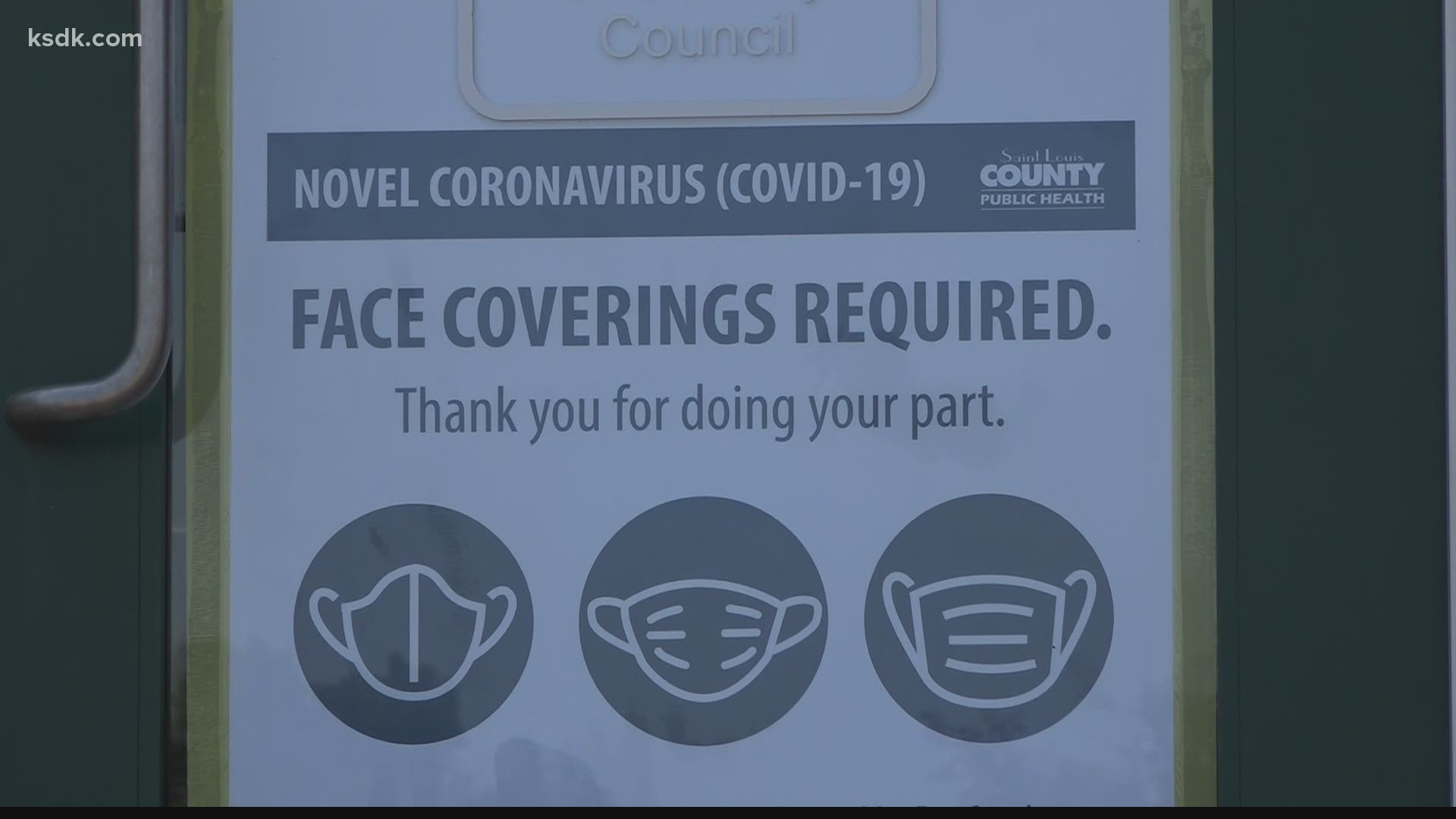 ST. LOUIS COUNTY, Mo. — The reinstatement of a mask mandate in St. Louis County has generated opposition in some towns. In others, there is misunderstanding.

In Eureka, Mayor Sean Flower says city officials will not be enforcing the county-imposed mask mandate.

Flower said, “It’s not a city ordinance. It’s nothing we enforce, so our police aren’t involved with it — our city hall, all that. We’re at a point now where we don’t see the justification for what’s going on. We don’t think it makes sense. The process doesn’t make sense, and it’s not something we’re going to enforce.”

“On the other hand,” said Nation, “if businesses choose to employ precautions and they want to require certain things of their constituents, their patrons, and they’re having trouble getting compliance, they can call law enforcement, and our police officers will respond.”

Row House fitness studio is one of many Chesterfield businesses re-adjusting to a mask mandate.

Manager Chloe Hollander said, “We require members to wear masks into the studio, and if they are vaccinated they are allowed to take their mask off while they are exercising. Any unvaccinated individuals are required to wear their mask during the whole workout.”