Jim Hoffman thought he was doing an interview about receiving a plasma treatment, but when he went outside he saw some very familiar faces 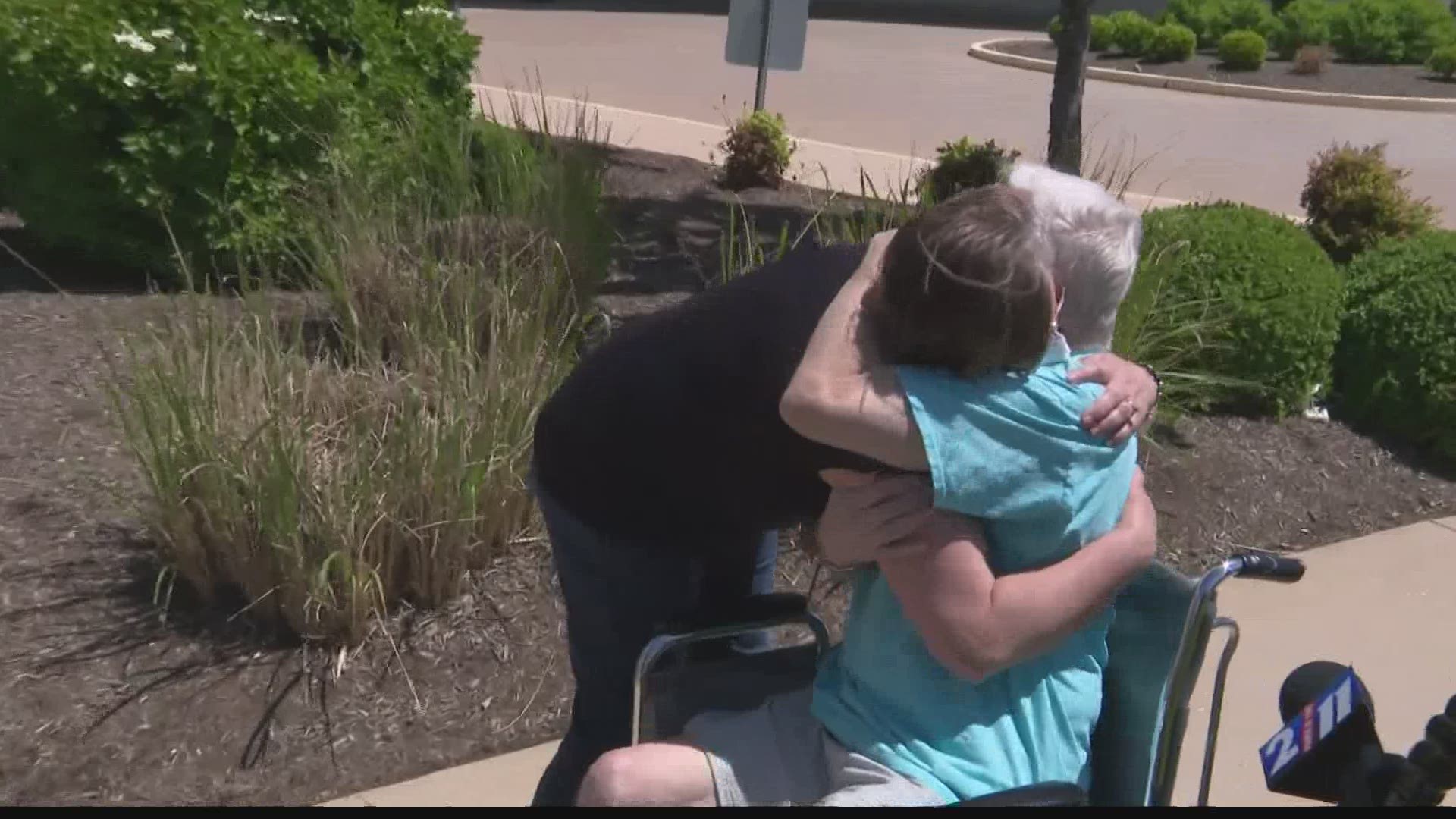 ST. LOUIS COUNTY, Mo. — Jim Hoffman marked a first in the St. Louis area’s fight against the coronavirus. He was the first COVID-19 patient to receive plasma from someone who already recovered from the virus in hopes of helping him get better faster.

The 61-year-old has been undergoing treatment at Mercy Hospital South in St. Louis County for five weeks now. And that entire time, he hasn’t been able to see his family. He has spent part of his time in isolation.

After weeks of treatment, doctors deemed Hoffman well enough to briefly go outside the hospital Friday. He thought he was going to talk to the media about being the area’s first plasma recipient, but when medical staff took him out of the hospital doors, he saw some very familiar, smiling faces instead.

Hoffman’s wife and family members were waiting outside, excited to see him – and hug him – for the first time in more than a month.

“Our no visitor policy remains in place, but because this patient is not on isolation, is well enough to be brought outside, and has been here so long, we have arranged for his family to meet him right outside our entrance,” the hospital wrote in an email to the media.

Doctors said Hoffman has made “a remarkable recovery,” and the antibodies from the plasma he received are helping him fight through the virus.

“The big story, really, is a random act of kindness. Some guy came in, donated some plasma and saved my life,” Hoffman told 5 On Your Side.

Hoffman and his family shared hugs, and even though their faces were covered, there was no masking the love and smiles the Mercy staff brought the Hoffman family on the hospital’s sidewalk Friday afternoon.

The hospital said Hoffman still requires more time in their care before they can release him to recover at home. They’re hoping to allow more COVID-19 patients to participate in “Sunshine Visits” soon.