Charlie Hinderliter of Maplewood is urging people to get a flu shot to avoid what happened to him. 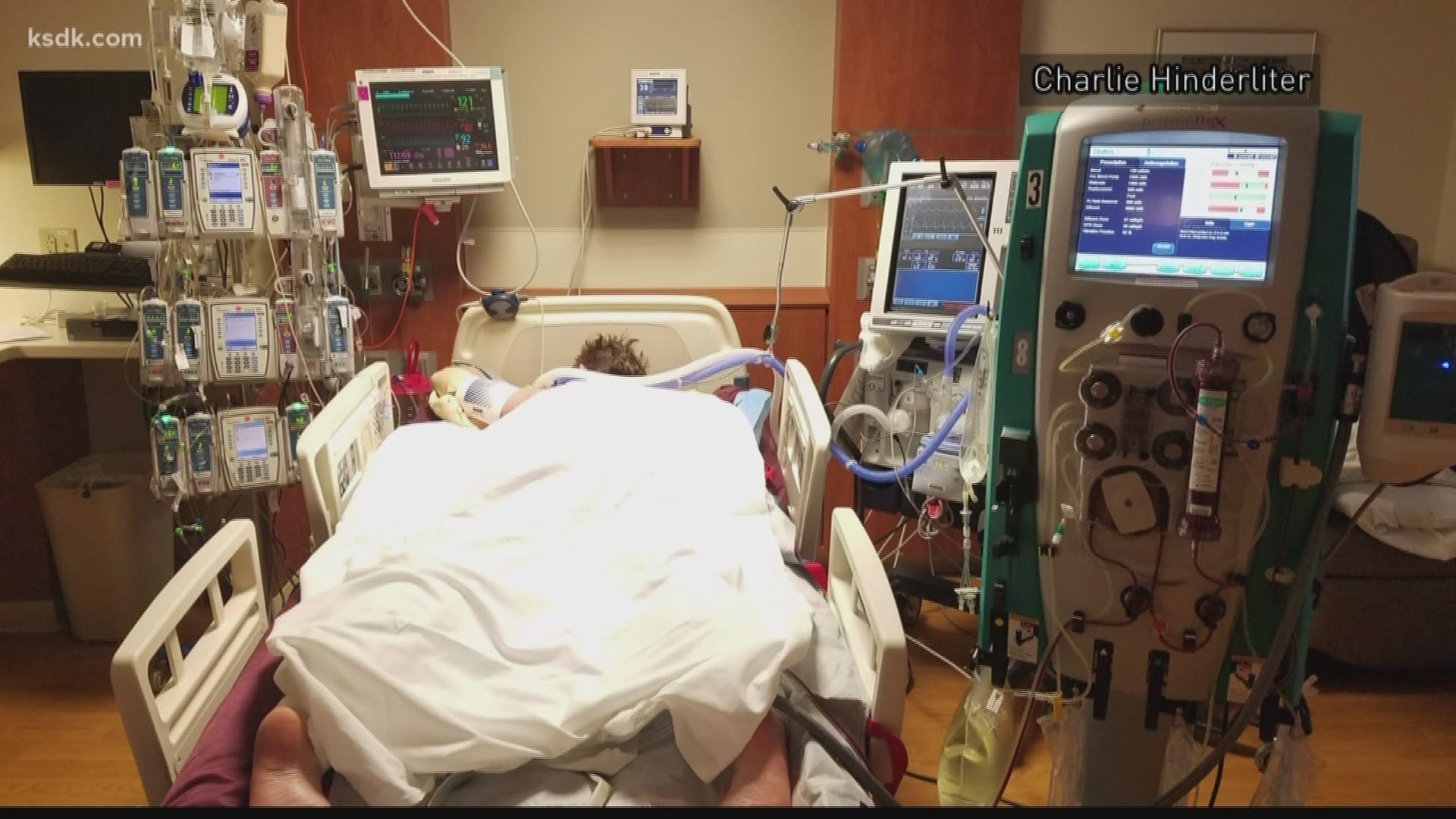 ST. LOUIS — Flu season is just around the corner. That means it's time to get your shot. If you're thinking about skipping it this year, you might just want to hear the story of what happened to Charlie Hinderliter last winter.

Hinderliter, 39, of Maplewood, spent 58 days at Mercy hospital last winter due to complications from the flu.

"It started off like the normal flu: got sick one Friday night and went to doctor on Tuesday and a couple of days later as well. By that following Friday night it was clear something had changed," Hinderliter said.

Hinderliter said he was hit with pneumonia, sepsis, septic shock and organ failure. He spent nearly two weeks in a medically induced coma.

“There were a number of points where I'm told they didn't think I was going to make it,” said Hinderliter.

The near-death experience convinced Charlie to do something this fall he hasn't done in years: get a flu shot. He’s also sharing his story in hopes others won’t skip their shot.

"If this is something that I can share that encourages others to get the flu shot and if one person can avoid what I had, it’s certainly worth it," Hinderliter said.

Dr. Jad Khoury of Mercy worked on Hinderliter’s case. He said it is uncommon but not unheard of for a person in their 30’s and in good health to become this ill from the flu.

Dr. Khoury urges people to get a flu shot but said it’s too hard to predict if Hinderliter would have been spared from the flu last winter if he had gotten the shot.

“We know from published data that the flu shot can prevent the flu and reduce the risk of complications. So there is a good possibility may have helped if he had received it,” Dr. Khoury said.