St. Louis children's hospitals near capacity, and not just from COVID

"We're now seeing it in infants, toddlers, school age children and teenagers with more symptoms than we really recognized during the first phase of the pandemic" 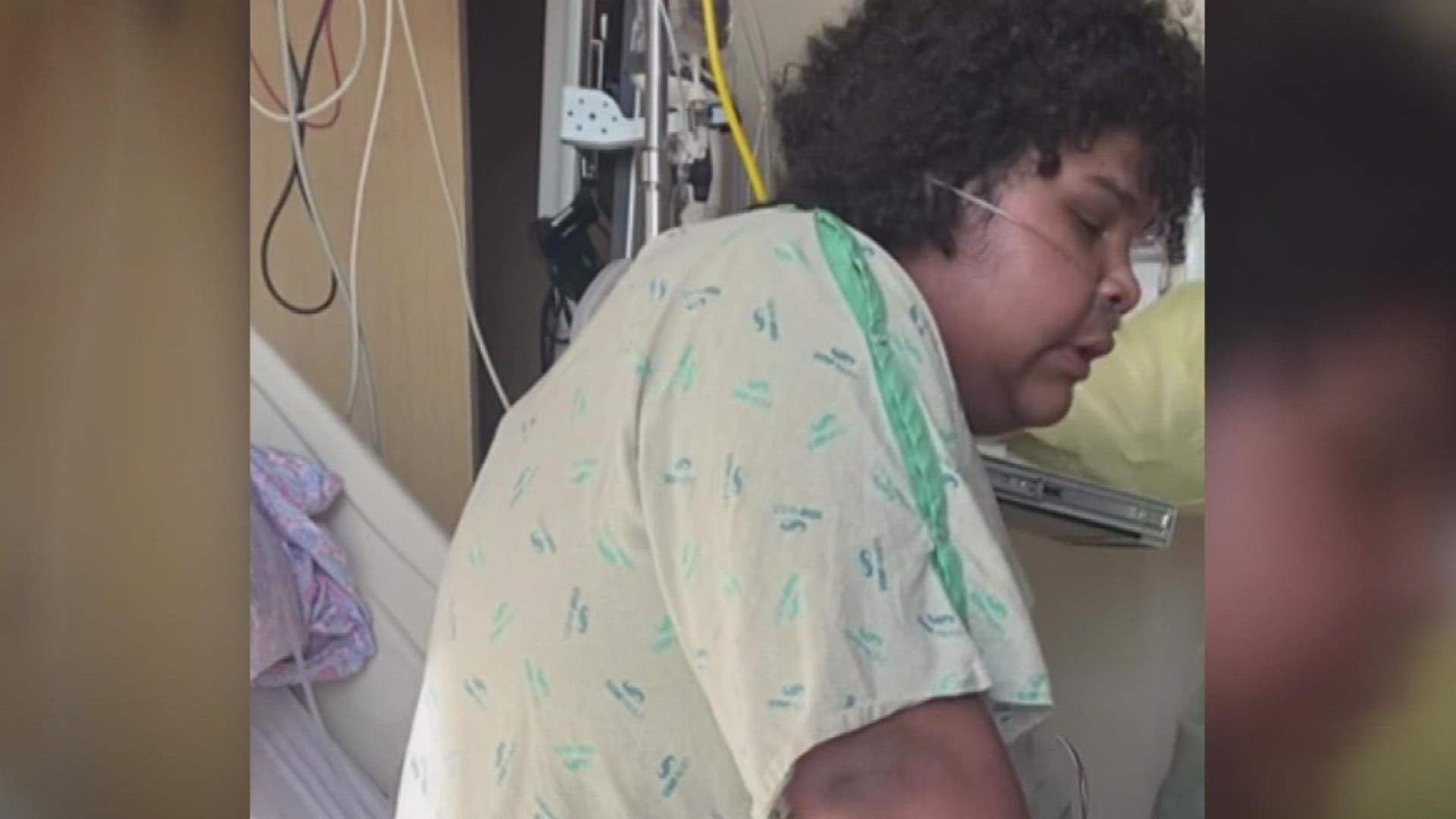 ST. LOUIS — Pediatric hospitals in St. Louis are filling up during this latest wave of COVID-19 and while it's not just the virus filling beds with sick children, doctors do believe the pandemic is at least partly to blame.

At SSM Cardinal Glennon Children's Hospital the chief medical officer said on a typical day the hospital might see around 40 patients. Right now, it's closer to 200 a day.

"It's hell. And that's the only way to put it. It is a living hell," she said in the hallway outside her son's room.

After just one week back at school, Pollnow said her son caught the virus and is now struggling to recover.

"If he moves too much he coughs and he can't breathe," she said with her voice cracking as she described "sleepless nights, listening to him breathe, wondering are they going to say tomorrow that he has to be placed on a ventilator?"

Pollnow said his school in Warrenton, Missouri, doesn't require masks and Asher had yet to get the vaccine.

"I just decided last week we're going to do it and too little too late," she said. "So I beat myself up for that."

There are about 40 kids hospitalized with COVID-19 in the major St. Louis hospitals right now. While that may not seem like a lot compared to the more than 500 total COVID-19 patients, doctors said this phase of the pandemic is hitting kids harder than at any other time.

The staff has been working longer shifts and more days a week for the past several weeks.

"We were one patient out, one patient in in a matter of seconds," said pediatric nurse Abby Meyers. "It's been really, really crazy and hard on nurses."

While not every child on the floor where she works has COVID-19, doctors do suspect the pandemic is one of the reasons the hospital is so full right now.

"It must be some of the downstream effects of a pandemic for a year and the impact that that has had on kids and families," said Dr. Strand. "Whether it's their diabetes and difficulty with diabetes management, whether it's breathing and viral bronchiolitis and viral pulmonary infections or trauma... it has filled our hospital up to where our staff is working very hard every shift of every day.”

While pediatric hospitals deal with this surge of young patients, the advice from doctors is the same as it is from Asher Pollnow's mother, Jennifer.

She said that’s better than wondering, "Am I going to bury my child?"

One other factor contributing to the crush of kids in the hospital's emergency room is COVID-19 testing.

Kids not wearing masks who are potentially exposed to the virus are considered close contacts and must test negative to return to school.

The hospital said it could take hours for a child with no symptoms to get tested in the emergency room with so many higher priority patients. The hospital suggests parents have their kids tested at one of several free testing facilities set up around the St. Louis region. You can see a list provided by SSM Health in the document below.