The untold story of the man behind the Arch's "guiding light"

"His saying was, yep. I was the guy who put the light up on top of the arch, and that's all he would say," his daughter says. 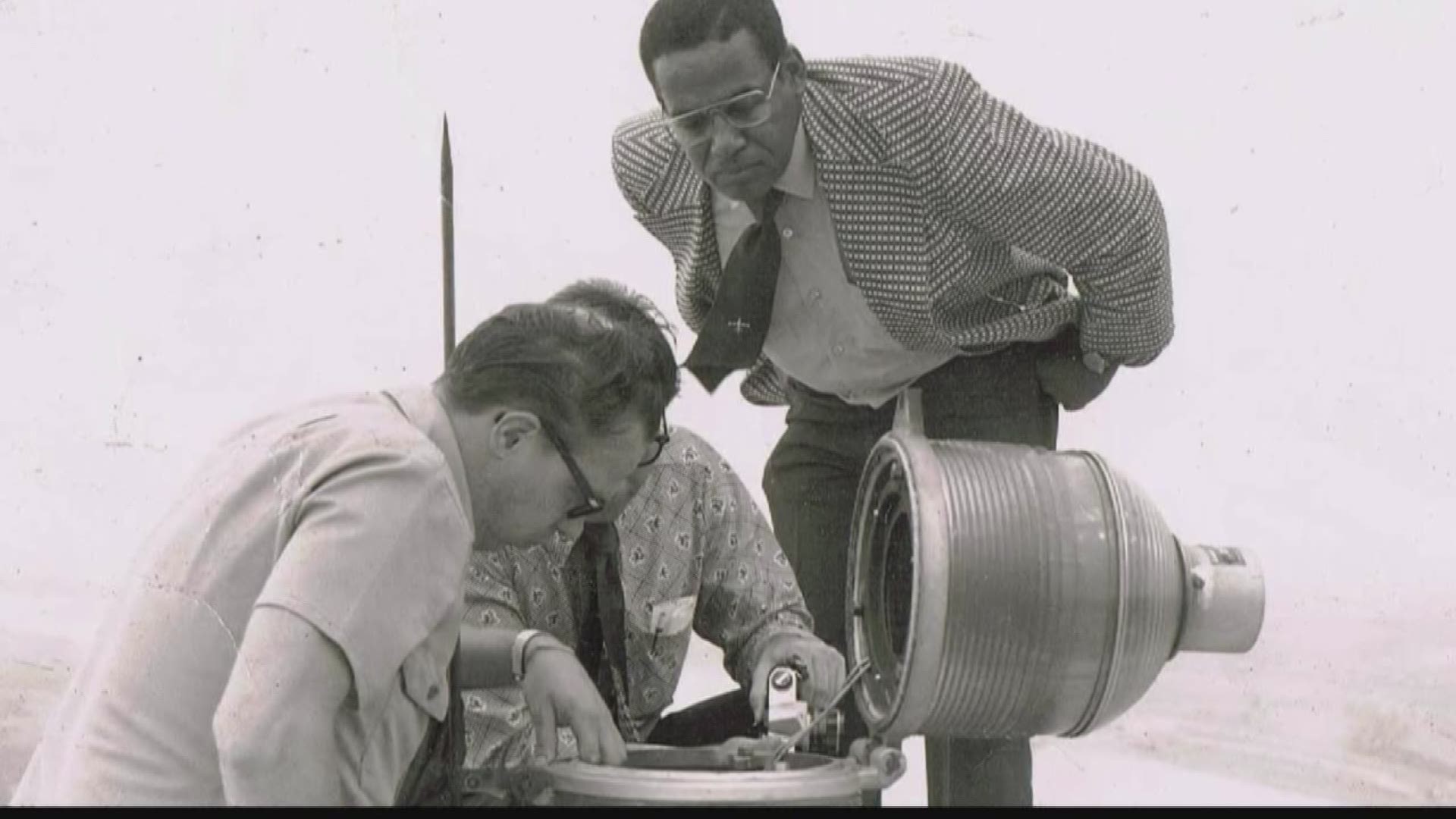 ST. LOUIS, Mo. — From the base of the Arch, you can't even see it, but Celeste Garrett says, it was her father's crowning achievement.

"I didn't have any idea of the significance of all of this," says Celeste Garrett. "I didn't really appreciate it back then."

Her father, Silas Garrett, was working as an engineer for the Army, near the Arch during it's construction, when he noticed a gleaming flaw, in an otherwise sterling example of American architecture.

"He petitioned the city to put a light on top of the arch," says Garrett.

It's something, perhaps only a former pilot, like Silas, would have noticed.

Celeste, who now lives in Chicago with her husband, says it took him months to convince the federal government that this was crucial for the Arch's safety in the sky.

When they finally agreed, he had to do most of the work himself.

"He spent a lot of time in that garage tinkering and I remember there being a whole host of drawings on graph paper with arrows and all kinds of stuff," says Garrett.

Celeste says, when Silas would talk about the Arch, he would brag about the installation.

"His saying was, yep. I was the guy who put the light up on top of the arch, and that’s all he would say," she says.

It wasn't until his funeral in 2015, that she learned from his friends that he was the mastermind.

"If it was mentioned, I didn't appreciate it but I don’t think they even mentioned it to me," says Garrett.

He returned more than 25 times, after the installation, for updates and upgrades. Each time, he never wore a harness.

"I have a fear of heights, obviously something that my father did not have," she says.

Celeste says, his role has largely been forgotten from the beginning, including when local reporters covered the original installation of the light.

"The people coming out to cover it actually interviewed the installers thinking they were the geniuses behind putting this light up, not my dad," says Garrett.

But her husband thinks, it's not too late to right that wrong.

"Someone said, you know, your father in law, he was a hidden figure and I thought about it and said, yea, it’s something that definitely deserves more attention," says Bennie Currie, Celeste's husband.

So yes, from the base, you can't even see it. At least during the day.

But at night, Silas Garret's crowning achievement is one of the brightest lights in the city that he loved.