A furniture store owner in Houston has turned his stores into shelters to help evacuees. 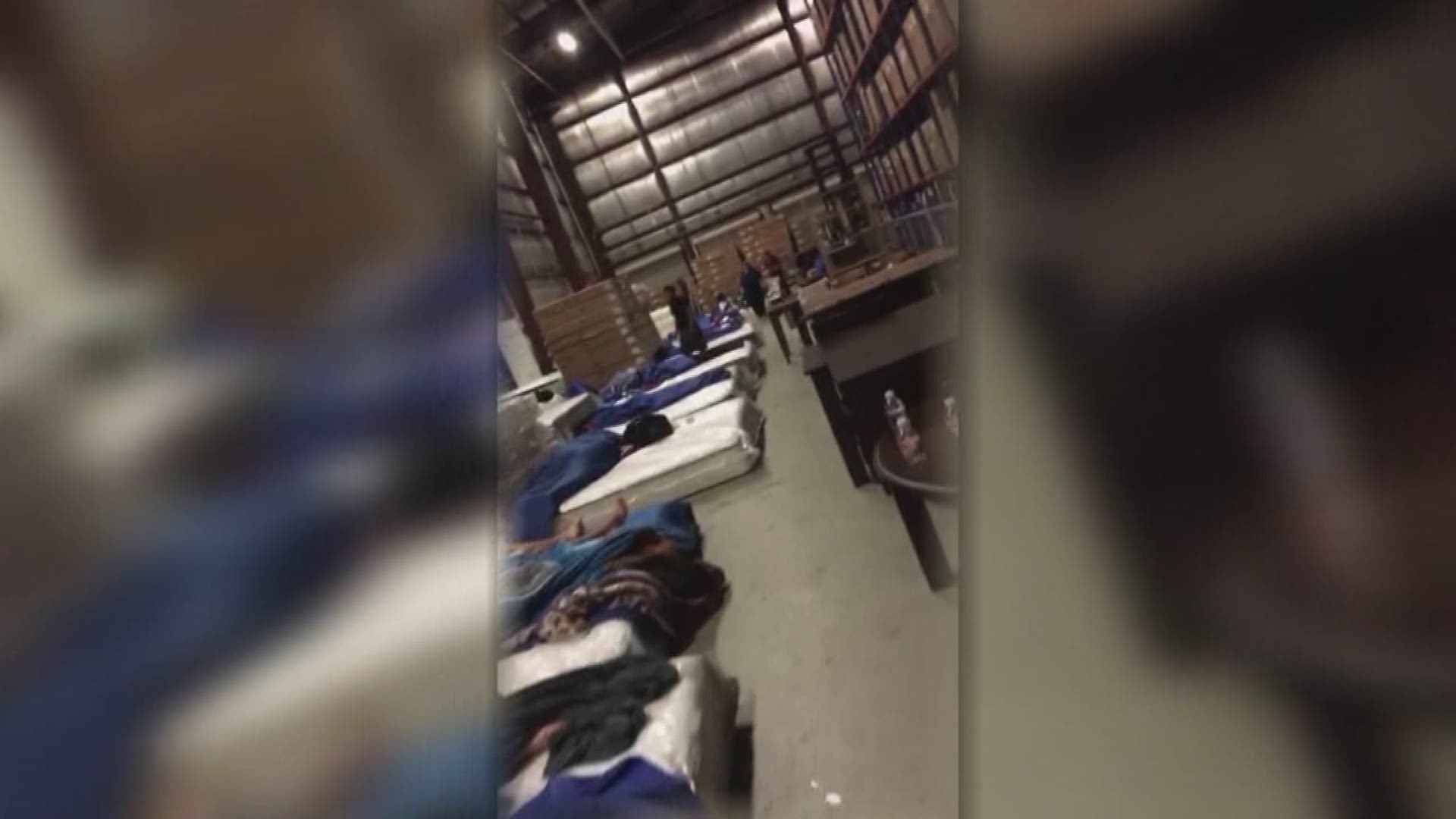 A furniture store owner in Houston has turned his stores into shelters to help evacuees.

Jim "Mattress Mack" McIngvale of Gallery Furniture said after the storm hit Houston, he gathered volunteers and his trucks to rescue people.

"We had several Penske rental trucks, 24-foot trucks that you can get in any flooded street. We sent volunteers out in Houston picking up people," McIngvale said.

McIngvale said the community has always supported him in the toughest of times. In 2009, someone lit his warehouse on fire that resulted in millions of dollars' worth of damage.

RELATED | Texas Cares: How you can help victims of Hurricane Harvey

He said supporting Houstonians during this tragic time is his way of giving back. Currently, there are 400 adults and children at two of his stores.

McIngvale said he is providing free breakfast, lunch, and dinner for the evacuees.

"I was raised as a Catholic. I continued my Catholic faith throughout my life, trying to do the right thing and hopefully, you do the right thing and help people along the way," McIngvale said. "Sitting in a perfectly normal house one day and then, 10 minutes later you've got three feet of water in it. So, it's very stressful and we're trying to help them out because they've done so much for us over the years," McIngvale said.

McIngvale is a household name in Houston, known for his commercials and a catchy phrase: "Gallery Furniture will save you money!"

He's also, largely known for his philanthropy. He's given to numerous charities. For more than 20 years, he's donated rooms full of furniture to families in need for Christmas.

McIngvale has provided shelter to people once before. He helped 200 evacuees who fled New Orleans from Hurricane Katrina.