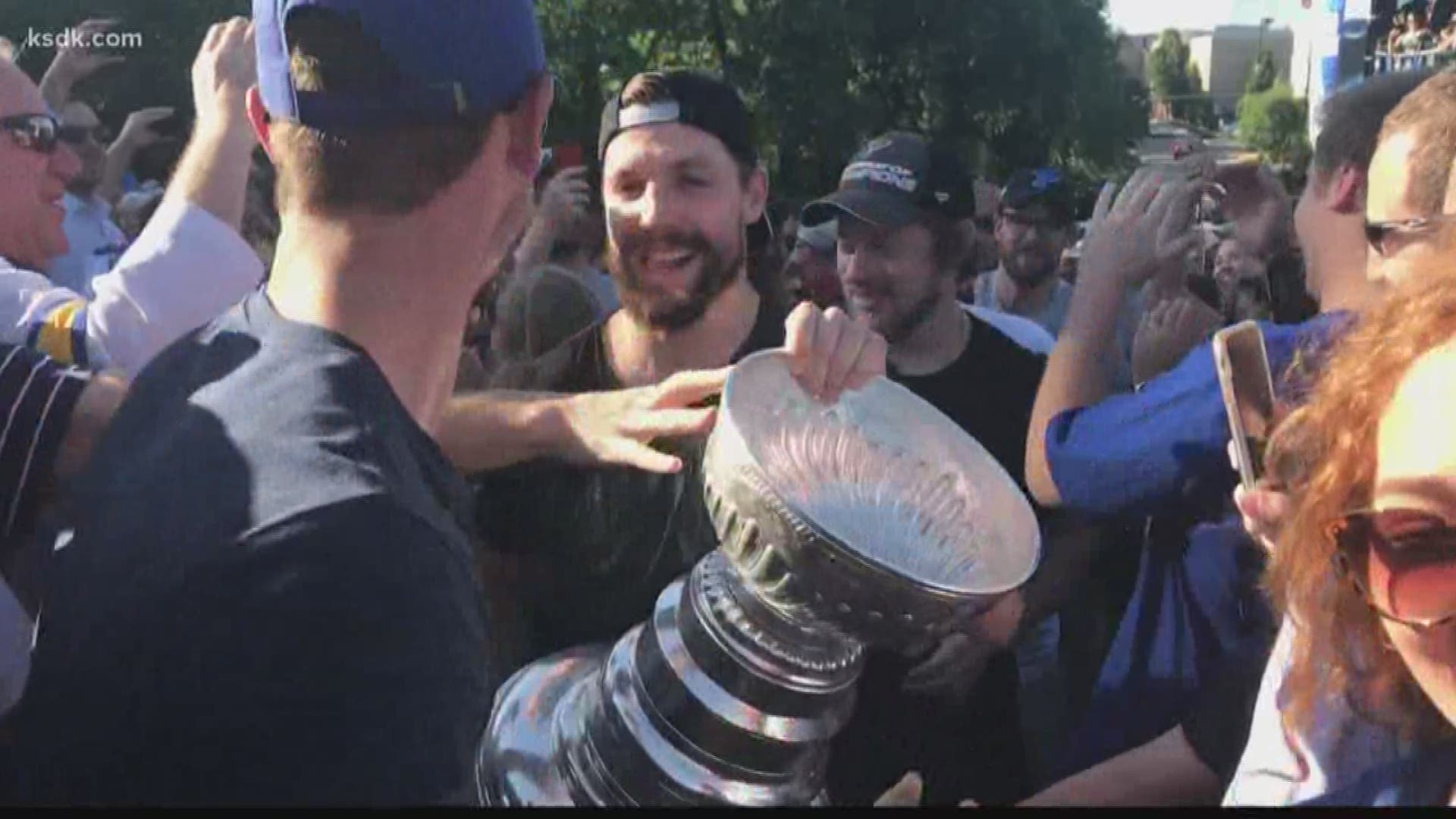 BOSTON — We've never seen a story quite like it.

Sure, St. Louis isn't short on sports icons, but the only two guys to come close to what Jordan Binnington pulled off in 2019 are Kurt Warner and David Freese.

Jordan Binnington was already the big man in town after bursting onto the scene in January and taking the hockey world by storm.

Now, by guiding the Blues to a Stanley Cup, he's a bona fide St. Louis legend.

The man will never have to pay for a drink or a meal in the city of St. Louis for the rest of his life.

Sometimes, a hot goaltender is all you need to get you to the end. The Blues had the hottest in the league.

RELATED: THE ST. LOUIS BLUES ARE BRINGING HOME THE CUP!!!

RELATED: Here is what Laila said about her "boys" winning it all!

In Game 7, Binnington was otherworldly. He stopped 32 of 33 shots, many where he ended up sprawled across the ice like an area rug.

Every new save was an adventure in Game 7 and took the breath out of the TD Garden crowd. I've never seen anything like it.

The guy who only got a shot because his team was in dead last halfway through the season is going to bed on Wednesday night the starting rookie goaltender of a Stanley Cup Final winning team.

I also finally got the answer to my question, "Would Jordan Binnington finally let loose and celebrate if the Blues won the Cup?" The answer was yes.

But that didn't mean he wasn't still a man of few words during the post game chaos.

When asked about his message to St. Louis fans?

"We did it," Binnington said through a smile.

His trip around the ice with the Stanley Cup also got a big cheer from his teammates and the Blues fans in the crowd.

"It was heavier than expected. But what a feeling," Binnington said. "All that hard work to have that moment is incredible. Very happy to be a Stanley Cup champion."