The investigation resulted in charges against one officer, but those charges had nothing to do with Taylor's death. 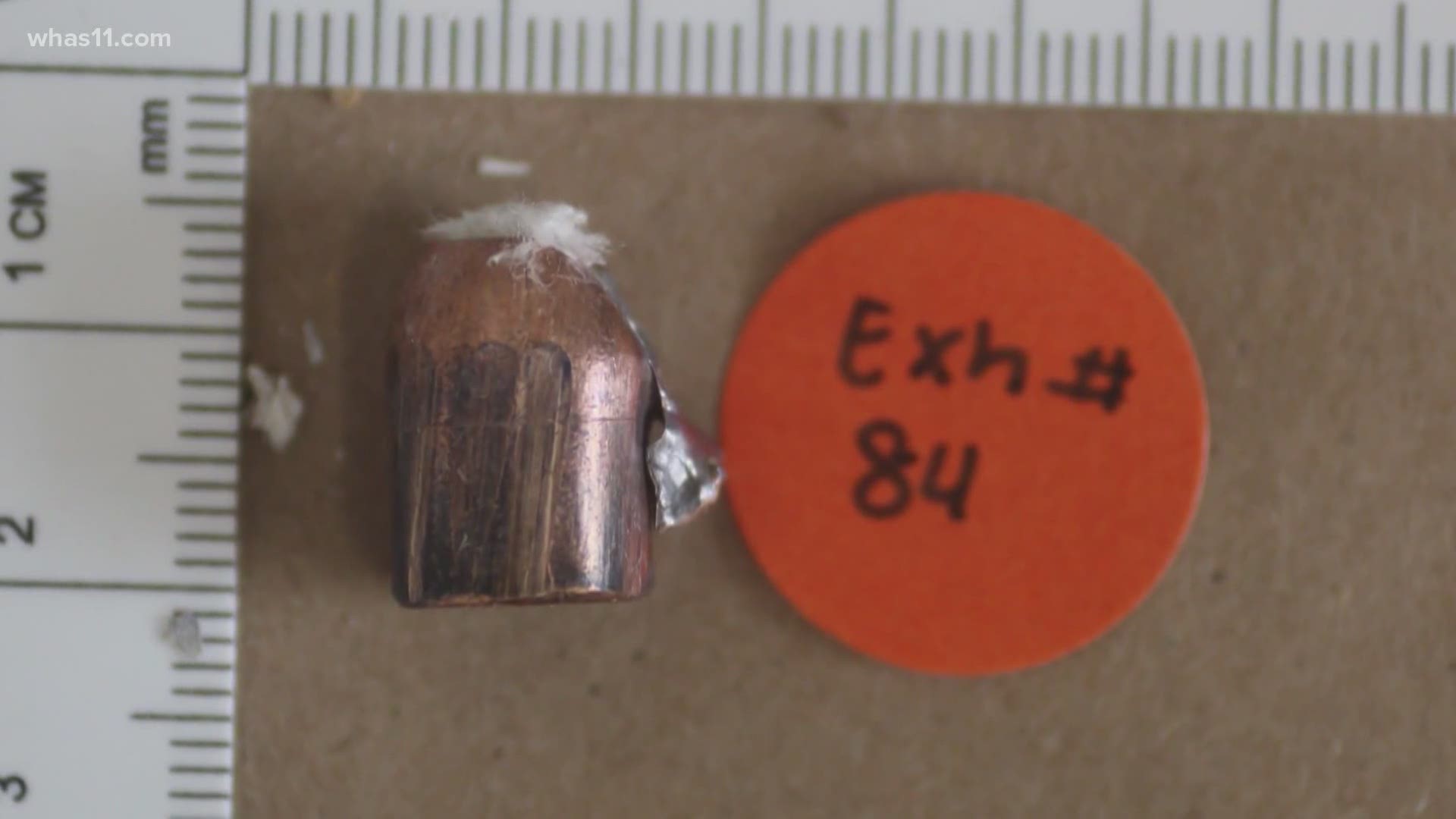 With no body camera video to review, the attorney general said his team focused on crime scene photos, ballistics, 911 and police radio records and interviews to piece together what happened on the night of March 13 when Breonna Taylor was shot and killed in her Louisville apartment.

As a result of the investigation, former Louisville police officer Brett Hankison was indicted by the grand jury on wanton endangerment charges for allegedly firing shots that went into a nearby apartment. He was taken into custody but released a short time later, after posting his $15,000 bond.

Cameron said his office will "vigorously prosecute" the charges against Hankison.

Here's what else we learned:

While Cameron said his office's investigation did not include the obtainment of the "no-knock" warrant by LMPD officers, he said evidence shows the "officers both knocked and announced their presence."

Cameron also said another witness corroborated the officers' statements. During an interview with police, Kenneth Walker said he and Taylor heard a "bang" at the door, but did not know who was there.

"When officers were unable to get anyone to answer the door at apartment #4, the decision was made to breach the door," Cameron said during his press conference Wednesday.

Cameron said this evidence shows that the warrant served the officers was not considered a "no-knock" warrant.

Walker's attorneys said he did not know who was entering the apartment, so he fired one warning shot. Walker also admitted to firing first.

The ballistics report revealed that Mattingly was shot in the leg by a 9mm handgun. LMPD officers fired 40 caliber weapons so Mattingly could not have been hit by "friendly fire," according to Cameron.

How many shots did each officer fire?

In Brett Hankison's termination letter, LMPD Interim Chief Robert Schroeder said Hankison "blindly" fired ten rounds into the apartment, but Cameron said there was no evidence that any of his bullets hit Breonna Taylor.

Some of Hankison's bullets did go into a nearby apartment, endangering three people, which resulted in the counts of wanton endangerment.

Over the last several months, there had been conflicting reports on how many times Breonna Taylor was shot. Her death certificate only counted five, but Cameron said a sixth "projectile" was found in Taylor's foot during the investigation.

Cameron said only one shot was fatal, likely killing Taylor within two minutes. While the state lab could not come to a conclusion on which officer fired the fatal shot, the FBI lab concluded that the bullet came from Officer Cosgrove's weapon.

Officers Mattingly, Cosgrove 'justified' in their use of force

The other two officers identified in the investigation, Sgt. Jonathan Mattingly and Det. Myles Cosgrove, were not indicted by the grand jury Wednesday. The attorney general said Kentucky law finds that the officers were justified in their use of force in response to Walker's shot.

While many were hoping that the officers who shot Taylor would be held responsible for her death, Cameron said murder charges were "not applicable to the facts before us."

What we don't know

During Attorney General Cameron's press conference Wednesday, he stressed that his office's investigation and the federal investigation into Breonna Taylor's death were separate.

Cameron said his office did not include the following in their investigation:

Cameron said the FBI will continue its investigation into whether any federal laws were violated.

Six LMPD officers, including Mattingly and Cosgrove, are currently under investigation by the department's Professional Standards Unit, according to ABC News. The results of those investigations are still pending.

The exact items that were presented to the grand jury will likely remain sealed for some time. Cameron said he does not plan to release that information, at least until after Brett Hankison is prosecuted.

More on the Breonna Taylor investigation: