I-Team: Exclusive look at evidence from the Thomas Bruce investigation

After St. Louis County prosecutor Wesley Bell got a guilty plea in the Catholic Supply Store shooting, he's sharing the evidence that put Bruce behind bars for life 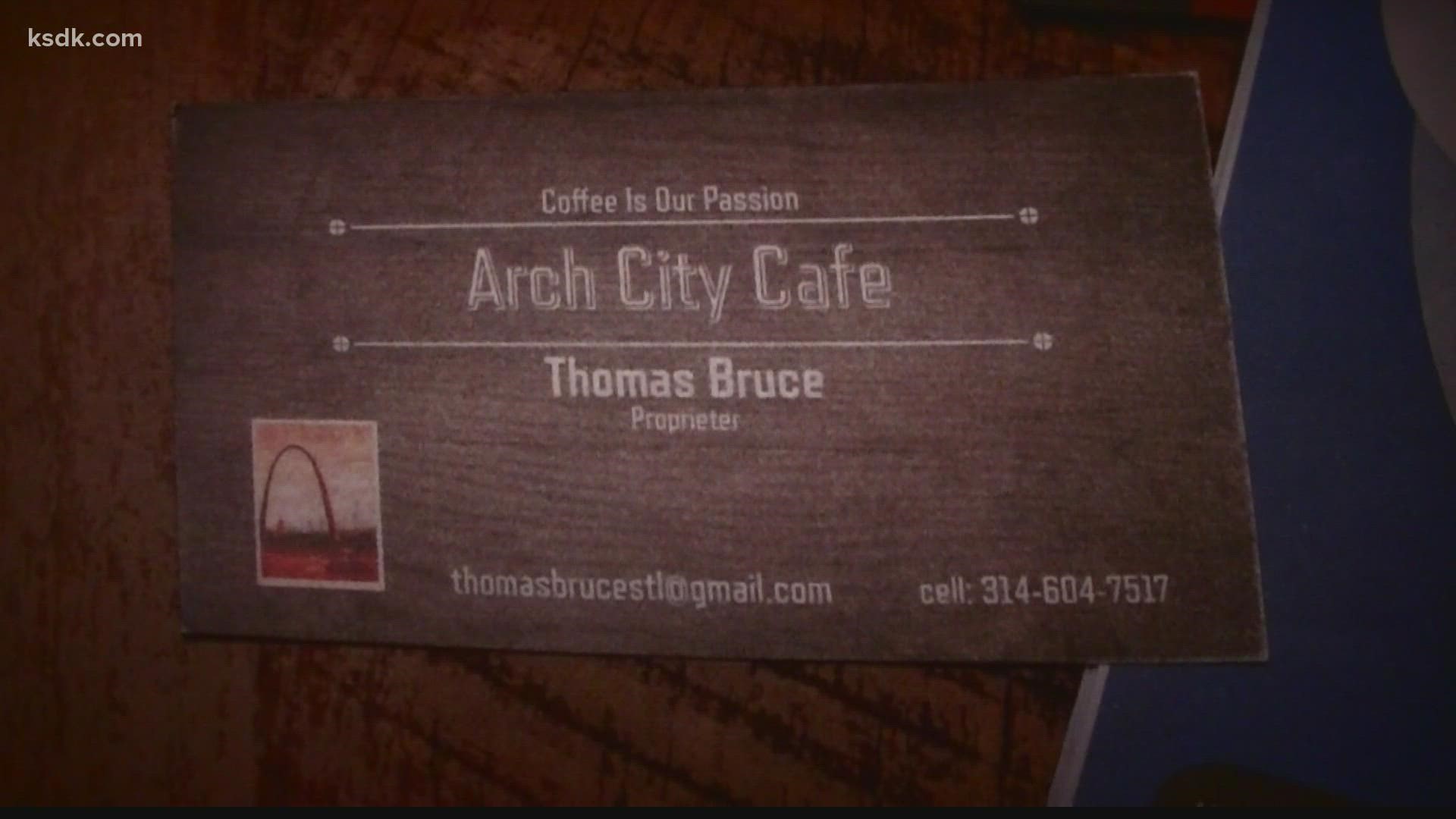 "As you all can see, my office is still in trial mode," he said in a sit-down with the I-Team's PJ Randhawa.

On October 22, 65-year-old Thomas Bruce plead guilty to first-degree murder. He admitted to the court that he sexually assaulted two workers in the Catholic Supply Store in Ballwin before killing Jamie Schmidt for refusing his demands.

"We were going to bring justice to these families," Bell said.

The plea hearing, which involved statements from Bruce's victims, and the victims' families, was the final step before the judge accepted the prosecutor's recommendation that Bruce be sentenced to life in prison.

"Killing her didn't seem to affect him at all," said Bell. "Anyone who can do that, there's a special place in hell for those individuals."

Years before Bruce walked into the Catholic Supply Store, he called himself a man of God. He moved from California to Jackson, Mo., in 2003 to open a Calvary Chapel.

"To me, it was just more ironic that this was an ordained minister -- that an individual like this who would use religion to try and, you know, for cover for his exploits," said Bell.

Bruce kept a clean record until October 17, 2018, when police caught him in an alleged road rage incident on dash camera in Jefferson County. Prosecutors in the same county later alleged that he had also committed burglary and sexual abuse against a woman in September 2018. She would identify Bruce as her attacker based on media coverage of his arrest.

A press release last week announced that, as part of the plea deal in St. Louis County, prosecutors would drop the burglary and sexual abuse case in Jefferson County, with the victim's approval.

The I-Team got an exclusive look at the evidence that put Bruce behind bars. Investigators were able to connect Bruce to the crime scene initially because of a business card with his name as the proprietor for "Arch City Cafe."

The story continues below.

1 / 10
St. Louis County Prosecutor's Office
Evidence photos show what the Catholic Supply Store looked like on the day of the shooting.

The business venture, which was never registered with the Missouri Secretary of State, is tied to a website with posts dated in July 2018 seeking co-investors to help open a cafe in Imperial.

The business card was given to a worker at a bar near the crime scene. That was enough to put police on the trail and eventually get a search warrant for Bruce's home on Geranium Drive.

There, investigators found the murder weapon and the distinct hat that his victims remembered him wearing.

The evidence recorded in his home showed a glimpse of his everyday life, with Bible quotes on the wall, a Trader Joe's receipt, and lottery tickets on his desk.

Police recovered more of Bruce's clothing in the garbage container behind his home. There, investigators found crucial DNA evidence that linked him to the crime.

"We had I.D., fingerprint, DNA, ballistics, you name it," said Bell.

Death penalty was never an option

Even with what the prosecutors considered overwhelming evidence, they never sought the death penalty.

Just before he plead guilty, Bruce told the court he had bipolar disorder and depression. Bell doesn't buy it.

"There's no evidence supporting that there was any mental health issue that contributed to him committing this crime other than his decision to do this," he said.

Bruce is on his way to his new home, a maximum security Missouri prison. The Department of Corrections will take custody of him after November 1st, according to docket filings.

Bell says the survivors and the victims' families consider that justice.

"We do this job to bring justice. And in this case, we were able to do that," he said.

RELATED: Innocence Project has setback in attempt to test DNA that could link decades-old murder to Thomas Bruce

Investigators in St. Louis County have suggested that Bruce may be connected to other murders, most notably the 1985 murder of US Marine Corps lance corporal Suzanne Collins in Millington, Tenn.

Government officials confirmed that the FBI was investigating Bruce as of 2020. The FBI in St. Louis would not confirm whether the investigation is still active.