"My hope would be that more people that look like me have the opportunity to be employed." 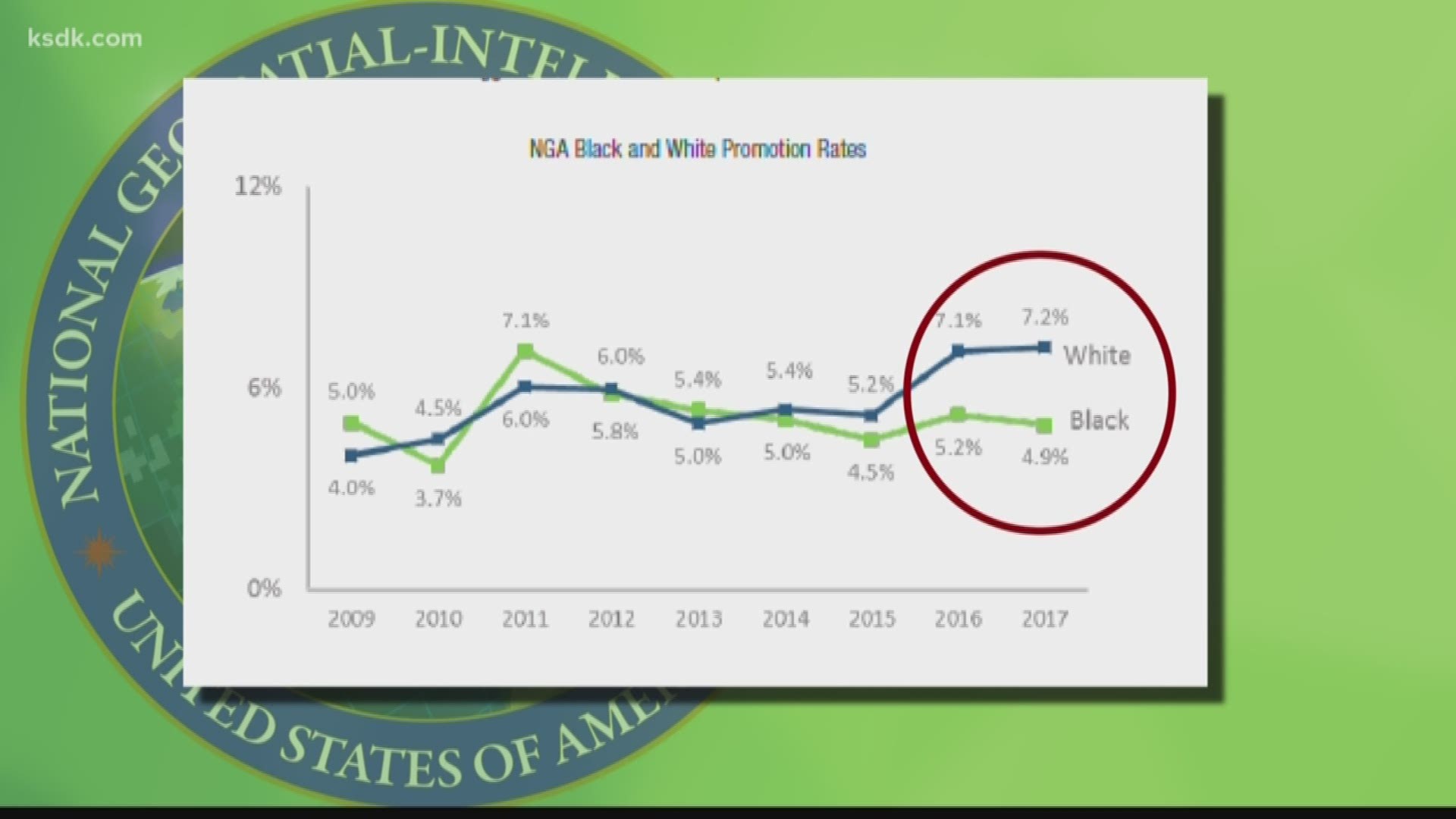 ST. LOUIS — They're one of the largest employers in the bi-state area. But now, the government agency admits to years of racial discrimination.

A self-study ordered by the National Geospatial Agency revealed that their black employees have a harder time getting a promotion than the agency's white employees.

And some former workers told 5 On Your Side it's a problem that's been going on for decades.

For eight years, Carla Greene was a cartographer the National Geospatial Agency.

"I photo interpreted photos and drew maps from that," said Greene, who started at the agency in 1991.

She said at first she felt like a company star, and was quickly promoted up the ladder.

But then Greene said it just stopped. No matter the quality of her work, she noticed, she wasn't advancing within the company.

But she said plenty of her co-workers were.

"I would see other equivalent co-workers that started off as the same rank as I did, but then they were somehow promoted into a higher position," said Greene.

Curious, she would ask her supervisors for feedback.

"What is it that I need to do so I can get to that spot?" she asked.

I-Team: Did you ever get an answer?

And her experience perfectly echoes the findings in a study done by NGA itself.

The topic: The 'State of black promotions' within the agency.

For example, the report confirmed that in 2014, the NGA did not promote any African Americans to the position of senior executive. The study also found black employees were promoted less often than their peers.

"Some people were unofficially mentored and I wasn't sure how that went. Probably with the socializing," said Greene.

The study also identifies African American employees were more concerned about being judged on their "hallway file.” An unofficial assessment based on who they socialized with, their cultural fit and personality.

It was a constant consideration for Greene.

Ultimately, the NGA said the goal of its study is to create a more diverse workforce. It's something Greene is hopeful those who follow in her steps can experience at the agency.

"My hope would be that more people that look like me have the opportunity to be employed," said Greene.

NGA workers have filed more than 33 federal discrimination complaints against the agency since 2005.

In a statement, the NGA said they're working to develop more networking and mentoring opportunities for minorities in the agency.

The agency's western regional headquarters have been near the Anheuser-Busch Brewery south of downtown, but a bigger, more modern facility is being built in north St. Louis. The agency employs more than 3,000 workers.