The I-Team discovered six boxes of private medical records dumped in north St. Louis. DaVita Dialysis said they had been "lost" or "stolen." 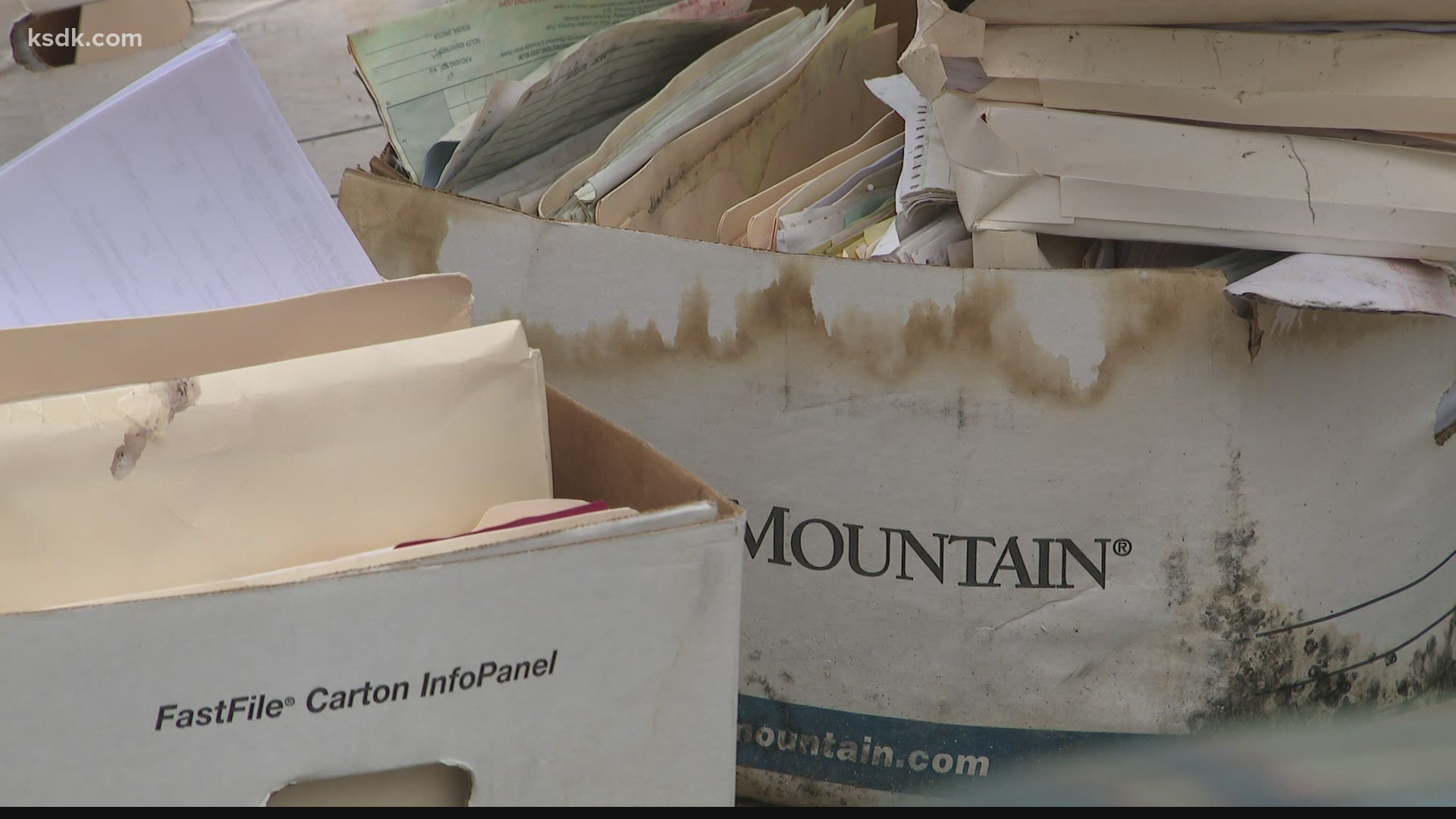 FLORISSANT, Mo. — A popular Florissant dialysis clinic is the subject of a class-action lawsuit after an I-Team report uncovered the facility “lost” the medical records of up to 60 patients.

In July, the I-Team found dozens of private medical records for DaVita Dialysis patients dumped behind an abandoned building in north St. Louis.
We traced them back to a DaVita Dialysis location at 10887 W. Florissant Ave.

“It's 14 years of information, personal information,” said one patient, who we notified about the breach. She had received treatment at the facility for several years. Her medical history was among the dozens we found abandoned.

“I feel like I [have] totally been violated now, just open up to whoever,” the patient told us.

DaVita eventually admitted some of its files had been "lost or stolen."
Investigators for the Missouri health department initially took on the case. However, they declined to cite the facility over the abandoned files. A federal investigation into the breach is ongoing.

“When these sorts of places are not appropriately held accountable, we can come in to make sure that they get the slap on the wrist that they deserve — to make sure that our clients are compensated for what happened to them as well,” said Alex Wolff, attorney with Wolff Trial Lawyers in St. Louis.

Attorneys Maureen Brady and Wolff recently filed the class-action lawsuit against DaVita on behalf of all 60 other patients who had their medical files dumped. In the lawsuit, they claim people who’ve had private medical information exposed are approximately 9.5 times more likely than the general public to suffer identity fraud and/or identity theft.

“Unfortunately, it happens more often than you think,” said Brady, an attorney with McShane & Brady in Kansas City. “If someone's identity is stolen, there are stopgaps to help that situation, whereas in a medical information [case] once it's gone, it's gone. You can't put it back. You can't undo what you know.”

“Somebody knows that those records were supposed to go. Absolutely. Somebody knows. And to me, DaVita is that somebody, and they need to be held accountable for that,” said one DaVita patient said.

In a statement from DaVita Kidney Care, they stated, “While we are not discussing the pending litigation at this point, as a health care company we take the privacy and security of patient information extremely seriously.”

If you received a letter from DaVita Dialysis last fall saying your records were lost or stolen, you can join this class-action lawsuit. Contact attorneys Alex Wolff or Maureen Brady:
alex@wolfftriallawyers.com, 314-584-4105
mbrady@mcshanebradylaw.com,  816-888-8010