"I feel filthy. On all my water dishes and my birdbath, there's a weird gray ring. I was walking by the dryer vent one night back by my garage, I could smell the sewer coming off my laundry." 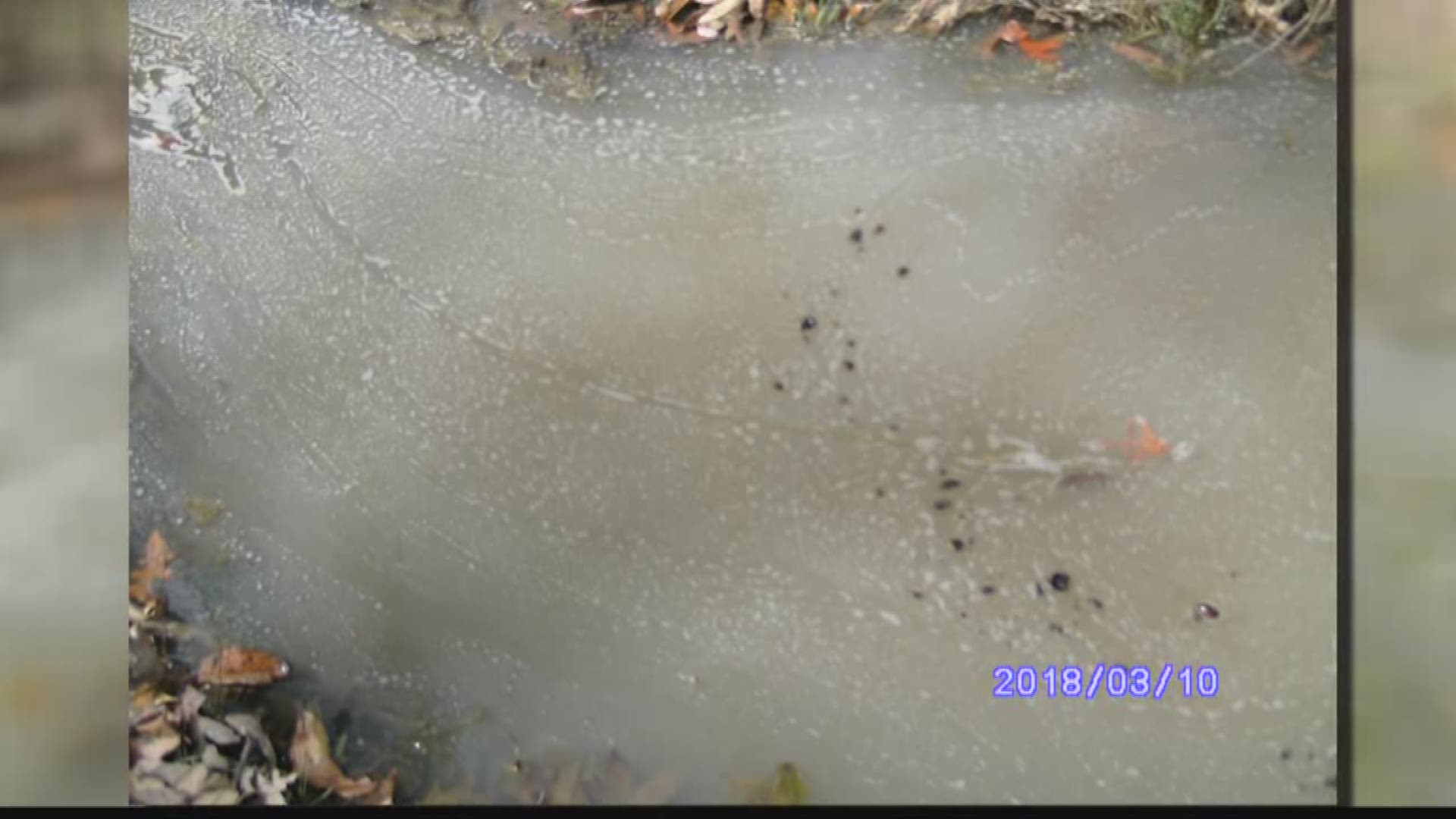 "I could smell it plain as day, sitting here drinking my tea the other morning," said Ralph Younkers, a veteran and longtime Brownstown resident.

So what is the stink assaulting Younkers' senses?

"The creek back here is full of raw sewage. It gets about two-feet-deep back there of black nasty crap," said Younkers.

Turns out, his neighbor's septic tank has been broken for more than a year. Younkers said it's been spilling raw sewage into the creek behind his home and that sewage has been seeping into his well, his main source of fresh water.

"I feel filthy. On all my water dishes and my birdbath, there's a weird gray ring. I was walking by the dryer vent one night back by my garage, I could smell the sewer coming off my laundry," said Younkers.

The Fayette County Health Department even tested Younker's well water and found e-coli and other potentially harmful bacteria. They ordered Younker's neighbor to fix or replace his septic tank. But a year later, It still hasn't been replaced or repaired.

"This boy is shamefully pissing on everybody. You, me, God and everybody. And he has no timeline to fix it," said Younker.

Younkers' neighbor wasn't home to talk and has not returned our calls.

So the I-Team went to the Fayette County Health Department to get answers about why the sewage was still flowing.

"The way I understand it, the landowner is saving money to replace the septic, it's not something he can afford to do," said Heather Jackson with the Fayette County Health Department.

I-Team: "So until he has the money, sewage is just going to flow into the creek and into the well next door?"

Jackson: "Unfortunately there's nothing we can do about it. Is there sewage in it? There could be."

I-Team: “Would you drink the water? “

Jackson: "With the Coliform in it, no I probably wouldn't."

The county health department told us the waste could continue to flow because they don't have the power to stop it.

I-Team: "So there's no point where you can come in and say 'Hey, it's been a year, when are you going to fix this?'"

Jackson: "No, no. There's no enforcement written at the state level or county level."

"Thing is, the world I'm used to living in, people don't do this to one another," said Younker.

Younker has disinfected his well several times with the county's help but said the septic tank leak continues to pollute it.

We've also sent off samples of Younker's well water to the state lab for testing.

If you think your drinking water might be contaminated or unsafe, the state can help you find out for sure. Just get a water testing kit from your local health department. In Missouri, it'll cost you $10. In Illinois, it's free.