Before the August election even took place, high-level officials within Governor Mike Parson's office began looking at how to get around the anticipated loss of Prop A, an I-Team investigation found. 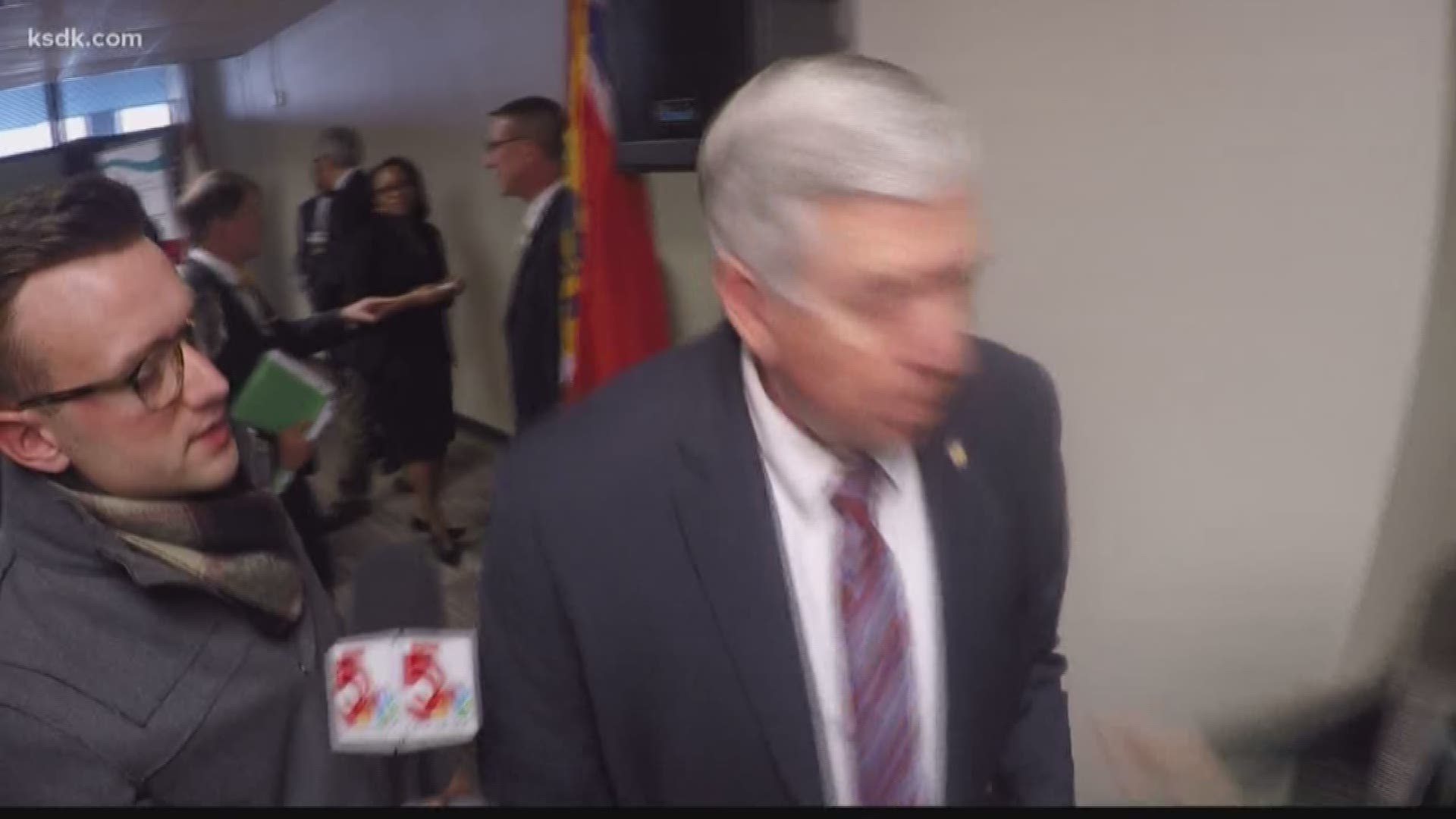 This past August, Missouri voters sent a clear message to lawmakers in Jefferson City.

By an overwhelming margin, they said they did not want the state to have so-called 'Right to Work' legislation on the books.

The controversial measure that appeared on the primary ballot, Prop A, failed by 35 percent. The outcome effectively killed a 2017 law that allowed employees at private businesses to opt-out of paying mandatory union dues.

For decades, opponents of Right to Work have contended that it leads to lower wages and fewer rights for workers. But supporters say Right to Work is better for the economy because it attracts more business and jobs.

Now, five months after it was defeated in the Show-Me State, Republicans have revived their efforts to enact Right to Work again.

5 On Your Side reported on Tuesday about legislation pre-filed by Senator-elect Eric Burlison of southwest Missouri. It’s another Right to Work bill that would ban employers from requiring employees to become, remain or refrain from joining a labor organization or paying dues as a condition of employment.

But the I-Team has learned it’s not just the legislative branch looking to implement Right to Work again. There’s been a concerted effort within the executive branch as well.

Before the August election even took place, high-level officials within Governor Mike Parson’s office began looking at how to get around the anticipated loss of Prop A.

Their plans are spelled out in nearly 80 pages of often-redacted documents obtained by 5 On Your Side through a public records request. You can read those documents at the bottom of the story.

For example, on August 6, just one day before the primary, Gov. Parson’s policy director, Kayla Hahn, sent an e-mail to his Chief of Staff, Aaron Willard. In it, she predicated Right to Work would be rejected by voters.

“According to the Secretary of State’s office, Missouri voters have rejected politicians’ laws in more than 90% of the referendum votes in the state’s history, and the historical odds are against the measure (Proposition A) being approved.”

However, the memo’s very title already proposed a solution: “Right to Work by County Ordinance.”

Hahn goes on to discuss how municipalities in other states, such as Illinois, New Mexico, Delaware and Kentucky, have passed the law locally, including details of the legal battles that followed.

To date, 27 states have Right to Work on the books.

She also provided links to “model ordinances” and “model language” for public and private sectors that have been developed by the American Legislative Exchange Council, an organization sponsored by the Koch Brothers.

Specifically, Hahn notes a correlation between a city or county that passed a local Right to Work ordinance and support for President Trump, among other factors including “favorable county government structures when considering partisanship…”.

Another e-mail from July shows Willard requesting that a staff member research and report how Kentucky counties managed to enact Right to Work before it finally passed there at the state level.

On July 31, that staff member writes “We may consider drumming up a municipality in Missouri to pass a right-to-work ordinance.”

The same e-mail came with an offer from an attorney for the Illinois Policy Institute who might potentially take a pro-bono case for a municipality in Missouri.

Other e-mails obtained by the I-Team show Parson staffers assembling a chart to determine which Missouri counties would be the best test case. And one indicator was whether Donald Trump won the county in the November 2016 election. Those charts can be seen in the last few pages of the documents at the bottom of this story.

According to public records, Parson’s executive team has identified 14 Republican stronghold counties that they believe would be “good candidates” for Right to Work at the county level.

But conversely, the governor’s team has also identified seven, more Democrat-leaning counties as “poor candidates” based on their “below average” support of President Trump.

Governor Parson was visiting St. Louis on Wednesday. Investigative Reporter Jacob Long attempted to ask him about this information.

He refused to offer any specifics and was whisked away by his security detail. But he did offer “it’s too early to say what form it might take” as a response.

5 On Your Side has followed up with his press secretary, as she requested, with more specific questions, but we haven’t heard back. 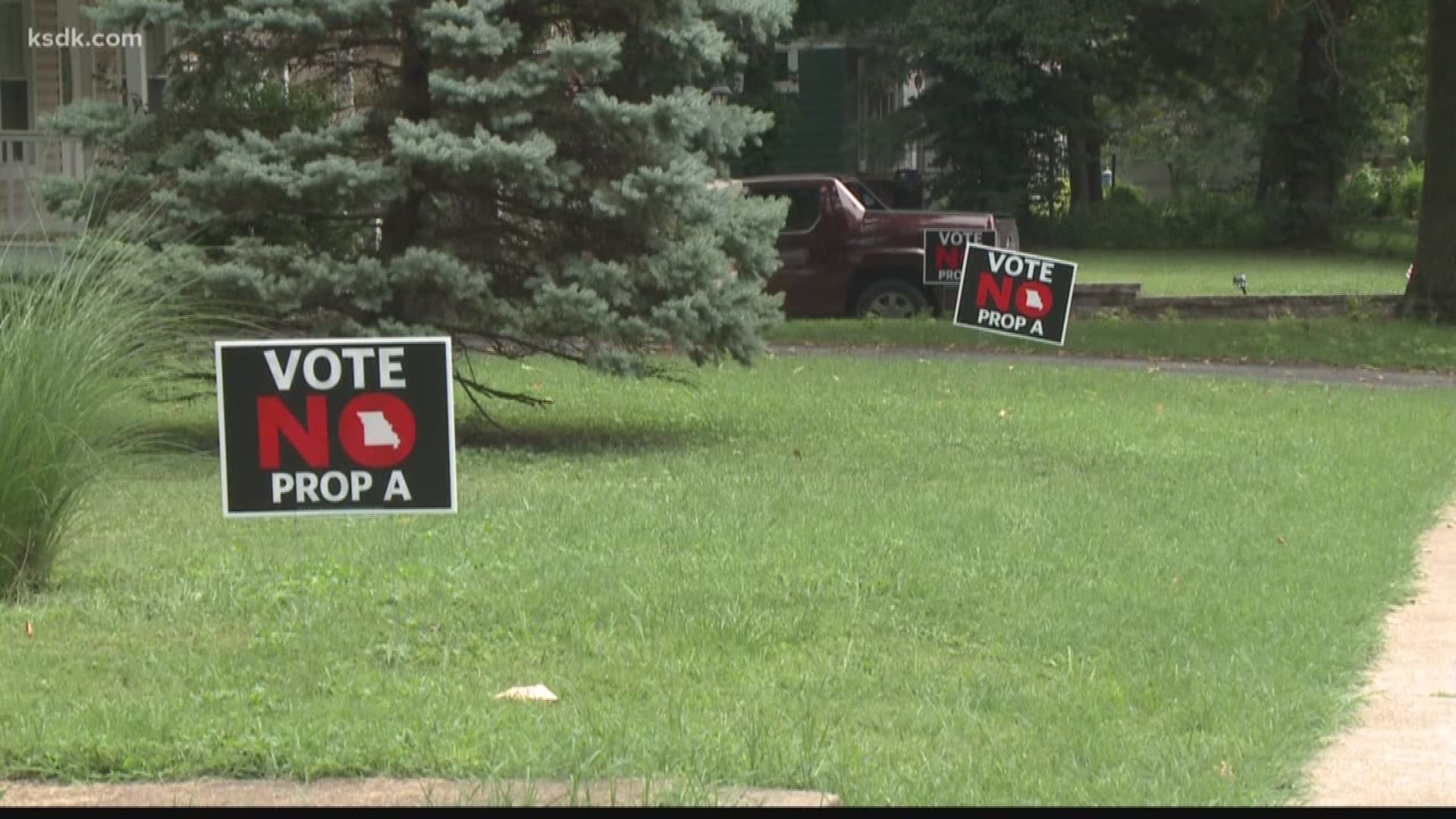 In 2016, a U.S. Court of Appeals Judge ruled in favor of the Commonwealth of Kentucky passing Right to Work on a county by county basis.

In Illinois, a Circuit Court Judge blocked the same effort. The case may eventually end up in the U.S. Supreme Court.

We’re not even close to that point in Missouri.

“I, to this point, have not heard the Governor talking out there talking about this on a county wide level. It’s obviously something that his people are looking into around the summertime but it’s not something we’ve heard a tremendous about,” says Keller