Tricky moving company scams to watch out for

From holding your stuff hostage, to jacking up the rate after your stuff is on the truck- know what to look for to avoid bad movers before it's too late 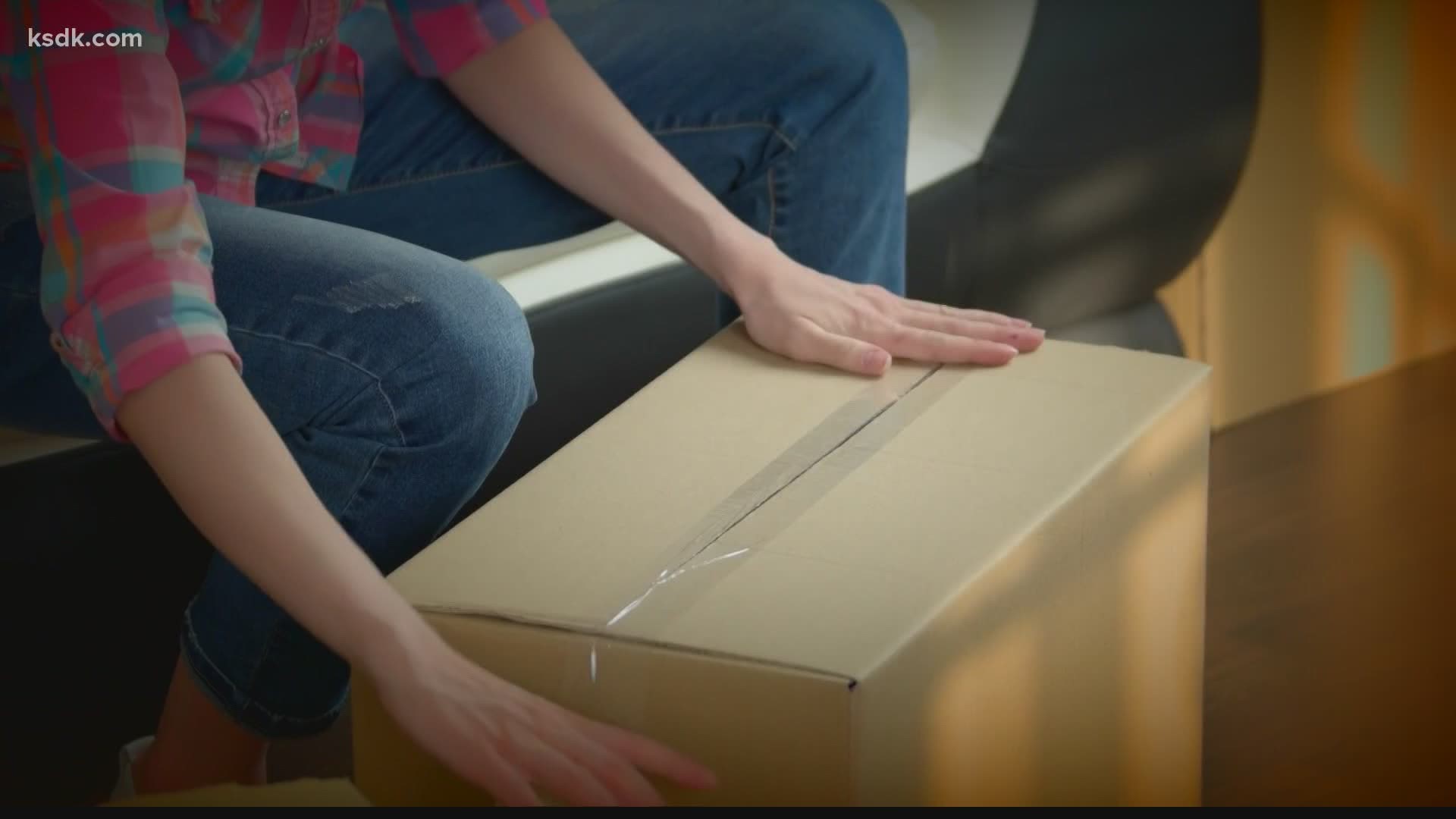 ST. LOUIS — More than 30 million Americans packed up their stuff and moved last year -- either within the state or somewhere else completely.

And even in a pandemic, people are still looking for moving companies to help them relocate.

5 On Your Side I-Team's PJ Randhawa has been looking into the biggest moving scams that are almost impossible to spot -- unless you know what you're looking for.

And it can be stressful.

But when Ann Ringuette was moving from Ohio to Missouri, she found a well reviewed company and felt safe enough to put a $700 deposit down for her move.

But when moving day arrived, the company that showed up, wasn't the one Ringuette hired.

"They showed up in a U-Haul it wasn't an actual moving company like I was expecting. The paper works at AM/PM moving," said Ringuette.

That new company, also had a new rate.

"They send me an invoice with the new estimate that's almost $7,000. They said 'you owe us some money or we're not delivering your staff'. And I was floored," said Ringuette.

"I talked to one Missouri victim who had been originally quoted a price like $3,000 then they raised it to $10,000 and they ended up paying $20,000," said Steve Baker, Investigator with the Better Business Bureau.

Ringuette soon found out the moving company she thought she hired didn't actually move anything.

"It was just a broker. So basically the $700 that I paid them...they just took," said Ringuette.

"You think you're hiring 'abc company', but they're not really going to do the move. They farm it out to somebody else shows up at a rental track to actually do the move," said Baker. "One victim told me that the people they they were actually doing the loading they recognize them from a local homeless shelter.
After they've got your stuff loaded. They make you sign a new contract."

Don't pay and you risk never seeing your stuff again.

"I've talked to people who slept on the floor for three months, waiting for this stuff to arrive and I talked to one woman who never ever did get her stuff at all," said Baker.

Ringuette's stuff never arrived in Springfield. It was held hostage for weeks.

"They said if i paid them $3500 cash that I'd be able to get my stuff back and I'd have to drive to St. Louis and get it," said Ringuette. "It turns out they had multiple peoples stuff there. They had Uhauls that they just park in a Walmart parking lot and kept locked."

Ringuette said she asked the police for help, but they told her it was a civil matter. Eventually, she caved and paid the movers.

That might've been the end of this sad story, but Ringuette is resourceful.

"When you make an interstate move it immediately becomes a federal concern," said Ringuette.

She contacted the Federal Motor Carrier Safety Administration and one of their agents called the movers with a very real threat.

"He told them, 'I am a federal agent for this and I'm letting you know it's a $10,000 per day fine for every day that you hold her belongings and you can serve two years in jail," said Ringuette. "Then [the company] had the check FedEx-ed to me overnight."

Baker said with so much risk involved in moving and handing over all your possessions, it may be wise to stick with a brand name company that is familiar and well-known.

Information and resources from the BBB

What to do if you are the victim of a moving scam:

An in-depth investigative study by Better Business Bureau (BBB) finds that scams are widespread in the moving industry, particularly when it comes to interstate moves. BBB receives an average of 13,000 complaints and negative reviews about movers each year, with many complaints describing how experiences with dishonest moving companies have turned into financial and emotional nightmares.

The investigative study -- Know Your Mover: BBB Study Reveals Scammers Price Gouge, Taking Belongings Hostage and Destroy Goods -- highlights the risk to consumers who do not do careful research before hiring a mover.

The U.S. Federal Motor Carrier Safety Administration (FMCSA), a branch of the U.S. Department of Transportation, regulates interstate and international moves. Of the 4,780 complaints FMCSA received in 2019, 57% involved overcharging. It is believed that fewer than 10% of victims report fraud to BBB or enforcement agencies, according to the Federal Trade Commission (FTC), so the actual size and severity of this problem is likely much larger and more severe than statistics reflect.