"He's hunting. He's hunting again," one victim said. "He's back to his old ways again where he's using fake phone numbers and fake profiles and trying to reach out." 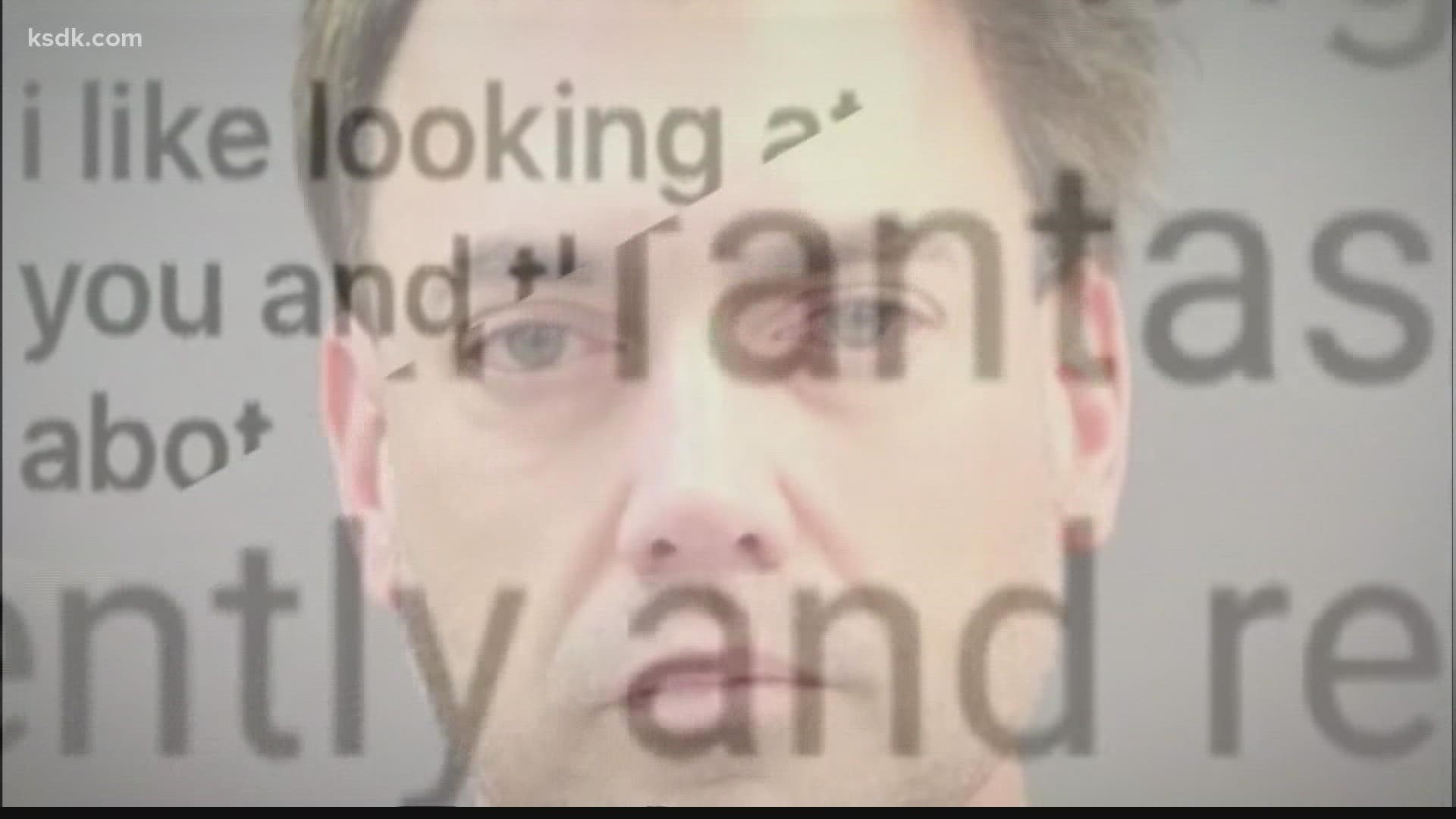 ST. LOUIS — WARNING: The content below may be graphic to some readers. Individual discretion is advised.

For the St. Louis women who were targeted by a notorious dating app harasser, what they went through is still a vivid memory three years later.

"He would describe in graphic detail his specific rape fantasies and how he'd carry them out and when and where," said one victim, who asked not to be named.

"The threats were exceptionally detailed, about wanting to rape me," said Angela, who asked not to be identified with her last name.

They're among the numerous women who spoke to the I-Team about the actions of Robert Merkle, a former St. Louis resident who was convicted on six counts of harassment across four criminal cases, starting in 2017.

That year, the I-Team learned about 40 women around the area who said they received threatening text messages from Merkle, an IT engineer who had no criminal history at the time.

Merkle had no personal relationship with any of the victims. Court documents say he found some of them on dating apps and met others at networking events. From there, his victims say, his tactics involved changing phone numbers and contact methods frequently to evade blocks and prevent the women from tying the messages back to him.

"When you then find out that there are multiple restraining orders and he's been arrested over and over," said the victim who asked not to be named, "then you're just terrified. I mean, just absolutely terrified, and it affects every single aspect of your life."

Merkle was sent to prison in 2018 for a three-year sentence. He was released in October 2020 on parole.

The victims whose testimony put Merkle behind bars in the first place say that he is targeting them again.

"He's hunting. He's hunting again," one victim said. "He's back to his old ways again where he's using fake phone numbers and fake profiles and trying to reach out."

The previous victims, as well as women who had not been contacted by Merkle before his conviction, say that parole hasn't slowed down the harassment.

In addition to victims in Missouri and Illinois, the I-Team uncovered documents that show police in Georgia and Idaho are also investigating links between local Internet harassment cases and Merkle.

The I-Team confirmed from documents that the Federal Bureau of Investigation has received complaints about Merkle. The FBI would not confirm whether it has an active investigation.

"Well, and I'm not a shrinking violet by any means, but these were scary and intense," said Megan, a Georgia resident who asked us not use her full name. "He basically was threatening to murder me while he raped me, that's pretty much the gist of it."

Police reports show Merkle is accused of sending some of those messages while living with his parents in Illinois.

In hearings leading up to his release on parole, Merkle told the court that he planned to go to his parents' home in order to seek treatment or court-ordered interventions. A restraining order shows the arrangement didn't last long. Merkle's parents wrote a letter claiming that they woke to find him standing over them in the middle of the night.

They wrote that they were afraid of what he might do.

Since complaints against Merkle started before his sentence finished, the I-Team wanted to know why his parole was never revoked.

One victim told the I-Team, "His original Missouri parole officer told me that as far as she's concerned, as long as she sees the whites of his eyes for his check-ins, then she's happy with the way things are going."

Despite numerous calls and emails to multiple members of the Missouri Board of Probation and Parole, no one associated with the board would answer questions about the victims' complaints.

They also declined to release the full conditions of Merkle's parole to the I-Team and to Merkle's victims.

"It is not a system set up for anybody's well-being," said Angela. "It shouldn't be a game of telephone. There should be a clear understanding of what's going on."

The victim who asked not to be identified said, "I'm in very intense therapy to be prepared for the worst-case scenario."

The victims who spoke to the I-Team said they believe, without repercussions for his actions during parole, that worst-case scenario is just a matter of time.

"The fact that this guy has access to this type of technology and gets unfettered access to it and can utilize it to send out these horrible things is mind-blowing," said Megan. "Absolutely mind-boggling. And we know that this behavior is going to escalate, something bad is going to happen, something bad's gonna happen."

Merkle was released from parole last month. His victims are concerned that someone like Merkle, with a background in technology, could hide their tracks well enough to avoid prosecution the next time around.

If you believe you have been contacted for online harassment by Robert Merkle, email the I-Team at 5onyourside@ksdk.com.