Woman still seeking justice after she said a deputy raped her, twice

For the first time, and using only the alias "Jane Doe" for protection, she is speaking publicly about the local law enforcement officer she claims targeted and raped her not once, but twice in her own home. 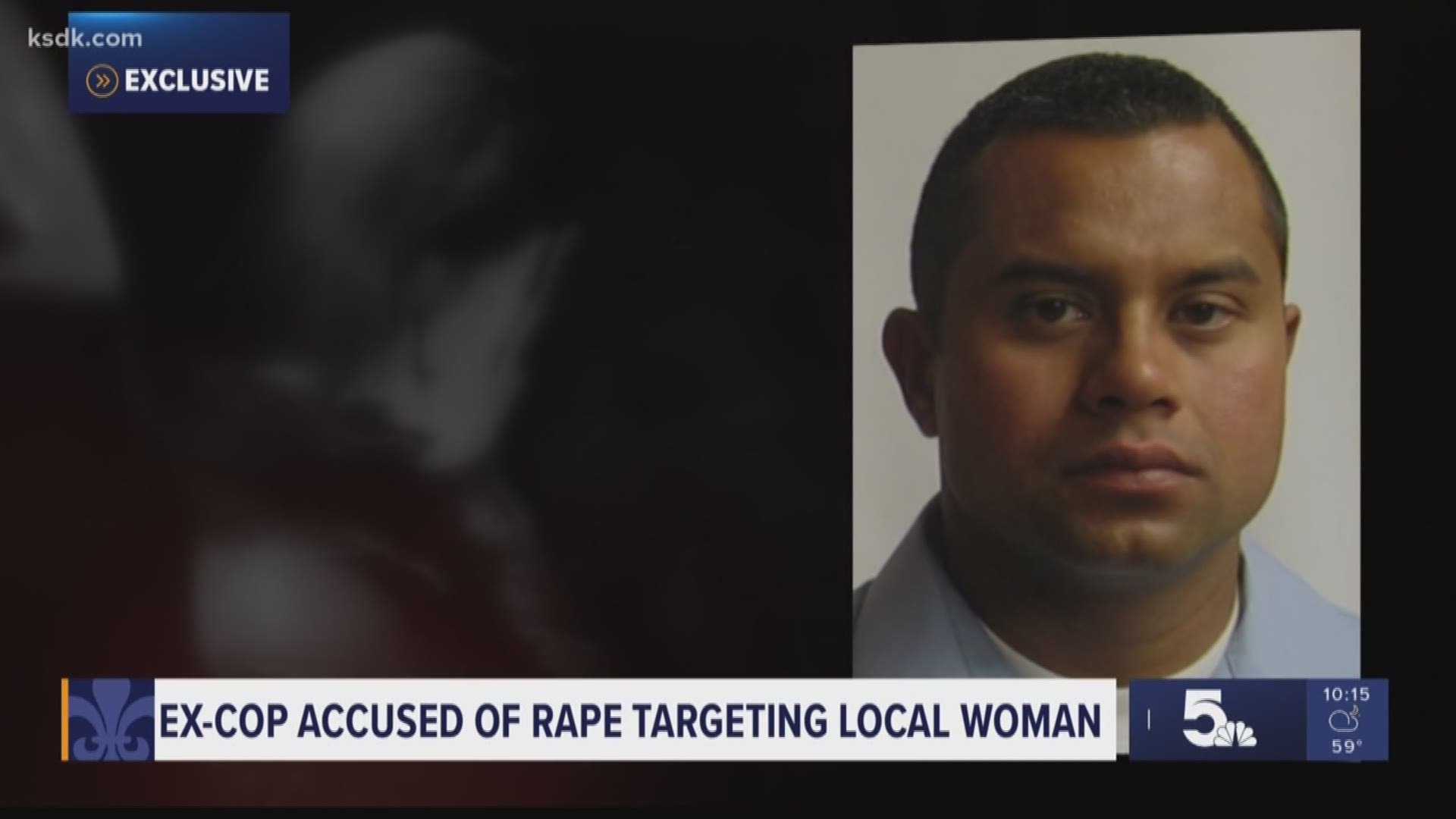 CAHOKIA, Ill. – Police officers are supposed to serve and protect people. They’re the men and women we call in times of crisis.

But a Metro East woman has become the latest example of what can happen when the power of the badge is used against you.

For the first time, and using only the alias “Jane Doe” for protection, she is speaking publicly about the local law enforcement officer she claims targeted and raped her not once, but twice in her own home.

“It was traumatizing. Officers just don’t do this,” she told 5 On Your Side Investigative Reporter Jacob Long in an exclusive interview.

In February 2017, Jane made a late-morning errand to the convenience store with her dog in the car.

“I said, ‘Let’s go, Mama. Let’s ride up to the store so I can get some single cigarettes before I go into work,’” she said.

On the ride back home, the 49-year-old was pulled over by St. Clair County Sheriff’s Deputy Robert Sneed in the 3200 block of Camp Jackson Road. She said it’s the first time she’s ever had an encounter with him.

“He was nervous. I asked why he pulled me over, but he still didn’t tell me why,” she claimed.

According to Jane, Deputy Sneed said the tags on her new car were expired. She said she was also upfront about the fact she was driving without a license and knew she could be arrested.

“He said, ‘OK, where’s your registration?’ I said I didn’t have my registration yet. I just got the car off the app OfferUp the day before for $500. I have a title and it’s at home,” she said.

That’s when Jane said Deputy Sneed came up with a suggestion. “He said, ‘I’ll tell you what. If I trail you home, you show me your title and everything will be fine.’”

So she said he trailed her to her home a few miles down the road in Cahokia. Once inside, Jane said she tried to show him her car title, but that Deputy Sneed was interested in something else.

And despite the fact that she is a lesbian, Jane said Deputy Sneed was not taking no for an answer.

“He grabbed my crotch and pulled me to him. And at that point, he unzipped his pants and his penis came out,” she said.

Jane said he forced her into having oral and vaginal sex against her will. He said she wanted to run out the front door and to scream, but didn’t think anyone would believe her next to a cop.

And there was one other thing that stopped her. She said Deputy Sneed was not only on-duty and in uniform, but that he was armed with his department-issued service weapon.

“I was afraid he was going to shoot me,” she said. “I just cooperated.”

But Jane doesn’t consider the encounter consensual. She said she felt pressured under his power and by his badge to cooperate out of fear of going to jail and losing her car, which she depends on for getting to and from work.

“I still had my car. I didn’t go to jail. I had my freedom. I thought it was just over with,” she said, adding that this first encounter was never officially reported to law enforcement out of fear she wouldn’t be believed.

But five months later, in August 2017, there was a knock at Jane’s door in the middle of the night.

Deputy Sneed was back. And like last time, he was armed, on-duty and in uniform with his squad car parked in her driveway.

Jane said Sneed forced his way inside her home, took off his vest and gun holster and pulled his pants down to his knees. Again, she said she was forced into having oral and vaginal sex with him against her will.

And after it was over, she said her fear and trauma turned more into anger with a decision that soon followed. She called a friend.

“I asked her to take me to the hospital. I told her I just been raped by a deputy sheriff in my house,” she said. “I let him get away with it the first time, but then you come back and that’s too much. You’re abusing your authority.”

Jane got a rape exam at Touchette Regional Hospital, where she also gave a statement to a Cahokia Police officer.

“He said, ‘You know if you’re lying, you’re going to jail right?’ I said I understood. But then he said, ‘If you’re telling the truth, we are going to get that scumbag right now,’” she said.

And according to court records obtained by 5 On Your Side, Cahokia Police did eventually catch up with Deputy Sneed. He was taken into custody on an arrest warrant on Aug. 31, 2017.

Then he was officially charged by the state on Sept. 22. But he was not charged with any sort of sex crime. Instead, St. Clair County prosecutors charged Sneed with two counts of official misconduct, which according to Illinois statute, carries a jail term of two to five years at best.

Sneed has since resigned his position from the sheriff’s department.

Meyer said DNA tests from Jane’s rape exam tested positive for Sneed’s semen. He said his DNA was found in multiple locations that were swabbed, and that the now ex-deputy ought to be charged with sexual assault.

“This is a great deal for him. He could get probation on these charges and go free,” Meyer said.

Jane said she believes he is getting a sweetheart deal for now.

“He sexually assaulted me in my home, not only once, but twice. I don’t think that’s fair at all.”

As for Sneed himself, 5 On Your Side attempted to contact him directly at his home, but he refused to answer any of our questions. His attorney has also refused to return any e-mails or phone calls regarding his case.

But Jane said the impact of what happened to her has since taken apart the life she once had.

“I’m paranoid. Every police officer I see I think they’re going to get me. I’m scared to be out in public, you know.”

Sneed is slated to go to trial for his official misconduct charges in December.

5 On Your Side attempted to get a comment from St. Clair County Sheriff Rick Watson, but he declined because he, Sneed and his department are now facing a federal lawsuit over Jane’s allegations.

She believes Watson and the department were aware that Sneed was troubled and having emotional issues after the death of his son, but that they failed to address the matter or adequately punish any prior instances of similar misconduct.

On Monday, St. Clair County State’s Attorney Brendan Kelly informed 5 On Your Side that the positive DNA results from Jane’s rape exam will be presented to a grand jury. When asked if it’s possible that Sneed will ultimately be charged with sexual assault as well, Kelly said “Oh yes.”