"We could hear somebody saying something and that's kind of when we knew we had to take action." 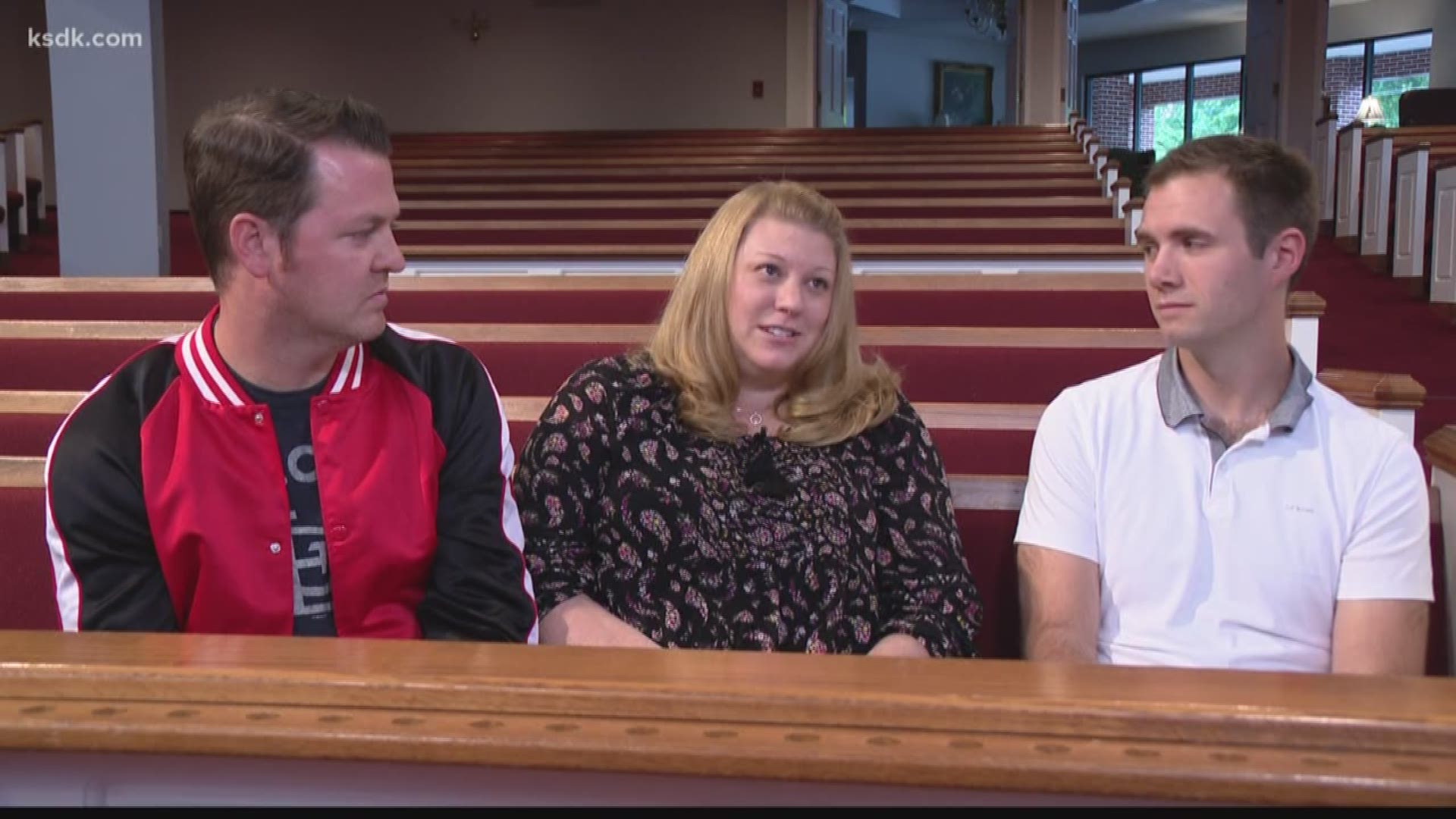 BELLEVILLE, Ill. — A Belleville woman is lucky to be alive after a fire at her home in the Metro East.

Signal Hill fire officials said it might have been a "tragic outcome" if three pastors hadn't driven by after their lunch and saved her life.

The woman's house caught fire last Thursday on Express Drive in Belleville. Fire investigators said the woman had no way of getting out of her smoky home by herself.

"We didn’t know how long she had been there. I think we kind of assumed she had fallen asleep," Matt Vollmar, contemporary worship leader and youth pastor, said.

On a typical day, Matt, his wife Lindsay and his associate pastor Andy Black would be preparing for their next church service.

"I would've been in my office setting up for Sunday morning," Children’s minister Lindsay said.

Last Thursday, the trio of pastors decided to take a lunch break at a friend's home and on the way back to church, they noticed something was wrong at a house in their neighborhood.

"I just saw smoke coming out the top of what looked like this house," Lindsay said.

The pastors said they went to check out the home and later discovered it had caught fire and was quickly filling up with smoke.

"It just engulfed. It just came out, the smoke just hit us," Lindsay said.

Signal Hill fire officials said the homeowner had left something on the stove and got distracted by a phone call. She tried to open the windows and let out the smoke, but it only got worse and quickly overwhelmed her.

"We could hear somebody saying something and that's kind of when we knew we had to take action." Lindsay said.

After hearing someone crying for help, Matt and Black quickly jumped into action while Lindsay called first responders.

They eventually found the woman, who made a desperate plea for their help.

"She kept saying help me, help me," Matt said.

Black said when he and Matt spotted the woman she was in bad shape.

The group of pastors told 5 On Your Side they credit God for the timing and for helping them save a woman's life.

"I think God had his hand on this situation," Black said. "She was our neighbor and it's grateful that she is out and that she is going to be okay," Lindsay added.

Fire officials said the first floor of the home sustained smoke damage but added that most of the fire was contained to the kitchen.

The victim of the fire is expected to be OK.