Amazon driver who was shot will get new wheelchair-friendly home

The architect says while he can't help Jaylen regain function, what he can do is make navigating his new life a little easier. 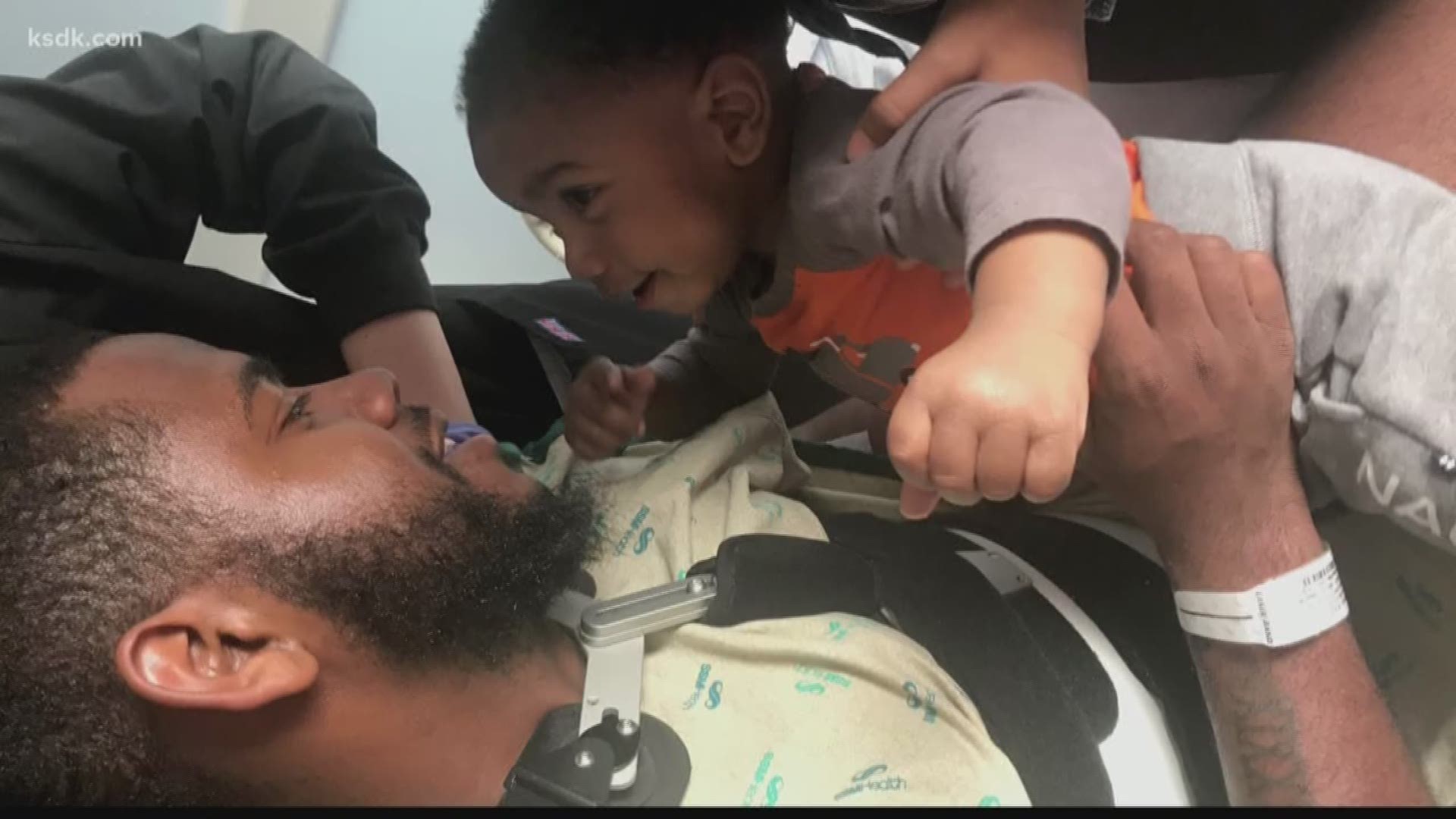 ST. LOUIS — Nearly $40,000 has been raised on GoFundMe for an Amazon delivery driver who may never walk again.

Jaylen Walker is an Amazon delivery driver who was shot in the spine after a fight in a parking lot.

That day Walker learned his life would never be the same.

"I'll be paralyzed for the rest of my life. There were so many things [going through my head]," Walker said.

That's where Adam Pickett came in. The architect for the Benton Design Group said while he can't help Jaylen regain function, what he can do is make navigating his new life a little easier.

"You know a simple thing from changing a door knob to a door lever can be much easier for someone that doesn't have the same mobility that you and I have," Pickett said.

Both Adam and Jaylen are dads. He says that special connection was what pushed him into action.

"He was in the hospital bed there was a variety of things he could have been feeling. But to hear him talking about his son and how there lives were going to be changing and everything they would be going through and all the transitions I think that really stuck out to me more than anything," Walker said.

Friday, Adam met Jaylen and the son he spoke so fondly of for the first time.

"He and I had great conversation, we got a hug in on the way out got a picture together that he wanted to take and I loved it," Pickett said.

And while some home improvements would be nice, Pickett is thinking bigger.

"Ideally, I told him today, we got a long road ahead of us but my goal is were going to find a way to design you a house," Pickett said.

He also said he's ready to get the ball rolling and has already gotten offers to help from companies around the country.