"I was shocked immediately and that's when I nudged my husband and said you've got to see this," recalled Campbell 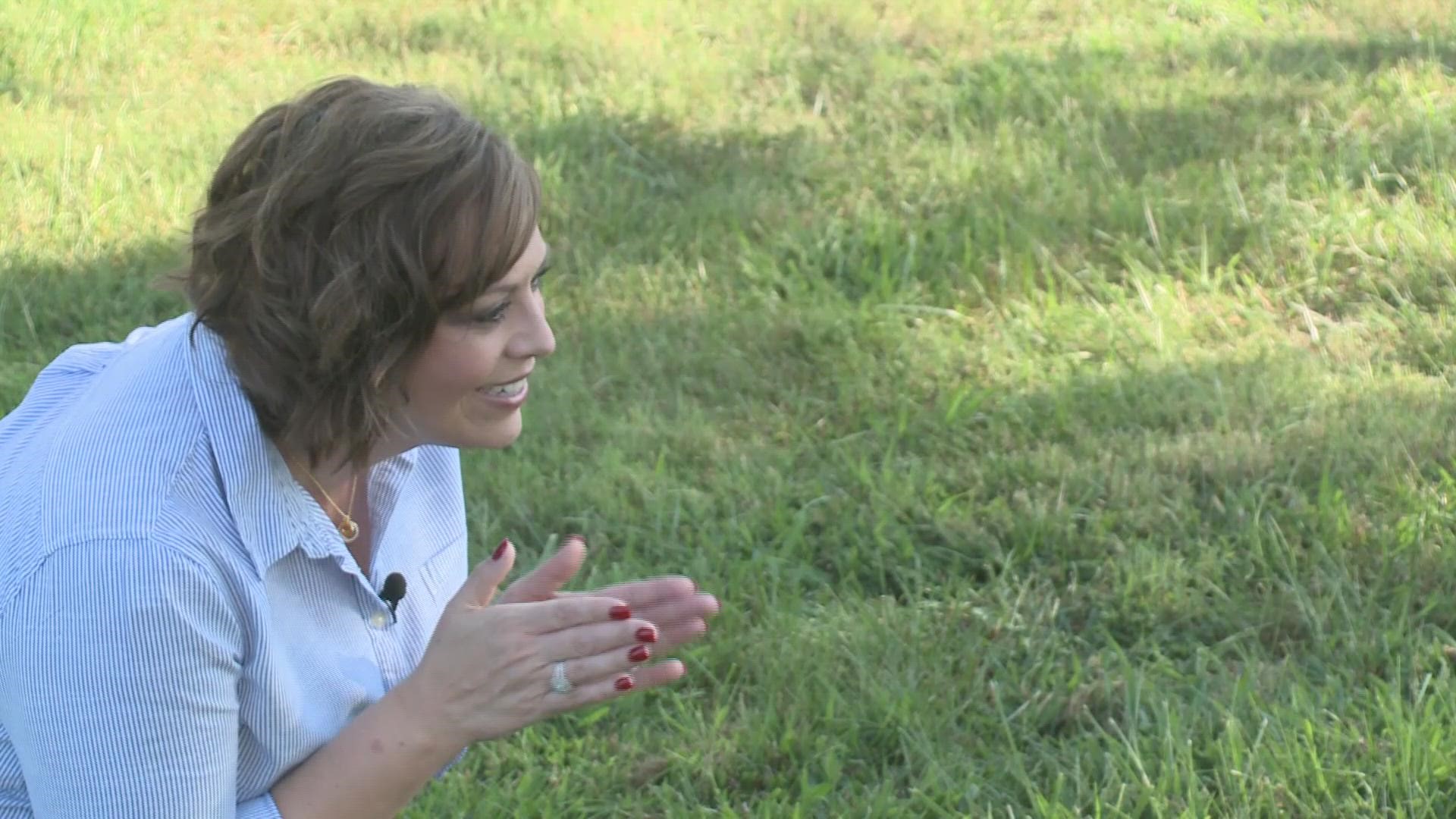 "We're out here every chance we get, but now, no way. Yes, I'm scared," said Oberkfell.

An unwelcomed intruder invaded her Monroe County property and disturbed the peace Portia treasures with her beloved pooches.

"We live just around the corner from her. It's unsettling especially knowing this is going to be our forever home and we're bringing our two fur babies," Oberkfell said.

Oberkfell said during the wee hours of the morning, a four-legged creature creeped onto her property. Her surveillance camera caught the invader on video

"What did you initially think it was?" 5 On Your Side's Robert Townsend asked.

"Maybe a bug flying on the lens since it looked smaller on my phone," Oberkfell said.

It definitely wasn't a small bug, but a big, wild cat.

"I was shocked immediately and that's when I nudged my husband and said you've got to see this," recalled Oberkfell.

The curious couple kept checking out the video and kept wondering exactly what the long-legged, lurking, seemingly lost thing that passed lots of deer when it descended onto the family's farm was

"That's kind of the big question right now. Is it a bobcat or is it a cougar?" said Oberkfell.

Kreps couldn't believe how fast the video took off on social media.

The big cat has also left Monroe County sheriff's deputies and the Department of Natural Resources scratching their heads.

Major Chris Lutz has this advice for anyone who spots the cat.

"If you see animal obviously don't approach it. We really can't do anything about it, but contact d-n-r if it resurfaces," said Major Lutz.

It's now four days and counting and so far the wayward cat hasn't been spotted again.

You bet that's good news for everyone in Monroe County.

Back in June a black bear was also caught on video roaming around the rural area for weeks, before it finally took a hike.

"I just hope it's working its way through and heading out of Monroe County," chuckles Oberkfell.

Editor's note: A previous version of this story identified the subject as Portia Campbell.