'Is it because my children are black?' | Biracial family feels discriminated against at Missouri campgrounds

"Is she really making us leave because of the color of our skin? That is the first question that came out of my daughter's mouth." 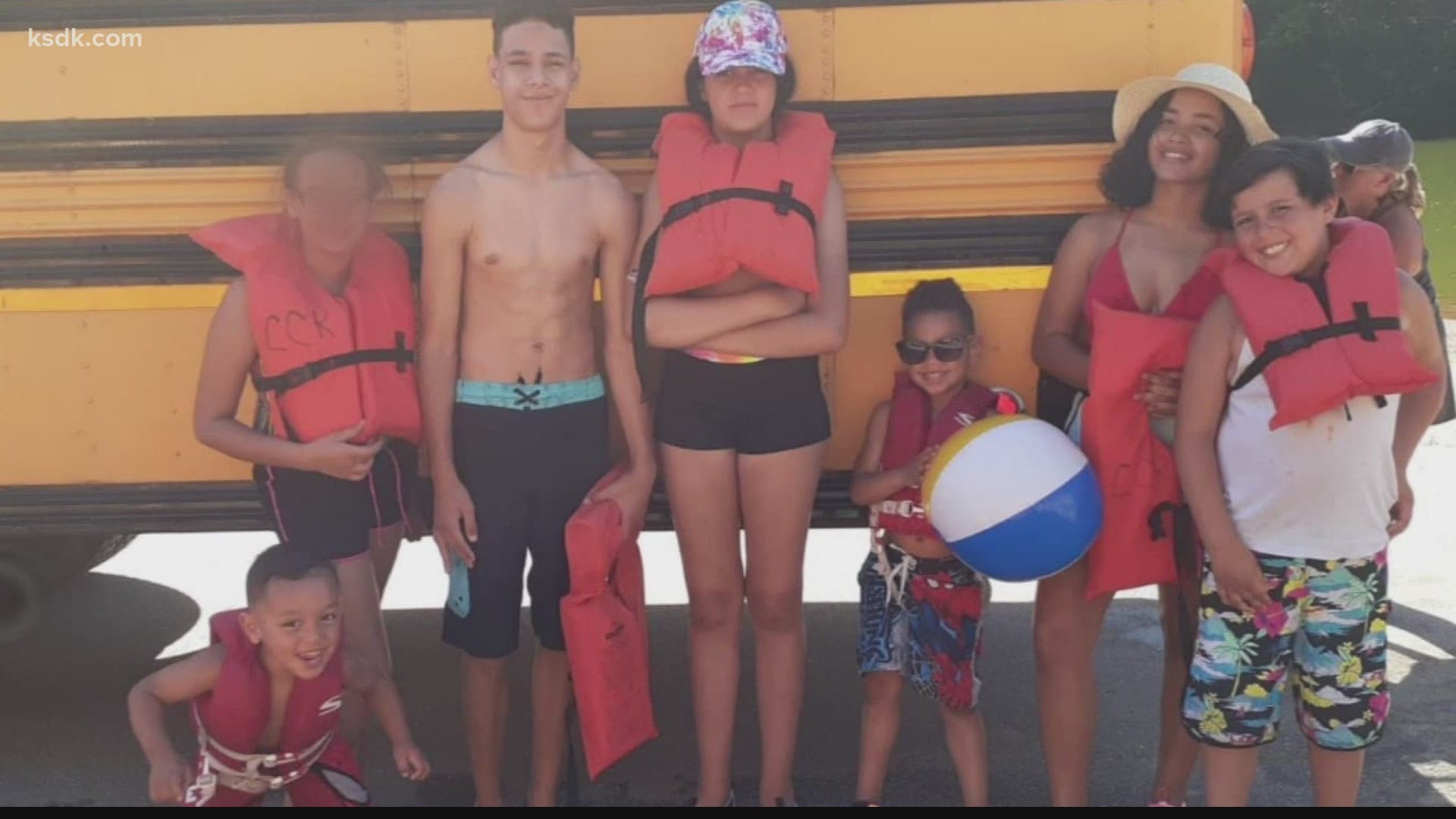 SULLIVAN, Mo. — Feeling judged by the color of their skin.

That's how one family feels after their vacation ended early.

Megan Jones was ready for fun under the sun with her children, as COVID-19 kept her seven kids in isolation for months.

She said her family loves camping, so she booked a cabin near Meramec Caverns at the KOA Campgrounds in Sullivan.

"When we first got there, we noticed they were rude," Jones said.

And soon, she said it got worse.

After a great experience at Meramec Caverns, they had a bad encounter a few miles down the road back at their cabins.

As Jones was inside the cabin, her children were outside playing with chalk. She said that's when an angry employee approached them. Her scared daughter ran inside and said they were called dirty for drawing on the ground.

"She yelled at me, told she was going to kick us out if it's still there if she gets back," her upset daughter explained.

Confused, Jones then approached the woman, who Kampgrounds of America later confirmed is a KOA franchisee. The woman said Jones' son should know better.

"Did you say he should know better? Than to play with sidewalk chalk?" Jones responded.

Jones defended her children and said, "Their kind? What do you mean their kind? Is it because my children are black?!"

From there, she said the woman's response was, "If you want to leave, we will refund you."

Jones felt her biracial children were treated poorly, solely for the color of their skin.

"Is she really making us leave because of the color of our skin? That is the first question that came out of my daughter's mouth," Jones said.

She explained the questions from her children were even hard for her to answer, as she's a single mother.

"They don’t have that father who tells them how he grew up. Me trying to explain it, I never experienced this before. All I can say is this is not how the world is supposed to be," she explained.

Feeling frustrated, Jones took out her anger on Facebook to express what happened to her and her family.

Recently a biracial family stayed at our campground to enjoy a weekend away. We have long prided ourselves on providing a fun, safe camping environment for all guests regardless of ethnic background. Unfortunately, during this stay, we made statements that made this family feel unwelcome.

We will not make excuses, nor try to relay our intentions. Regardless of how we viewed the situation, if we made this family feel unwelcome it’s clear we have work to do. We will be looking hard at ourselves and our staff to ensure we truly embody the KOA mission that all are welcome. While we have long believed it, actions need to speak louder than words and thoughts.

Our immediate step was to refund the family in full for their stay. However, we know that that isn’t enough. We will be active in seeking training and resources to better understand and welcome guests of all races. We will not be passive in our reaction to this.

We deeply and humbly apologize. We will do better.

The National Kampgrounds of America Inc. also released a statement:

The incident involved a verbal exchange between a biracial family of campers and the KOA franchisee at that location. Unfortunately, the situation escalated, and insensitive language was used. The campground franchisee has since issued an apology to the family.

Kampgrounds of America Inc. has been in contact with the family and has also conveyed our sincere apology. They spoke of their love of camping and their intent to continue to camp with KOA in the future. We welcome the chance to provide them with the camping experience that they and all members of the Black community deserve.

For the past 58 years, KOA has worked to provide a safe, welcoming environment that provides access to the outdoors for everyone. Through increased training and vigilance, we will do everything we can to live up to our mission of connecting people – all people – to the outdoors and to each other.

Even with an apology and a refund, Jones feels like her children were robbed from a positive experience.

"It's happening everywhere. My kids did nothing wrong to be treated like this," Jones told 5 On Your Side.