"Closing The Workhouse allows us to take some of the funding that is sitting there and redistribute to communities that have been ravaged by crime," he explained 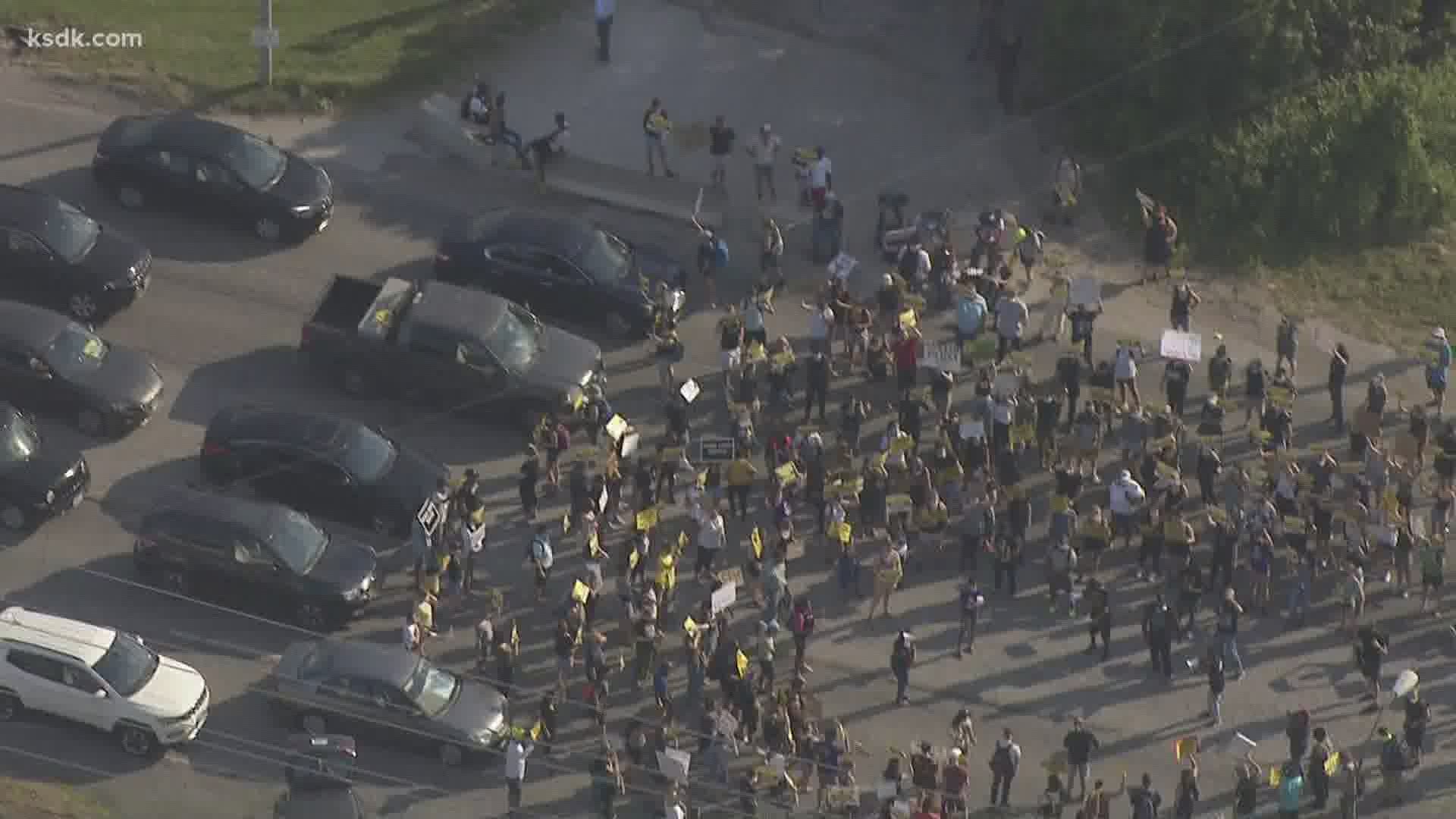 ST. LOUIS — A new plan to close 'The Workhouse' in north St. Louis is underway.

Board of Aldermen President Lewis Reed said he wants the Medium Security Facility to shut its doors.

RELATED: Lewis Reed files board bills to close 'The Workhouse,' use funds on neighborhood crime reduction

Inez Bordeaux has been working tirelessly to get the Medium Security Institution shut down through a group of activists called 'Close the Workhouse'.

RELATED: City leaders, criminal justice reformers call for 'The Workhouse' to be closed

She says men and women are living in deplorable conditions.

"There's no air conditioning. We know how hot it gets in St. Louis during the summer. The facility is infested with rats and roaches. There’s black mold, a lot of the showers don't work. They were being held there pretrial, meaning they haven’t been convicted of anything," Bordeaux added.

Board of Aldermen President Lewis Reed says its their efforts, that's guided him to create these bills.

"A lot of this is do to the people out there keeping it in the forefront for so many years. I have a deep connection with The Workhouse," Reed added.

He says over the years, less money has been going to there.

"We went from $16 million of funding the Workhouse down to $8 million," he said.

As well, as fewer inmates.

Right now, 92 men and women are inside.

If this goes into place, the first bill requires guidance from the Commissioner of Corrections.

They would need to create a plan to decide where the inmates would go.

From there, if the bill goes into law, it would require 30 days to close 'The Workhouse.'

"We need to make sure there is a transition plan in place also," Reed said.

The second bill would decide where that leftover money would go.

"Closing the Workhouse allows us to take some of the funding that is sitting there and redistribute to communities that have been ravaged by crime," he explains.

He explained the funds would directly go to these neighborhoods.

And they would also implement a program to reduce the number of re-offenders.

"We can work on diversion programs, all sorts of things to help lower the recidivism rate among that the population comes out of prison. I don’t think we should look at somebody and say once a felon always a felon, if you broken the law one time, you are a criminal for life. That shouldn’t be the case whatsoever," Reed said.

St. Louis Circuit Judge Jimmy Edwards told 5 On Your Side, he wants to make sure citizens are protected and there needs to be a location for detainees to stay.

"Mayor Krewson has been very clear. She does not support putting dangerous criminals who need to be held accountable back on the street. However, we remain supportive of a responsible, safe, and deliberate evaluation and study of a more efficient use of government resources. In fact, Mayor Krewson is on record saying that the City is already working toward operating only a single jail. Without having looked at President Reed's bill yet, it's difficult to say if this proposed legislation accomplishes any of these goals or takes into consideration. We look forward to reviewing it in order to gauge the impact on the public's safety."

Statement from Close the Workhouse

"President Lewis Reed’s proposal to close the Workhouse is in response to the two and half year campaign of organizing widespread support and political will to close an inhumane jail. The overview of Reed’s plan is a direct reflection of the 2020 report released by the campaign in January. While this is an important moment, we will remain vigilant to ensure that the values and principles of our campaign are realized."

Fact Sheet on MSI Closure Board Bill and Appropriation Bill

• Directs the Board of Public Service (BPS), with assistance of Commissioner of Corrections, to evaluate the City Justice Center to determine available space for detainees currently housed in MSI

• Directs the Commissioner of Corrections to investigate housing alternatives of detainees with facilities outside of St. Louis City Government

• Directs the Personnel Director to interview staff currently working at MSI to determine fitness for available vacant civil service positions in the City of St. Louis

• Allocates savings estimated and/or realized from any closure of MSI to a Division of Recidivism Reduction and Neighborhood Crime Reduction Fund.

• The MSI Closure Bill requires a two-thirds vote of all members of the Board of Aldermen if it is determined that this board bill is subject to Article XXV of the St. Louis City Charter as relates to the distributing of functions and duties of divisions of city government and the creation of a new division.

• Board bills are introduced and then go through a process of aldermanic deliberation and public input process.

Lewis Reed will present the bill to the board on Thursday. 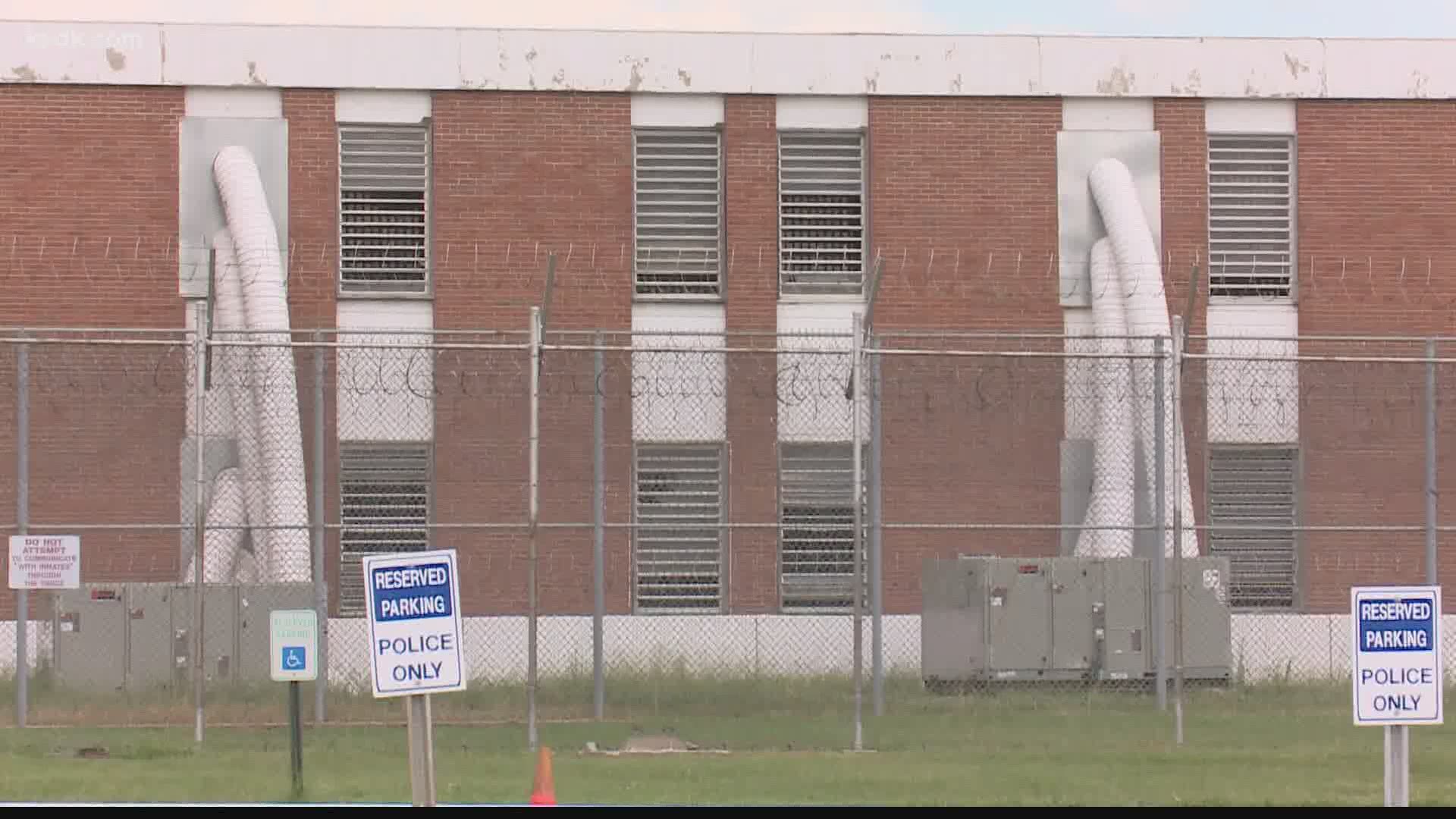