Boeing will build the MQ-25 Stingray, the Navy's first carrier-based unmanned aircraft in a state-of-the-art plant 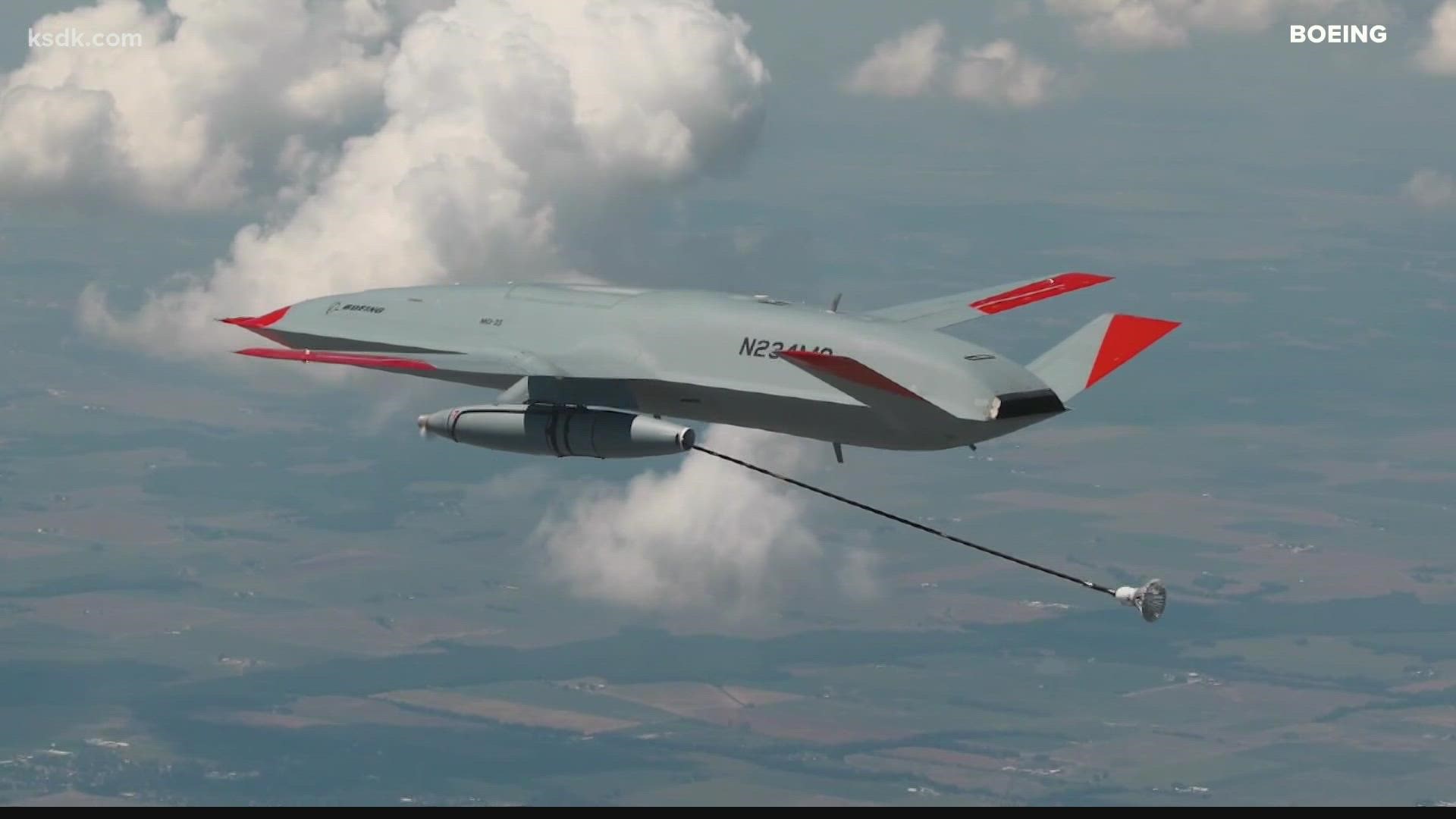 Boeing will build the MQ-25 Stingray, the Navy's first carrier-based unmanned aircraft in a state-of-the-art plant of about 300,000 square feet. The company has been under contract developing and testing the craft since 2018.

Gathered at the airport in Mascoutah, about 29 miles southeast of St. Louis, company representatives and politicians celebrated not only Boeing's expansion of operations which currently employ 70.

"Those are jobs where people can support a family, can buy a house in St. Clair County, can live here," said County Board Chairman Mark Kern, who says the jobs will pay around six figures.

With a promise of $57 million in state-funded improvements, they say it also represents a milestone for MidAmerica, which began civilian operations next to Scott Air Force Base in 1997 to critics' derision about its viability.

"This state-of-the-art production facility further roots Boeing's local presence here in Metro East and it extends Illinois' legacy of support for our national defense...," Gov. J.B. Pritzker said. "Boeing employs hundreds of Illinoisans and supports thousands more jobs throughout our state. I'm very proud to have them as a partner in preparing our communities for 21st-century manufacturing."

Watch the news conference in the YouTube video player below.

According to Boeing, the MQ-25 Stingray, developed from a 2018 contract with the Navy, is a refueling aircraft that will vastly increase the combat range of aircraft launched from the Navy's nuclear-powered carriers. "What we're talking about is taking the carrier's influence area and doubling it," said Dave Bujold, Boeing director of MQ-25 programs.

Boeing is receiving breaks worth about $8.7 million on its state income tax liability in exchange for the $200 million investment over 15 years and the addition of at least 150 jobs to the 70 already at MidAmerica, where Boeing set up shop about a decade and produces components for the CH-47 Chinook helicopter, the F/A-18 Super Hornet fighter aircraft and other defense equipment.

Construction on the MidAmerica facility is scheduled to start later this year and be completed in early 2024. Production would start by mid-2024.

Kristin Robertson, vice president and general manager of Autonomous Systems, Boeing Defense, Space & Security called the Stingray's technology "unprecedented," and says the search for where to build them was an important one for the company.

"We found that unique combination of flexibility, efficiency, innovation, and need I say, vision, right here in Illinois at Mid-America St. Louis airport," she said at Friday afternoon's press announcement.

The facility will feature robotic automation and "advanced assembly techniques" aimed at improved quality of product and employee ergonomics and safety. Boeing's digital engineering of the MQ-25 and its systems actually promote product quality and efficiency, officials said.

The state's outlay is coming from the ongoing $45 billion Rebuild Illinois capital construction plan approved in 2019. It has targeted $57 million for the airport. The Department of Commerce and Economic Opportunity previously released $25 million in capital-fund cash for airplane taxiway improvements to support the Boeing facility.

There's another $25 million that the Illinois Department of Transportation is scheduled to put up for additional taxiway and airfield improvements, and Pritzker's administration has pledged a $7 million DCEO grant to update the passenger terminal.