"It feels great to be back. It's an awesome St. Louis tradition and we still have lots of support," said Jesse Finney, the Vice-President of Budweiser Guns 'N Hoses. 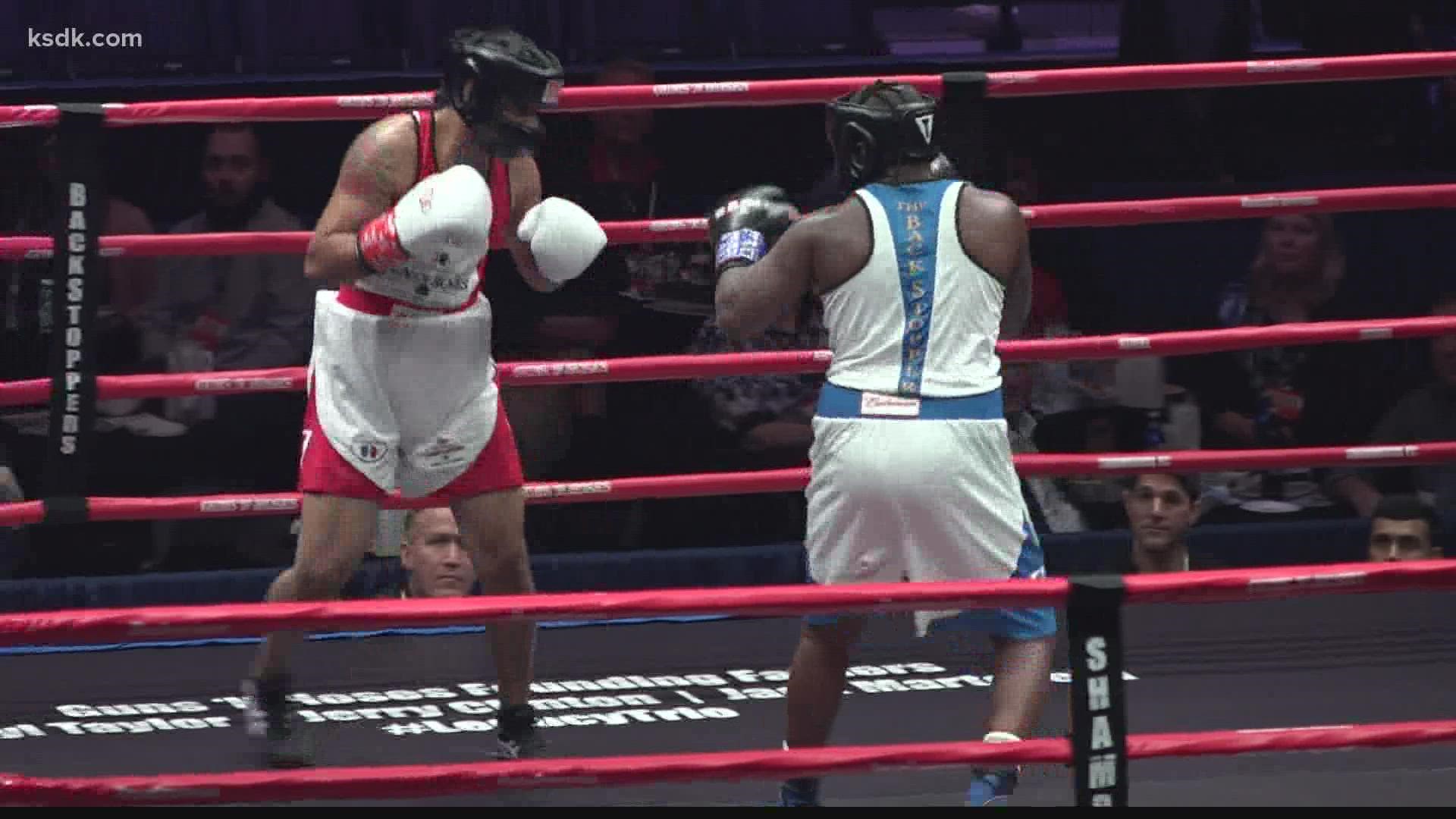 However, Wednesday night the 34th annual charity fundraiser was in full swing at Enterprise Center downtown.

"It feels great to be back. We're really excited," said Jesse Finney, the Vice-President of Budweiser Guns 'N Hoses.

Guns 'N Hoses is a charity fundraiser where police officers and firefighters go head to head in the boxing ring for a good cause.

All money raised from the event goes to BackStoppers, which helps the families of fallen first responders who have died in the line of duty or those who have been catastrophically injured on the job.

To date, it has raised nine million dollars to benefit the organization.

"This year we hope to surpass a million dollars and put us past $10 million in 34 years," added Jesse Finney.

"It's a good way for the people to especially interact with the police officers," said Chase Schroeder.

"Raising money for people who lost their lives in the line of duty and stuff like that, I think that's awesome," said Schroeder.

An "awesome" St. Louis tradition that's still going strong, still the community's way to honor its fallen, everyday heroes, and,  remember their loved ones left behind.

"They do a very important job keeping us safe in the city and in the county and I'm very grateful and glad to be at this event," said the Reverend Sherri Mack.

"It tells me we have great support here in St. Louis and I think this is a great way to unite St. Louis in multiple ways," added Jesse Finney.

Organizers were pleased with the turnout for the boxing event.