Venerable St. Louis catering firm ponders a big question: what to do about buffets?

The family business has faced several challenges over the years, including the economic downturn in 2008, which forced the company to close one of its locations

ST. LOUIS — Orlando’s has come a long way since Sam Orlando Sr. and his wife, Jan, utilized a makeshift kitchen in the basement of their small home to cook for picnics and weddings in the 1960s.

That makeshift kitchen turned into Orlando Brothers Catering in 1973, and today, Orlando’s consists of three locations — in Maryland Heights, South County and the Lodge at Grant’s Trail.

The family business has faced several challenges over the years, including the economic downturn in 2008, which forced the company to close one of its locations.

“I think things came back quicker in those situations,” Sam Orlando Jr., who co-owns the business with his brother, Mike, said. “But nothing that was this devastating.”

How has the coronavirus pandemic impacted Orlando’s? We went from having a record breaking April and May and ended up with zero revenue, first for April and May, and now pretty much for June, too. We’ve experienced a lot of ups and downs in our life but no revenue is pretty scary.

What changes have you made to continue operating? We’ve been doing curbside family meals for pick up and delivery. That actually started with people that were being kind and wanting to support us. Now we’re getting more and more orders. I think people are honestly getting sick of cooking for themselves at home. We are trying to get people rebooked for future dates but unfortunately there are events that can’t be rebooked, like birthday parties or family reunions. We’re getting new dates for weddings. We had a couple that we rebooked for June, thinking we’d be out of the woods by then, but now we have to rebook them again. The hardest part is having to completely cancel and having to return deposits.

What staff changes have you had to make? We furloughed about 12 people and then we also cut back to 32 hours for full-time staff members. That was the hardest part of all of this. A lot of our staff has been here for 20 years or more and their families depend on us. The 2008 downturn in the economy was the most recent time and the only other time I’ve had to turn to my employees for help. At that time, we were able to cut everyone’s salaries and because we did, we were able to keep everyone on. We didn’t have to furlough or lay anyone off then.

How did Orlando’s adapt after September 11 and the 2008 economic downturn? Our customers’ needs changed overnight. There was no extravagant spending. Events are not a necessary expense, especially in corporate. We had to quickly create — at that time we called them our “bailout menus.” Very budget conscious ways that people could feed their people. 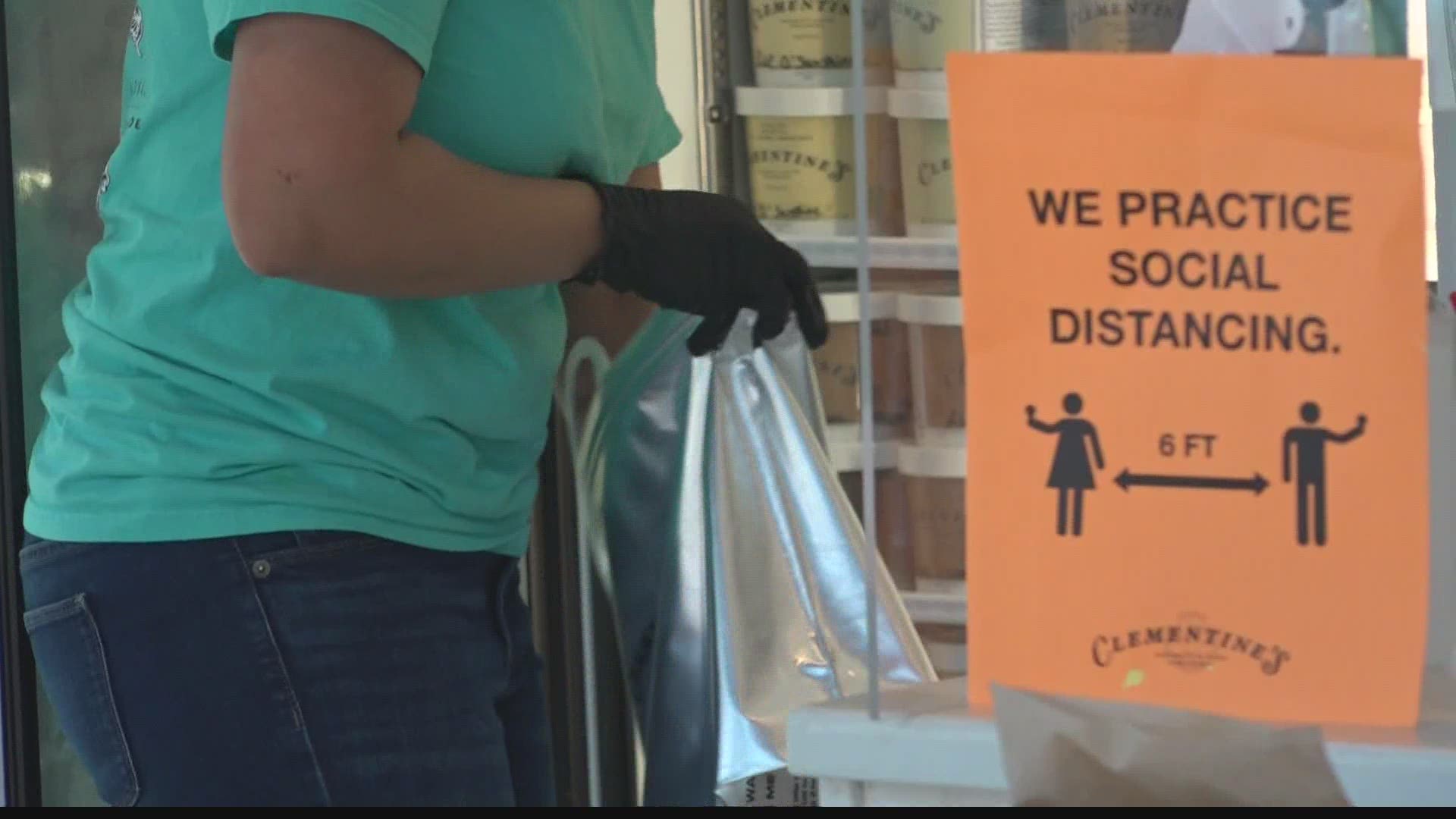