Changes to St. Louis police ‘use of force’ policy to be proposed this week

The St. Louis Board of Aldermen proposal is expected to address chokeholds, de-escalation tactics and require reporting when a weapon is drawn 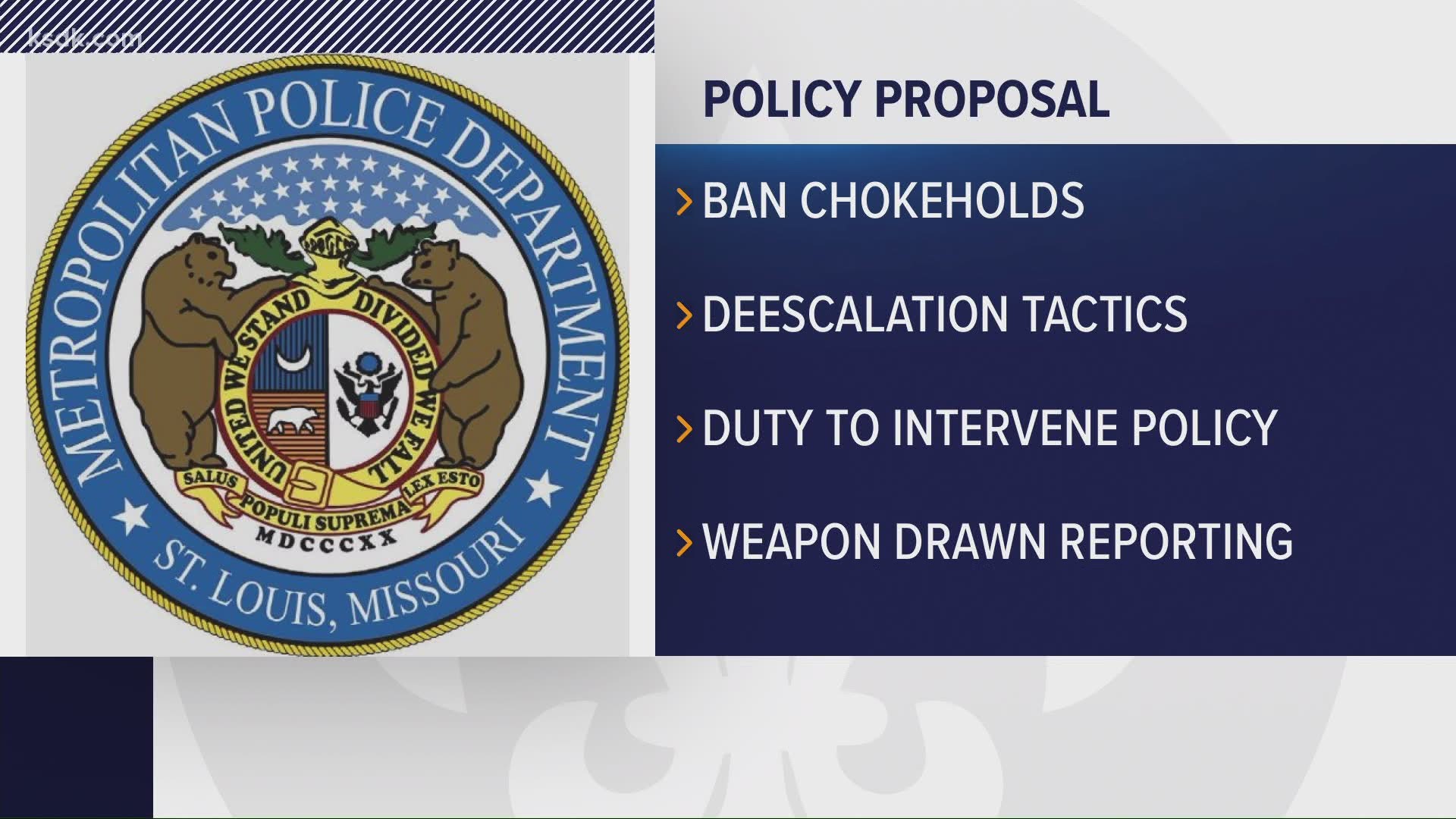 ST. LOUIS — The St. Louis Board of Aldermen will propose changes to how police handle their use of force during arrests, 5 On Your Side has confirmed.

A Board of Aldermen member confirmed members will propose Board Bill 63 this Friday to update the St. Louis Metropolitan Police Department’s use of force policy. 5 On Your Side’s Brandon Merano first broke the story on Twitter Monday evening.

“By having an updated and effective use of force policy, officers are able to make better decisions in the heat of the moment, which can ultimately reduce or eliminate the use of force. It will provide more strategies for them to use to avoid deadly force,” said Board of Aldermen President Lewis Reed.

The proposal would ban chokeholds, require de-escalation tactics, create a duty to intervene policy and require reporting when a weapon is drawn – not just when it’s discharged.

The bill would require the department to update the policy to include:

“These policy changes are long overdue. Recent events have shown that the majority of people in St. Louis and throughout the Country are ready and eager for change,” said Reed.