Bobby Bostic was 16 when he robbed a group of people at gunpoint in his St. Louis neighborhood. A judge sentenced him to 241 years in prison for his crimes that night. 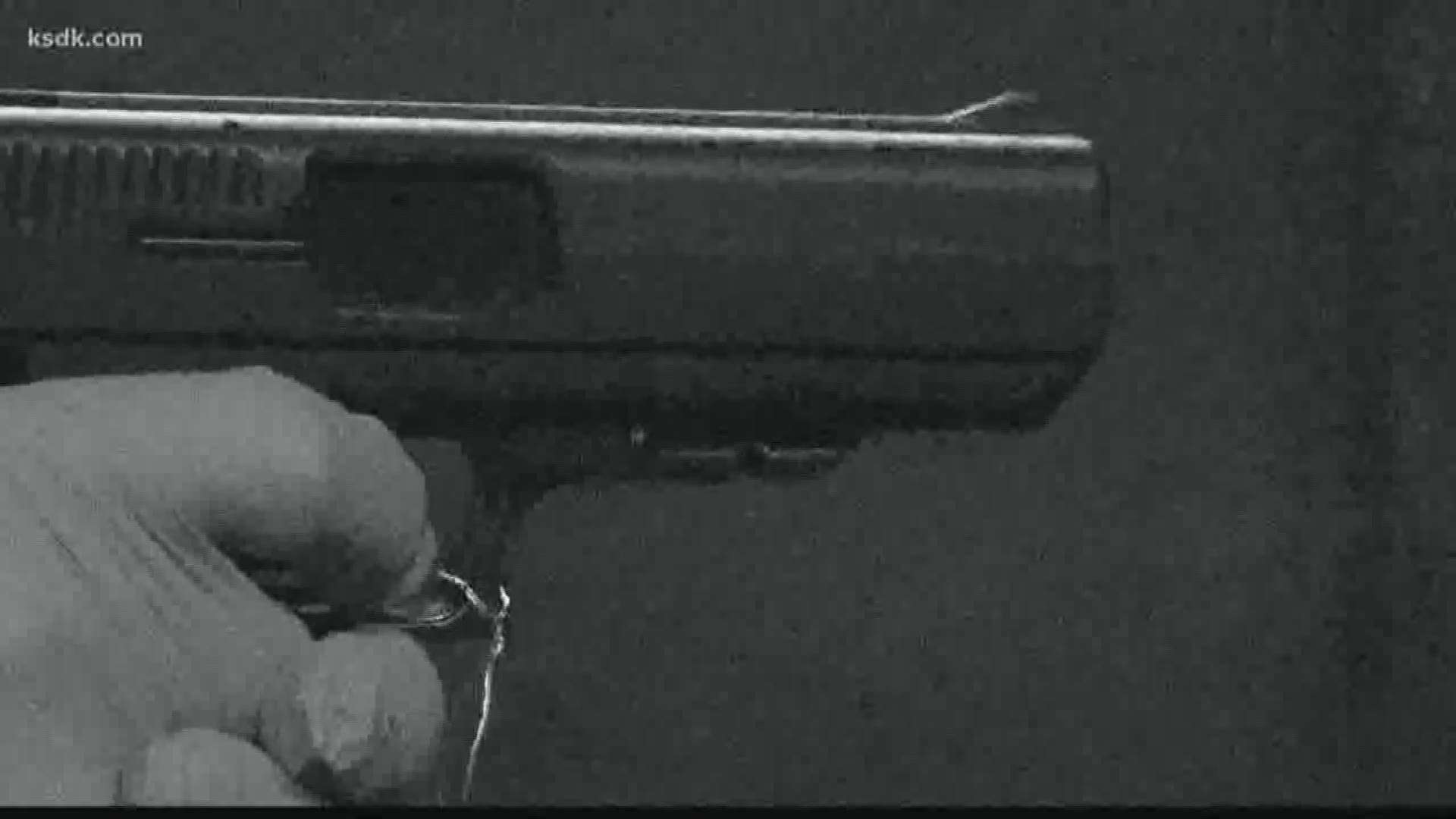 April 23 UPDATE: The Supreme Court of the United States has denied the appeal of a St. Louis man sentenced to more than two centuries in prison for an armed robbery he committed as a teenager.

Bobby Bostic, represented by the American Civil Liberties Union, argued his sentence was unconstitutional because legal precedent says teens cannot be sentenced to life in prison without parole. The judge who originally sentenced him in 1997 told 5 On Your Side in an exclusive interview that she regrets the sentence and hoped the Supreme Court would give him a second chance at freedom.

Bostic is eligible for parole when he is 112 years old.

It was like any other day in the Botanical Heights neighborhood for a kid named Bobby Bostic and his buddy. Drinking. Getting high. They even had guns on them.

“I never thought I’d live to be 18 because everybody around me was dying, so I thought it was just a matter of time before I got killed,” Bobby said.

“I looked at him, he looked at me, and we just knew there was going to be a robbery,” he said.

Bobby and his friend stole money from a group of people delivering Christmas gifts to the needy in their neighborhood.

Old newspaper articles show Bobby shot at one of the men. The bullet grazed his skin.

Bobby and his buddy then forced a woman into her car and drove off, letting her go a few blocks away after stealing from her, too.

“They were trying to help people in the community that I lived in, and I realized that’s where the guilt come in,” Bobby said.

Bobby’s accomplice, who was 18 at the time, took a plea deal. A judge sentenced him to 30 years in prison.

Bobby chose trial, and a jury found him guilty of 18 criminal charges.

She sentenced Bobby to 241 years in prison.

“I’d never given anybody that amount of time. I stacked him,” Baker said.

Bobby is now serving a longer sentence than murderers at the Jefferson City Correctional Center.

“I’ve had five 'cellies' that had murders who left the cell and went home, and they came after me,” he said.

Still, 22 years in, Bobby said he doesn’t see it as unfair.

He said he’s channeling his regret about the crime into change. Bobby’s taking college classes behind bars, working towards his associates degree. He said he’s written 14 books in prison.

And he’s appealed his case all the way up to the Missouri Supreme Court. He lost every time.

“Everything in here reminds you to get out, stay out. Everything in prison makes you want to be free,” he said. “Through God I just have hope that just one day I’ll get a second chance.”

That chance may be coming.

The ACLU is working to take Bobby’s case to the U.S. Supreme Court. And Judge Baker, who’s been retired for nearly a decade, is joining the fight. Only this time, she’s on Bobby’s team.

“I do hope the Supreme Court takes this case,” Judge Baker said. “Hey, I’ll take whatever they want to throw at me, but I’m still going to say Bobby Bostic deserves a chance to show he can be a part of this society.”

In the thousands of cases Judge Baker tried in her 25-year career, she said this is the only one she regrets.

“We treated children like we treated adults. I would say we didn’t know any better. But you live and you learn. What I did to Bobby was wrong,” she said.

In 2010, the Supreme Court ruled that juveniles lack maturity and a sense of responsibility, but they’re more capable of change than adults. So, they cannot be sentenced to life in prison without parole for crimes in which no one dies.

“Bobby didn’t kill anybody. Nobody died that night,” Baker said.

There’s some debate in the legal world about whether that precedent applies to Bobby’s case. Bobby’s sentence isn’t “life without parole.” It’s cumulative time for convictions on multiple charges. He is technically eligible for parole, but not until he’s 112-years-old.

“Right now, it’s hard for me to go into that 16-year-old’s mind,” Bobby said. “I didn’t have no direction at that time and it cost me my life.”

Bobby has direction now. He created a blueprint for a non-profit he wants to start to keep other kids from choosing the path he did.

“It’s to help teenagers that’s lost in trouble, but they do have dreams, to get them the resources to accomplish their goals,” he said.

But unless something changes, that idea will never leave the walls of prison.

“He’s good man. He’s a caring man. He’s a reflective man, and he needs to be a free man,” Baker said.

Read the Missouri Attorney General’s Office’s response to the Supreme Court, arguing the ACLU’s petition should be denied: