The building owner Robert Vroman, a distressed property investor, said he will "go back to the drawing board" to find a buyer willing to renovate the building. 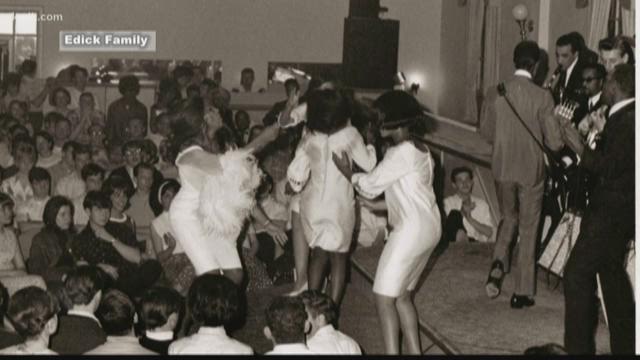 The building owner Robert Vroman, a distressed property investor, said he will “go back to the drawing board” to find a buyer willing to renovate the building.

If you drive on West Florissant Avenue, you may have passed this building without realizing that back in the day, Club Imperial was a live music destination, especially on Tuesday nights. Just ask Bob Kuban.

“I’d rather be a one hit wonder, than a no-hit wonder,” said Kuban about his band’s only top ten hit, “The Cheater”.

“I knew the song was a hit. I knew it was a hit when we recorded it.”

Before Bob Kuban and the In-Men recorded “The Cheater” in 1966, they often rehearsed the future hit song at Club Imperial where the band had regular performances. Even with a hit record, Kuban wasn’t the most famous performer at Club Imperial, because the Ike and Tina Turner Review had regular gigs at the north St. Louis concert venue.

“I just loved the band so much,” said Kuban, reminiscing about the Ike and Tina Turner Review. “I mimicked a lot of the stuff that they did. We had the horn section in my band. When Ike and Tina Turner left, we were able to play there. We were there on Tuesday nights. There were people coming from south St. Louis and from East St. Louis and all the way in from Columbia because the venue got to be the place to go on Tuesdays.”

At the time, George Edick was owner of Club Imperial. His son Greg Edick briefly owned it after his parents’ deaths. He recalled a live album that Ike and Tina Turner recorded at Club Imperial.

“Ike told me, you didn’t know, but Jimi Hendrix was my guitar player,” said Edick. “So, Jimi Hendrix played Club Imperial, too.”

Edick hopes Club Imperial does not get torn down. “I have a lot of memories at that place.”

These days, the block long building has a new owner, John Vroman, who purchases auctioned properties that no one else wants. During a recent tour of Club Imperial, Vroman pointed out some of the structural challenges facing anyone who wants to save the building.

“Very difficult to repair. The basement systems are all rusted and ruined. You can hear the water leaking. There was a foot of water in the basement for almost two years,” said Vroman. “I emailed Tina Turner’s agent seeing if she had any memories or was interested in taking back over this building. I got no response.”

Vroman said he had a buyer who wanted to tear down Club Imperial. He appealed the St. Louis Preservation Boards denial of demolition, but lost his appeal on Monday and will again market the building to potential buyers.