The Ale d’Or beer will be available in 4-packs of 16-ounce cans across Schlafly’s distribution. 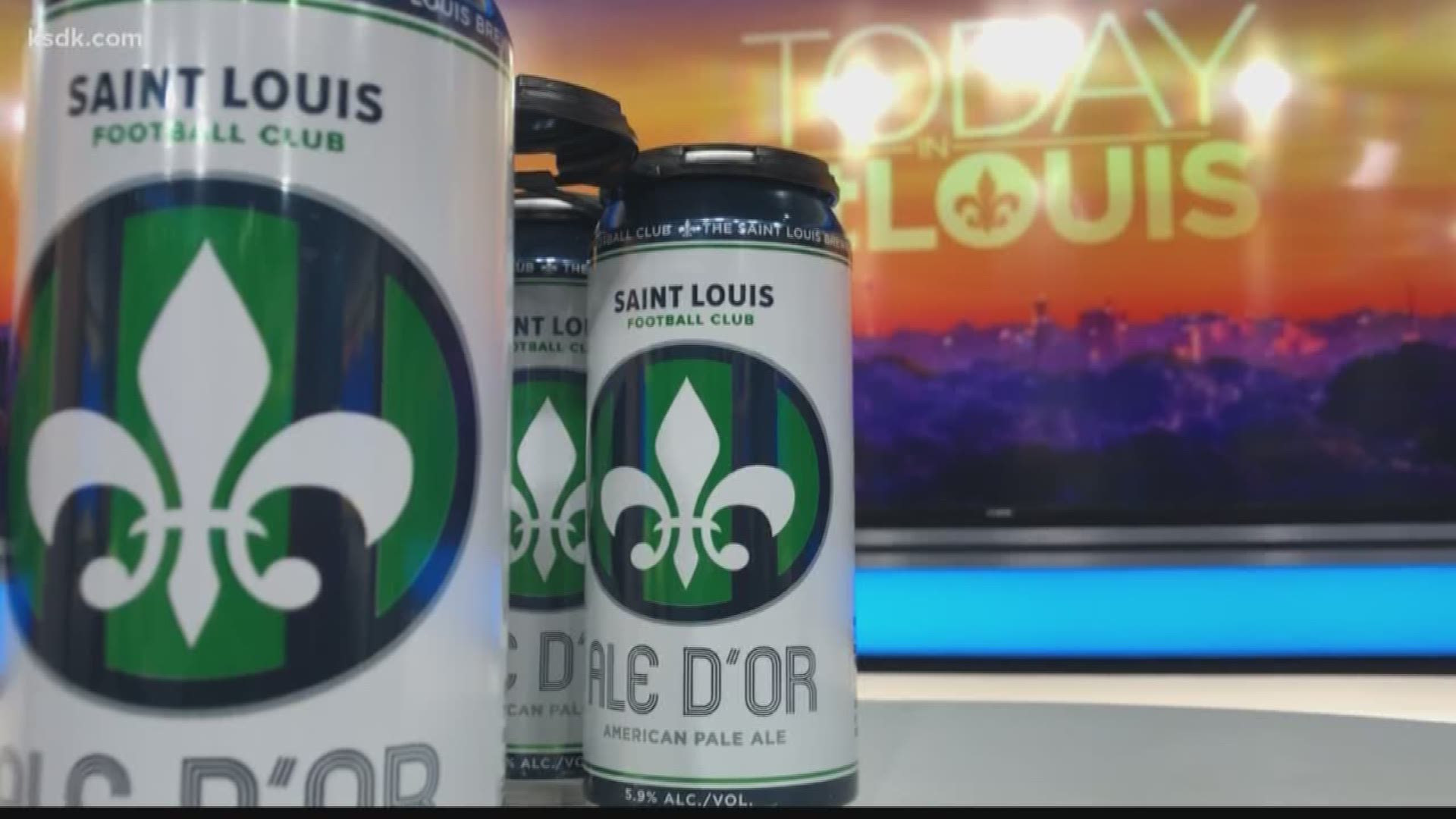 ST. LOUIS — “Think St. Louis is ready for Major League Soccer? It’ll have to prove it can heavily support its current minor league team first,” was what my colleague Josh Helmuth wrote recently. MLS plans on announcing its last expansion spot later in 2019. Many believe the decision is only between two cities: Sacramento and St. Louis.

“Their way to support [MLS], and to make sure we get an MLS team, is to come here to show that attendance does increase and that the fans are responding to the effort,” said Barry.

Saint Louis FC sells out nearly every game already, averaging roughly 5,000 fans at Toyota Stadium in Fenton. They believe they’ll need that continued success, and possibly additional fan support, this season in order to lock in an MLS team for St. Louis.

Another way St. Louis beer drinkers can help the effort is, well, by drinking beer. This week, Schlafly Beer, announced the release of Ale d’Or, a new can offering in partnership with Saint Louis Football Club. As the official craft brewery of the team, the new can comes just in time for the first Saint Louis FC game on March 9, 2019. The Ale d’Or beer will be available in 4-packs of 16-ounce cans across Schlafly’s distribution.