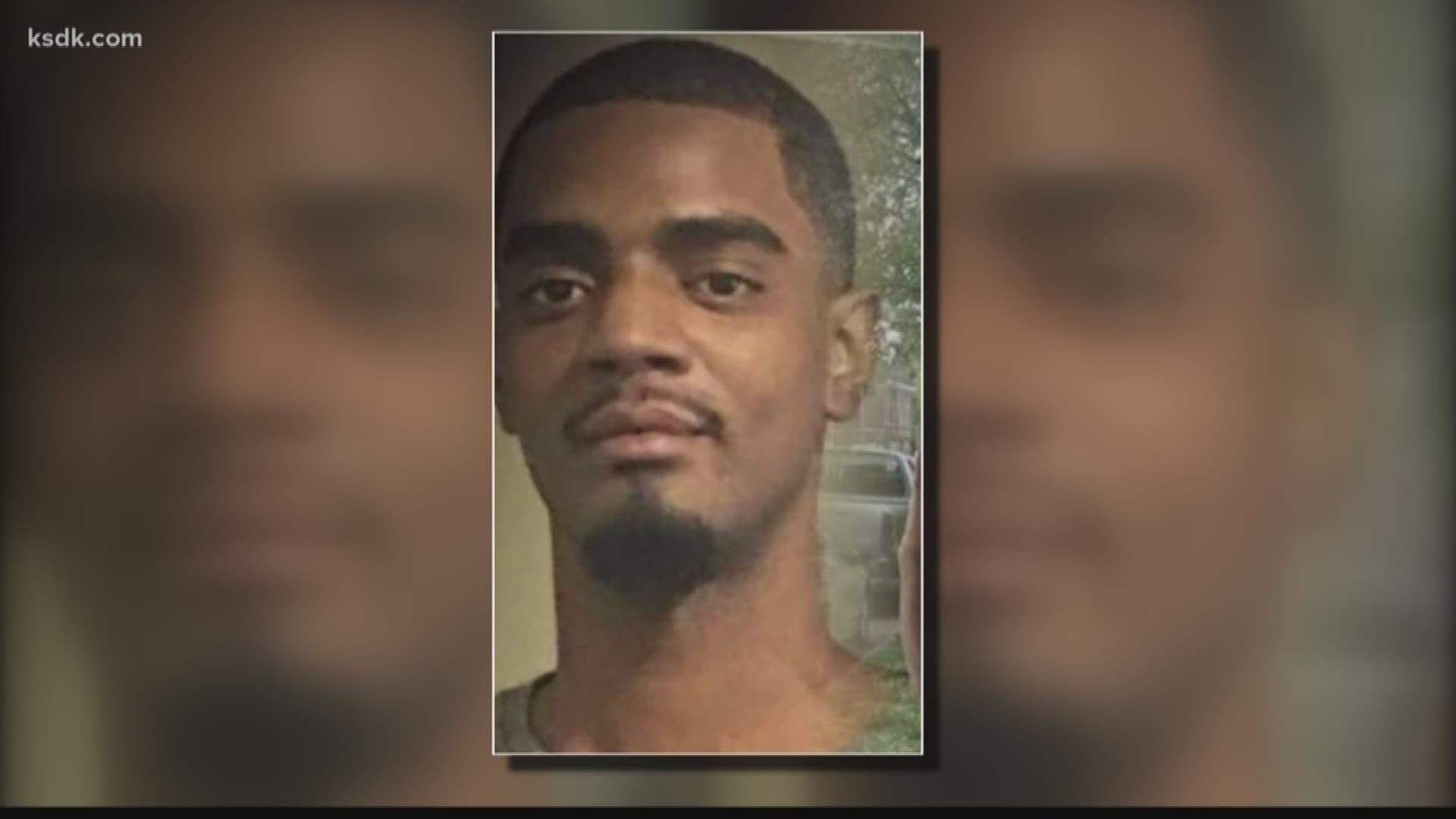 "We had just left here. This happened like five minutes after I left my house. Me and him left here together," she said.

She's talking about her son, 29-year-old Demario Bass, who lived with her.

They were driving separately, but both heading southbound on Goodfellow Avenue toward Interstate 70.

"He was a block ahead of me everywhere we went. There were stop signs, you know, at every corner,” Willis said.

She said when she reached the intersection with Lillian Avenue, she saw a man in an SUV who looked like her son. She assumed he had pulled over to get some gas at the BP station nearby.

But then she saw police approaching.

"I saw a police car coming. He jumped out with a gun real fast," she said.

Willis said she decided to circle around to see what was happening.

What she didn't know at the time was that her son wouldn't be coming back home.

"Why did it get this far? What made it go so fast?" she said.

Willis admitted her son wasn't a perfect child but said she didn't believe he was the one who stole the vehicle.

"Personally, I cannot say what he would or wouldn't have had. He's not known for stealing a car," she said.

According to court records, Bass was involved in at least one court case in Missouri. In 2014, he plead guilty to theft of less than $500 and unlawful use of drug paraphernalia.

Chief John Hayden said once the stolen SUV was spotted in the area of Goodfellow & Lillian in north St. Louis, .an all-points bulletin was dispatched.

A patrol car with two officers inside responded to the gas station, Hayden said.

He said the officer from the passenger side got out and began to approach Bass.

"This officer confronts the driver at the gas pump. At some point in time, the door is open, and the officer is now standing between, very briefly between, the door and suspect himself," Hayden told reporters Wednesday.

According to a witness, who spoke to Five on Your Side at the scene, the officer told Bass not to move.

But Hayden said he tried to speed away.

"Very suddenly the car accelerates backwards, and the officer is caught between the door and the actual car itself," he said.

Hayden said there was several feet in which the SUV traveled backwards before crashing into the other side of the service station.

The officer, he said, was knocked to the ground at this point, suffering serious, but not life-threatening injuries. The 31-year-old officer, with two years of service on the city's force, has since been released from the hospital and is now recovering at home.

Willis said by the time she circled back around the gas station and parked her car, she saw the SUV crash.

"By the time it stopped, it had hit the gas tank," she said.

She said it was difficult to tell at the time if her son was alive or even conscious. She said when officers pulled him out of the SUV, his face was bloody.

She said officers handcuffed him, then began performing CPR. Chief Hayden said Bass was transported to the hospital but was pronounced dead.

What's particularly unclear still is when exactly Bass was shot and how many times.

"Why did it get this far? What made it go so fast?"

Chief Hayden said at some point between the officer initially confronting Bass and the SUV crashing, the officer fired his service weapon at least one time.

Police said Bass was struck in the chest.

But they haven't said specifically why the officer fired and if Bass was armed with any firearm or weapon.

And those are questions Willis wants answered as she prepares to bury her son.

5 On Your Side reached out to St. Louis police with a list of questions, hoping to learn more specifics about the exact order of events related to the deadly shooting.

But we have not heard back.

"If I ever thought anything was going to happen to him, I never would've thought the police would kill my son," Willis said.

Chief Hayden did confirm there is video of the incident that would be released, but no date has been given.

St. Louis Police said Bass was unarmed at the time he was killed by the officer.

The department confirmed Friday a firearm was not found in the stolen SUV, but that narcotics were recovered. Police, citing the ongoing investigation, declined to say when exactly over the course of the encounter the fatal shot was fired.

A spokeswoman said Bass was shot just once in the torso.