Cousins' attorneys say the Civil Service Commission found Cousins should be reinstated with back pay. 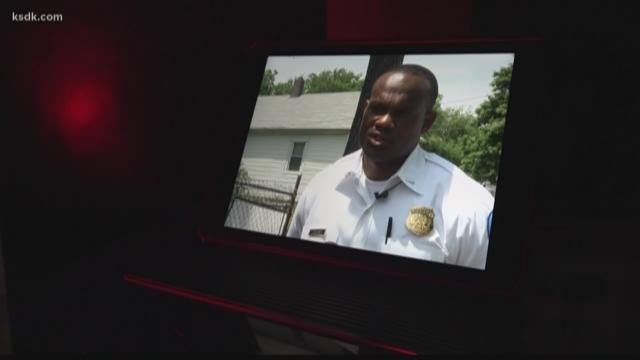 A St. Louis police captain will rejoin the police force after the Civil Service Commission(CSC) denied the city of St. Louis’ request to stop him from returning to work.

The CSC made the decision on Friday, according to Cousins’ attorney Lynette Petruska.

"They want to double down on it and say no no you were wrong we want to protect these white officers we are going to throw this black police captain out to dry," Petruska said referring to the city’s decision to appeal the ruling.

St. Louis police captain Ryan Cousins was fired in 2016 and then reinstated last month after he sued the police department. He claimed race was the reason he was fired.

Petruska said in a press conference held at her law firm that the officers falsely accused Cousins of police misconduct during a burglary investigation last year. She said the officers testified during a CSC hearing that Cousins told them to disregard a shell casing found at the scene and the report of shots fired.

Petruska said those claims by officers do not add up because their stories are inconsistent with one another.

"If you don't remember how it happened, it's because it didn't happen," she said.

She added the officers were the ones who acted wrongly, claiming the officers denied the alleged suspect of the burglary his fourth and fifth amendment rights.

Petruska said Jason Stockley, who shot and killed Anthony Lamar Smith in 2011, still collected a paycheck until he resigned two years later, but Cousins was fired for, in comparison, a minor offense. Something she said reinforces their claims that race played a role in Cousins’ firing. She also said it played a role in the CSC’s decision that determined race played a factor in Cousins’ termination.

The Ethical Society of Police is also defending Cousins and backs the CSC's decision.

"This is a blatant example of the unjust and severe disciplinary procedures that black and minority officers experience at the police department," said Jason Love, the financial secretary for the association.

Cousins will return to work on Monday.

Five On Your Side reached out to the police department for comment and was directed to the city counselor’s office who did not return our phone call. We also tried to get in touch with the Mayor’s office, but are still waiting to hear back.

The city’s appeal of the CSC’s decision is still pending.