The victim says Reverend Dennis Zacheis sexually abused him as a child while Zacheis was an associate pastor at St. Margaret Mary Alacoque in Oakville. 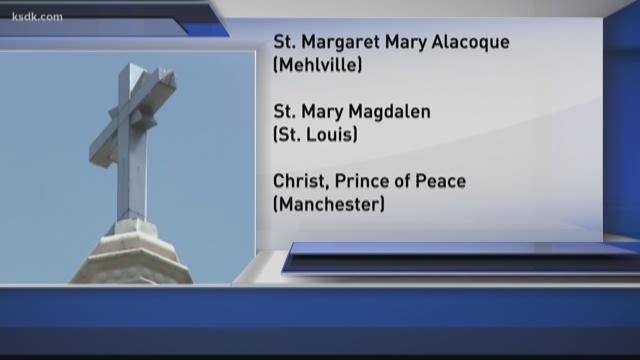 ST. LOUIS COUNTY – There are new reports of sex abuse inside the Catholic Church.

An accuser says reverend Dennis Zacheis sexually abused him while Zacheis was an associate pastor at St. Margaret Mary Alacoque in Oakville from 1975 to 1979.

The Archdiocese says Zacheis has been retired since 2010 because of financial irregularities while he was a pastor at Saint Anthony’s in Sullivan.

It’s certainly not the first accusation of sex abuse in the Catholic Church in St. Louis. 5 On Your Side spoke with another victim who was abused by a priest when he was just 14.

While he’s doing better now, he asked us not to identify him. He said he’s hoping these latest accusations will be better received than his were.

“I hope the community continues to offer their support to this person as a survivor of sexual abuse as we’ve offered to victims of politicians and comedians and movie producers,” he said.

The Archdiocese of St. Louis says they made these claims public after an investigation. This man wants to know who did the investigating and what that investigation revealed. We’ve asked for those answers.

To read the entire statement from the Archdiocese, click here.