'I just hope we do have a season' | High school football looks different this season in St. Louis County

Many seniors count on the fall for their college offers. The new regulations are hitting them hard. 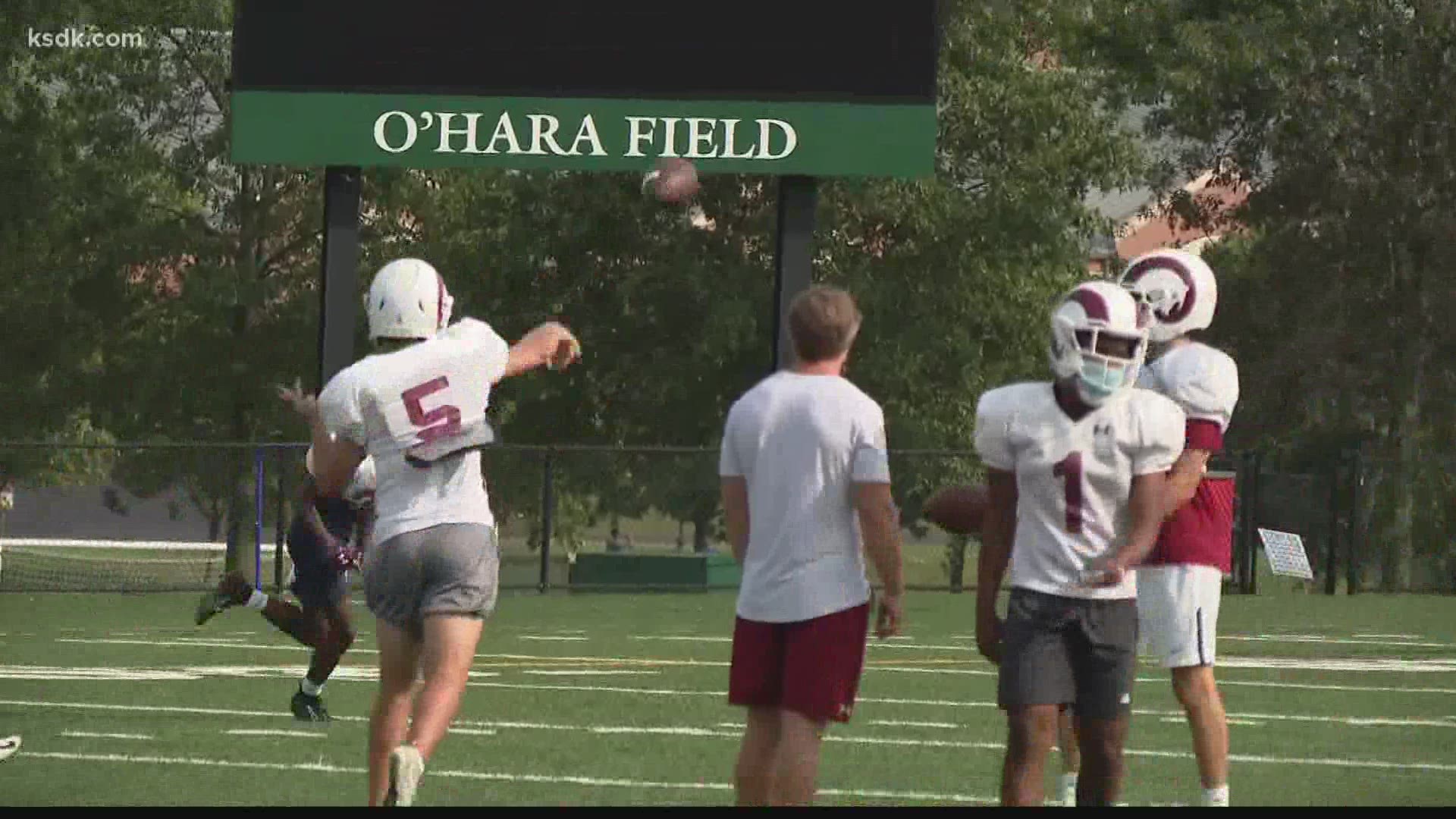 "I just hope we do have a season, another chance to play with our friends, compete and hopefully get back to state," one player for the MICDS Rams said.

The Rams’ season is currently in jeopardy after St. Louis County released its latest COVD-19 restrictions on youth sports. The guidelines for high-contact sports, like football, were loosened, but games are still banned.

Many seniors count on the fall season for their college offers. The new regulations are hitting them hard.

"Our goal is going to be to put kids in game-time situations here, you know, and generate some film, but we are really hopeful that we can move forward and get these kids some competition just for that reason because we think it could cost some opportunities," one of the coaches said.

The new regulations require players and coaches to wear masks at all times and maintain a safe social distance as much as possible.

Players are allowed to practice. Two coaches can be with the athletes. Practice groups must remain the same every day to limit exposure, the county said.

The Rams are following the rules in hopes a fall season will eventually kick off.

"You know, you gotta feel for them, yeah you have to feel for them and truthfully I have a senior so I know what that looks like at home," one of the coaches said.

And for now, this will be the new ‘normal’ for high school football for the future in St. Louis County.