The experience has left the family a lot more leery about air travel. 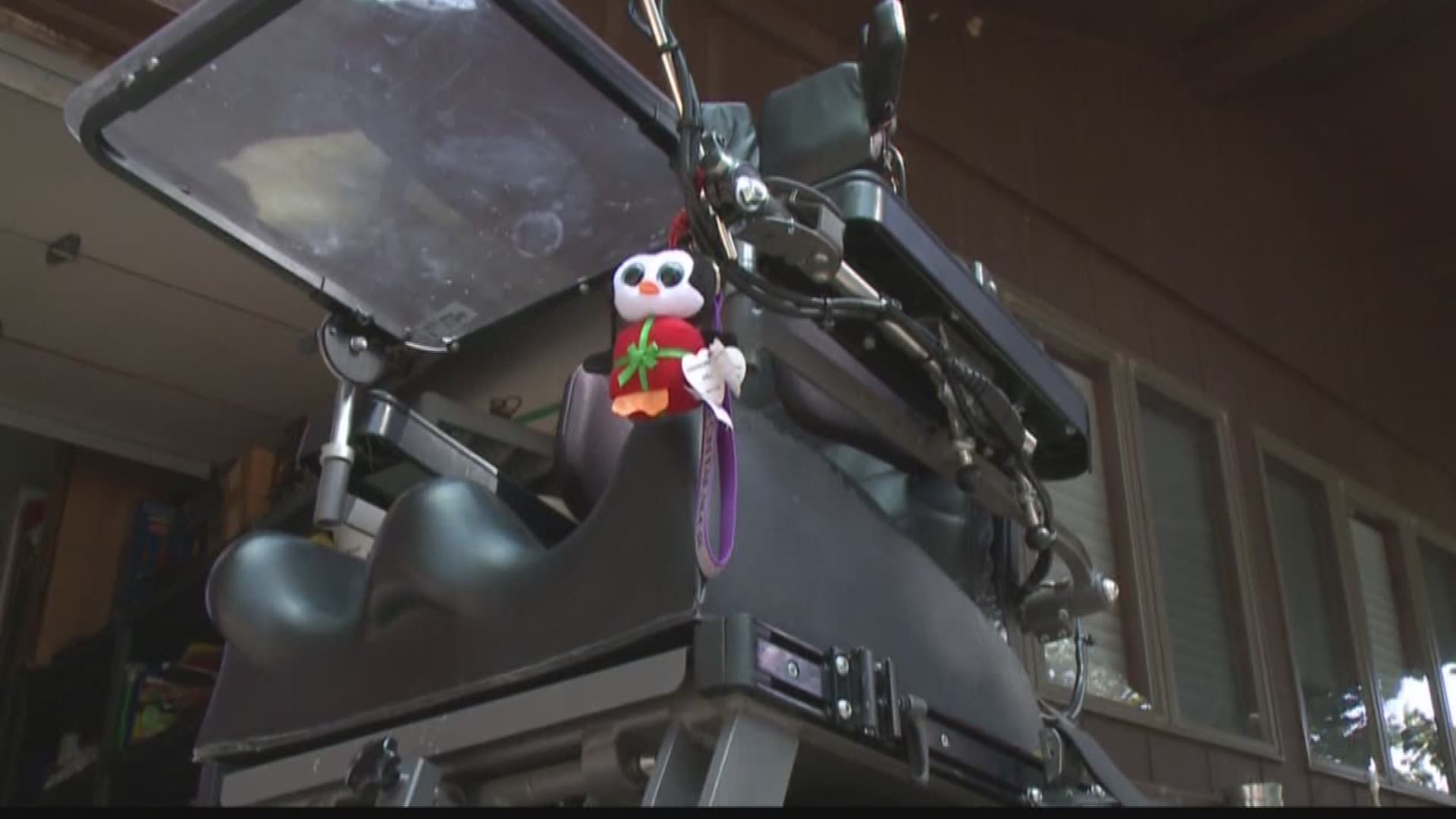 HILLSBORO, Mo. — The family of a Hillsboro teen is suing United Airlines after they say the airline nearly destroyed their daughter's wheelchair.

It happened while they were on their way to a Disney cruise.

The I-Team found hundreds of similar complaints against the airline claiming they aren't accommodating passengers with disabilities appropriately.

In a wheelchair after a car crash left her paralyzed as an infant, she doesn't let her circumstance dictate her direction.

But it was on her way to a Disney cruise in Texas in December 2016 that her father says united airlines dropped the ball.

"They didn't know how to work the wheelchair. i had to physically walk that thing down the tarmac in restricted airspace," said Russ Schmidt, Hailey's father.

Along the way Schmidt says United staff seemed inconvenienced by her special needs.

During a flight delay, Schmidt says United staff wouldn't allow him to access Hailey's feeding tube materials in their luggage. After hours of pleading, Schmidt says eventually staff relented and allowed him to get Hailey's specialized food from their suitcase.

And Schmidt says, it got worse when they got home.

"They bring the wheelchair in, got two guys carrying parts. A guy working it. It was glitchy. It was barely moving," said Schmidt.

It's the type of experience many others with disabilities say happens far too often with united airlines.

In 2016, the department of transportation fined the airline $2.75 million for, in part, failing to provide adequate assistance to passengers with disabilities.

"That disability community is getting their back turned on them," said Schmidt.

United did pay for Hailey's wheelchair to be repaired.

But the family also wanted United to make a donation to a charity for the disabled.

They say that didn't happen. And the airline's response has been disappointing.

"I had gotten a random email about a plane ticket for Hailey. The problem is, Hailey doesn't travel by herself," said Schmidt.

The family is now suing the airline for $10 million - claiming they falsely represented their ability to handle Hailey's wheelchair and special needs.

They hope to use that money to help others like Hailey make their way in the world...

"When I tell people my daughter loves dance, and she's a pommie, you can see a confused look. We've spoken with her dance studio in hopes of maybe set up a dance scholarship for someone with a disability such as herself, that she could present to somebody," said Schmidt.

Meantime, the whole experience has left the family a lot more leery about air travel.

"I don't want her to have to go through that again. It makes us tap the brakes as parents," said Schmidt.

A spokesperson for United Airlines sent us the following statement:

“In 2016, we reached out to the family and paid to repair the wheelchair. Due to the pending litigation involved, we’re unable to provide further comment.”