'I love you and I thank you': Isaac Bruce thanks St. Louis in Pro Football Hall of Fame speech

"Thanks for embracing me and my team for 21 great years. We grew up there. I love you and I thank you." 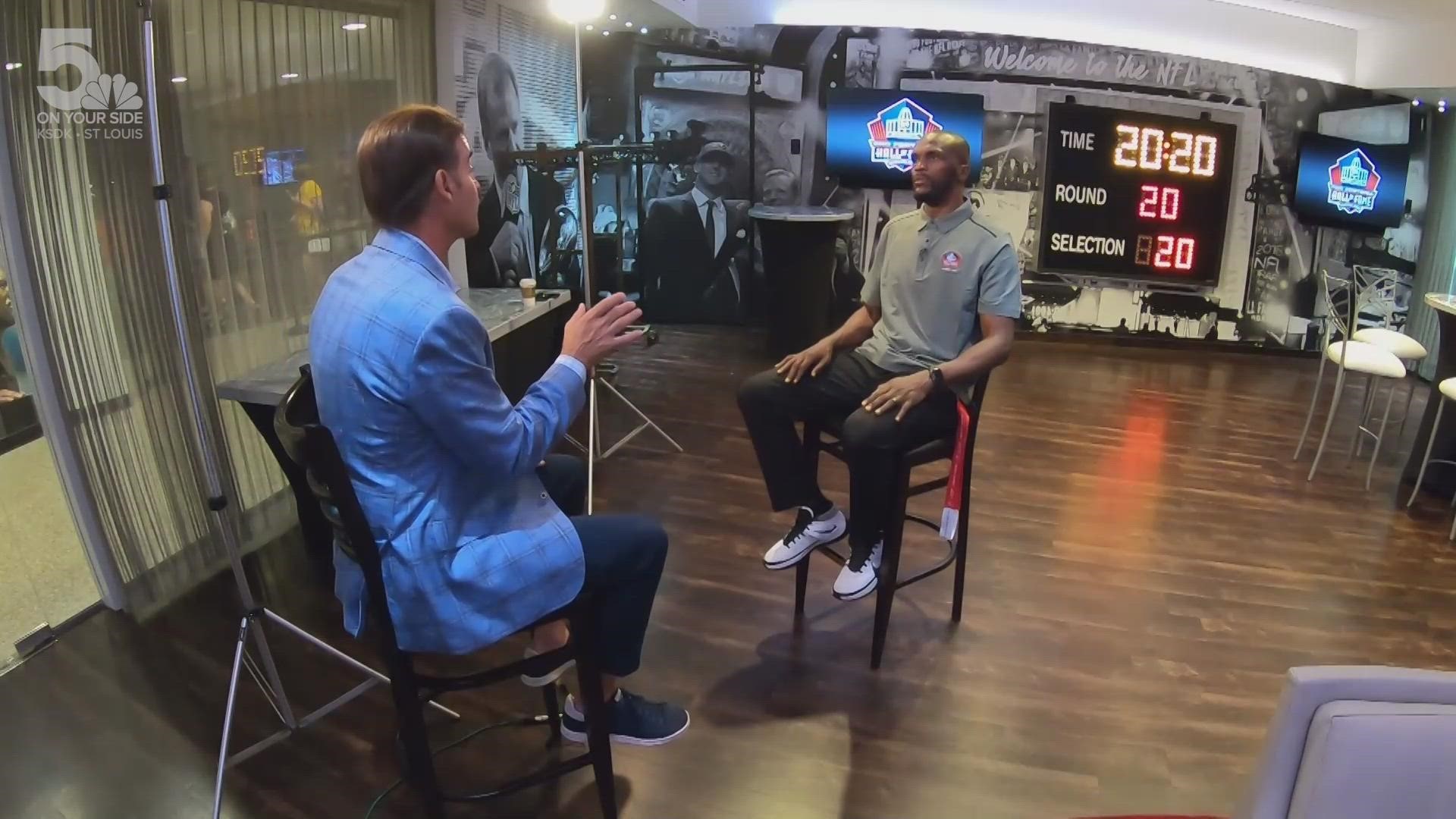 CANTON, Ohio — At long last, one of the greatest athletes in the history of St. Louis sports can call himself a Hall of Famer.

Former St. Louis Rams wide receiver Isaac Bruce took his place in the Pro Football Hall of Fame this weekend in Canton, with the gold jacket and bronze bust to prove it.

The "Reverend Ike" delivered a speech as only he could, filled with thanks, praise, emotion and humor. His speech also included lots of love for the city that helped put him on the map.

St. Louis may not have an NFL team anymore, but Bruce made sure to let everyone watching know how much his time in our town meant.

"To the City of St. Louis, its fan base ... I love you." Bruce said in his speech. "Thanks for all the love. Thanks for embracing me and my team for 21 great years. We grew up there. I love you and I thank you."

Bruce also made sure to thank his "Greatest Show on Turf" teammates, who helped him win a Super Bowl in 2000.

"To my teammates, Torry Holt, Marshall, Orlando, Kurt, Ricky Proehl ... who made the biggest catch of my career in the NFC championship game, Az (Zahir Hakim) and all my tight ends who are represented here today. Thanks for clearing it out and thanks for max blocking. I appreciate you, baby," Bruce said.

Many of Bruce's St. Louis teammates and coaches were in attendance for the big day in Canton. The camera even got Dick Vermeil and Mike Martz on camera in the crowd reacting to a particularly funny bit from Bruce's speech.

"All the defensive backs ... the ones who baptized me, and the ones who I baptized," Bruce thanked during his speech, to audience laughter.

You can watch Bruce's entire Hall of Fame speech by clicking here.