"We’re clear that folks were trying to intimidate us," Pastor Denoon says. 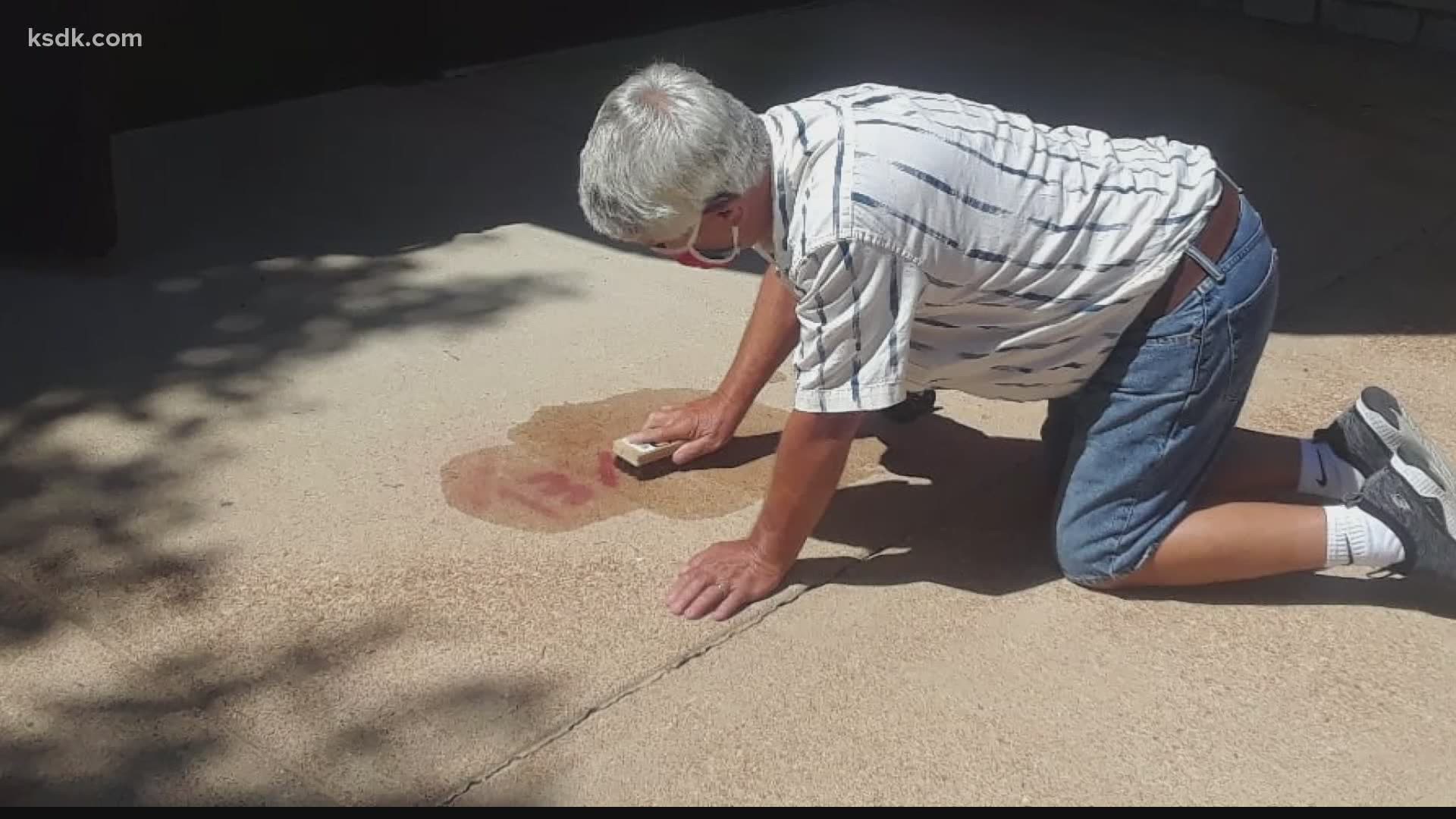 WEBSTER GROVES, Mo. — Waving in the wind, a Black Lives Matter and pride flag are planted in front of Peace United Church of Christ in Webster Groves.

To show even more support?

For the past 15 weeks, Pastor Wendy Bruner leads a Black Lives Matter vigil at the progressive denomination every Friday.

And while they welcome all and seek equality, not everyone is on the same page.

Pastor Denoon says, "I think this caught somebody’s attention. We’re clear that folks were trying to intimidate us."

Stenciled in red spray paint are the numbers 13 and 50 divided by a slash.

This is what's seen coated on the ground in front of all these churches.

According to the Anti-Defamation League, 13 represents the U.S. population who are African-Americans.

As for 50, ADL explains it represents a false percentage of all murders committed in the U.S. by African-Americans.

ADL adds, it's racist propaganda by white supremacists to depict Black people as savage and criminal in nature.

According to the U.S. census, Black and African-Americans do make up about 13.4 percent of the population.

But white people commit more crimes, according to the U.S. Department of Justice.

If we look at the DOJ Chart, we also have to consider the Violent Crimes section for numbers, which includes offenses of murder, as well as other categories. Also, these numbers are arrests and not convictions. The high Black arrest rates could be the result of discrimination.

The numbers are now scrubbed away and police reports were made.

"We definitely heard you... do you hear us? Do you understand what we are called to do," Pastor Denoon pleads.

Pastor Bruner says the graffiti may be gone, but the issue is not.

She says they are motivated now more than ever and they're staying firm in their beliefs.

"It’s not going to stop us. We will be out there every Friday until Black lives matter," Pastor Bruner says.

Every Friday, Peace United Church of Christ hosted a Black Lives Matter vigil from 6 to 6:30.