Keith Wildhaber shares his thoughts on the fallout since the verdict: Whether he believes he deserves the money. Why he settled and the personal struggles he endure 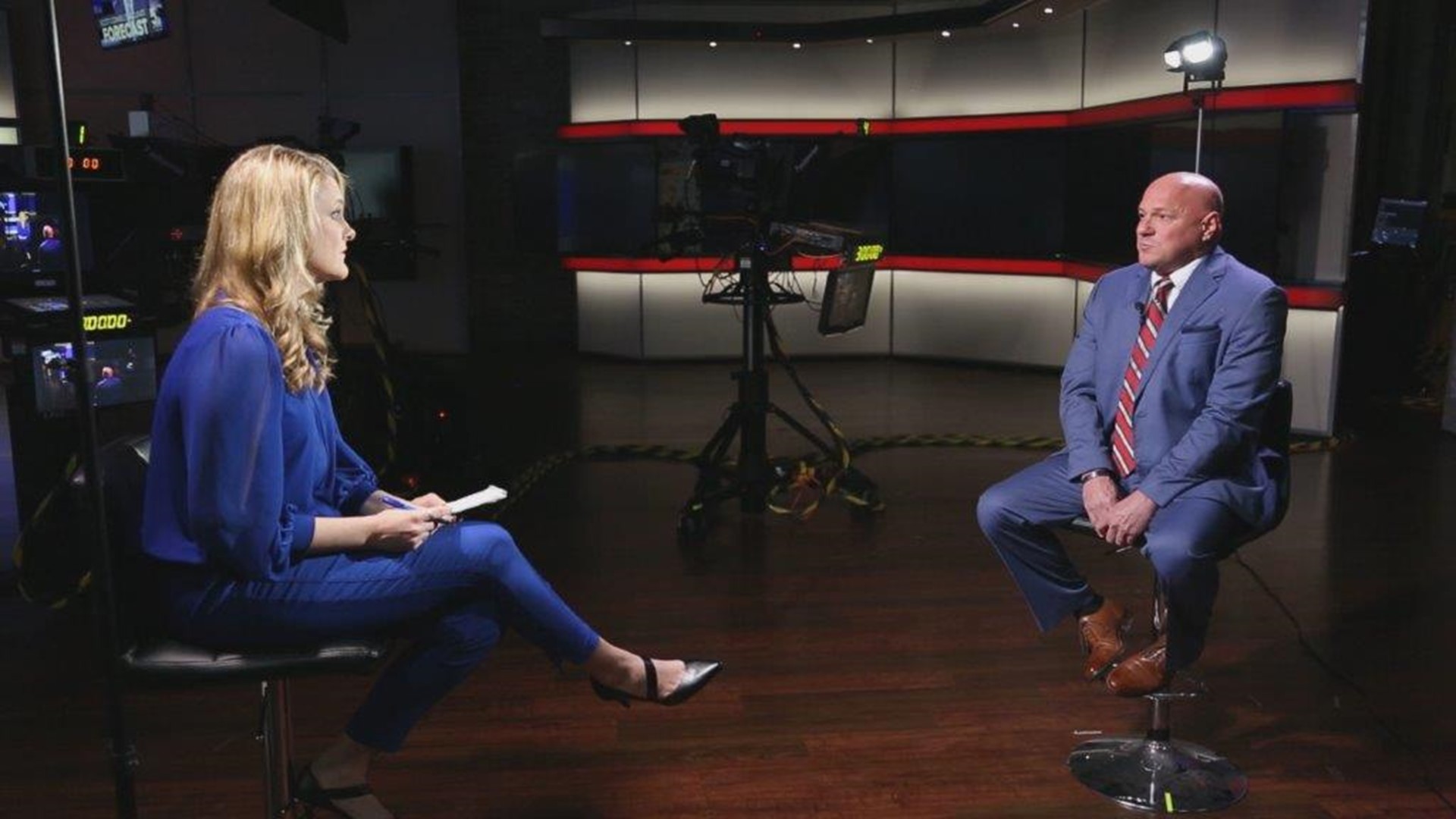 ST. LOUIS COUNTY, Mo. — The first time St. Louis County Lt. Keith Wildhaber remembers feeling discriminated against as a police commander was when he reported for duty as a sergeant for the first time.

His captain told him that there was a gay officer that he would be supervising and asked him if that would “be an issue for him.”

“I couldn't imagine a male or a female officer being asked that question about somebody they're potentially going to supervise,” he said. “We have a job to do and that's to supervise our officers and to keep our officers safe.

“And I don't care if they were black, white, gay, straight, lesbian. It didn't matter.”

That was in 2011. For five more years, Wildhaber said he endured additional awkward moments and watched as others did, too – including the time he says a police board member told him he needed to “tone down his gayness" in order to be promoted.

“It kind of comes with the territory,” he said. “It’s a very masculine, male-dominated profession.”

But by 2016, he had had enough. He watched as Chief Jon Belmar passed him over for a promotion to lieutenant 23 times, even though he surpassed the department’s qualifications to become one.

He filed an Equal Employment Opportunity Commission complaint against the department. That led to a lawsuit, which culminated in a nearly $20 million jury verdict in his favor in October 2019

He finalized a $10.25 million settlement with the county Monday – hours after Belmar announced his retirement.

In a wide-ranging exclusive television interview with 5 On Your Side, Wildhaber shared his thoughts on the fallout since the verdict: Whether he believes he deserves the money. Why he settled. The personal struggles he endured throughout the process. The friends he lost.

And the unexpected friend he believes was there for him through it all – fallen Officer Blake Snyder.

As a cop, Wildhaber “put up a wall” to protect sexuality

Former Police Board Commissioner John Saracino has denied that he ever told Wildhaber that he needed to “tone down" his "gayness” in order to be promoted.

But Wildhaber said he didn’t take the advice as a malicious remark, but rather, a genuine effort to help him earn a promotion in an old-school culture.

He said he never felt like he was any more out there about his sexuality than heterosexual officers – and certainly not while he was on the streets.

“You put up a wall so people don’t get to know you personally because people can take that as being a sign of weakness and use your sexuality against you,” he said. “And I don’t think anyone comes to work advertising they’re gay or lesbian or straight.

“You come to work to do your job. What that comment ever meant, I didn’t know because I did protect against exposing my personal life when I was at work. It wasn’t in my mannerisms, but when I got comfortable with officers understanding that I was gay, it wasn’t unusual for my partner to go to fundraising events and different department functions with me.”

And he said he wasn’t sure the comment was really true, but it became apparent as he watched others repeatedly get promoted over him.

So, he filed an EEOC complaint in April 2016, the first step toward filing a discrimination lawsuit.

Despite discrimination, “I really do love” the St. Louis County Police

“I was far enough into my career and had witnessed it enough that I was at a point where somebody had to take a stand on the issue,” he said.

But it wasn’t easy.

“It was especially difficult for me because I really do love the County Police Department and the officers that work here,” he said. “My intention was never to embarrass the department and it’s leadership. It was to correct what I felt was an injustice.

Sources tell 5 On Your Side that Wildhaber offered to settle for less than $200,000 during the EEOC mediation hearing in 2016 with Belmar and former Assistant County Counselor Carl Becker. The hearing is a chance for both sides to reach an agreement and avoid a lawsuit.

But it went nowhere.

And Belmar’s administration transferred Wildhaber from the precinct closest to his house to the precinct furthest from it and put him on midnights.

At trial, transfers that follow challenges to authority were called “geography lessons.”

“We've got a very young department,” Wildhaber said. “These younger officers, they couldn't believe this was going on.

“They grew up in the ‘Will and Grace’ era, and to them, working with a gay supervisor is nothing to them. They’re 100% supportive.”

Watch: Wildhaber said it was difficult to file a discrimination complaint against his own police department

One of those young officers was Blake Snyder. Wildhaber was his first sergeant and said Snyder used to bite his bottom lip if he was ever upset about something. He did it when he learned Wildhaber had been transferred out of the Affton Precinct to Jennings

Six months later, Snyder was shot to death in the line of duty – at about the same time Wildhaber’s lawsuit was going to be filed. He said didn’t file it until January 2017 to avoid distracting from the grieving department and members of the Snyder family he considers close friends.

When he filed the lawsuit, it also inadvertently served as his coming out about his sexuality to his mother. She was making her morning coffee and seeing her son’s picture flash on the news. At first, she worried something had happened to him on the job and his fellow officers hadn’t got to her house to tell her yet. Then, she listened to the story, announcing his lawsuit.

“She told me it was a story about ‘a whole lot of nothing,’” he said. “She was telling me that she didn’t care that I was gay and that she still loved me.”

Watch: How Lt. Keith Wildhaber feels Blake Snyder’s spirit was in the courtroom

“Getting kicked in the teeth” at trial

At trial, Belmar and his commanders told jurors Wildhaber was unfit to become a lieutenant and accused him of tipping off a bookie about an FBI investigation even though he talked to the feds as a witness in the case.

“I felt like I got kicked in the teeth,” Wildhaber said. “You sit there and listen to your coworkers call you a racist, talk about you being the target of a federal investigation. Talk about your being a subpar employee. And it was…It really messes with your mind as you're sitting there listening to that stuff."

“I remember getting home that night and it was just horrible. I felt so low and felt like I was out on an island.”

Wildhaber’s trial also unfolded in the courtroom directly across from the one where Wildhaber faced Snyder’s killer during the murder trial – almost three years to the day after Snyder was murdered.

Every time Wildhaber walked out of the courtroom for a breather, he would look across the hall and think of Snyder and the way his department came together to support Synder’s widow, young son, and parents throughout the ordeal.

And he doesn’t think it was a coincidence.

“I always felt that there was some kind of higher being that was there, looking out for me and taking care of me during that week,” he said as tears welled in his eyes. “Otherwise, I don't know if I would have survived that.”

And that transfer Snyder was so upset about?

It became the basis for Wildhaber’s retaliation claim against the department – which netted him the largest portion of the jury award.

Wildhaber tells 5 On Your Side he has forgiven Belmar.

“I don't hold this against any one person,” he said. “It was a culture.”

He referenced a column by Post-Dispatch columnist Bill McClellan titled, “Farewell to a ‘Late 20th Century Man,’” as a fitting way to describe his feelings.

“I really understood that and saw where it was coming from, and how we're in a different generation now,” he said.

After the trial, Belmar promoted Wildhaber to lieutenant. And put him in charge of a newly-formed Diversity and Inclusion Unit.

Watch: Wildhaber on his promotion, what he’ll do in his new role and why he plans to keep working.

Wildhaber said he now spends his days on duty studying the inclusion and equality programs that businesses like Centene, Boeing and InBev use to craft the county police department’s new protocol on the issues. But the Ethical Society of Police has criticized Belmar’s appointment of Wildhaber to the post, saying the membership organization for black officers didn’t have a role in it.

“I've heard the criticism, and I don't agree with it,” he said. “I think my life experience sets me up perfectly for this job.

Watch: Response to critics who think he's getting too much money

Did he deserve a $20 million verdict?

Wildhaber said he’s aware that some people think he doesn’t deserve the money.

“I wasn't out looking for this amount of money,” he said, adding that he offered to settle in April 2019 for $850,000. “I never in my wildest dreams would have thought that jury would return a nearly a $20 million verdict.

“The jury did their job, did their civic duty and they felt that was a reasonable amount…I can't control the amount of money that the jury is going to award on a case. It was a long five years. I don’t know if you could put a dollar amount on the emotional aspect this has taken on me personally.”

He said he agreed to settle for about half of the amount to save taxpayers the nearly $7 million that would have had to be paid to the state because of its tort laws.

He said he’s going to make sure his mother, brother and family are taken care of financially but adds that he plans to remain on duty – just like he did less than 24 hours after the landmark verdict was announced.

“I’m doing a job I enjoy and can facilitate a lot of positive change for the department. If things are going great and we're doing a lot of good things in this new unit, then I'll stick around God willing until I can't do it anymore.”

And until he knows no officer will ever again be told to “tone down your gayness” for a promotion. 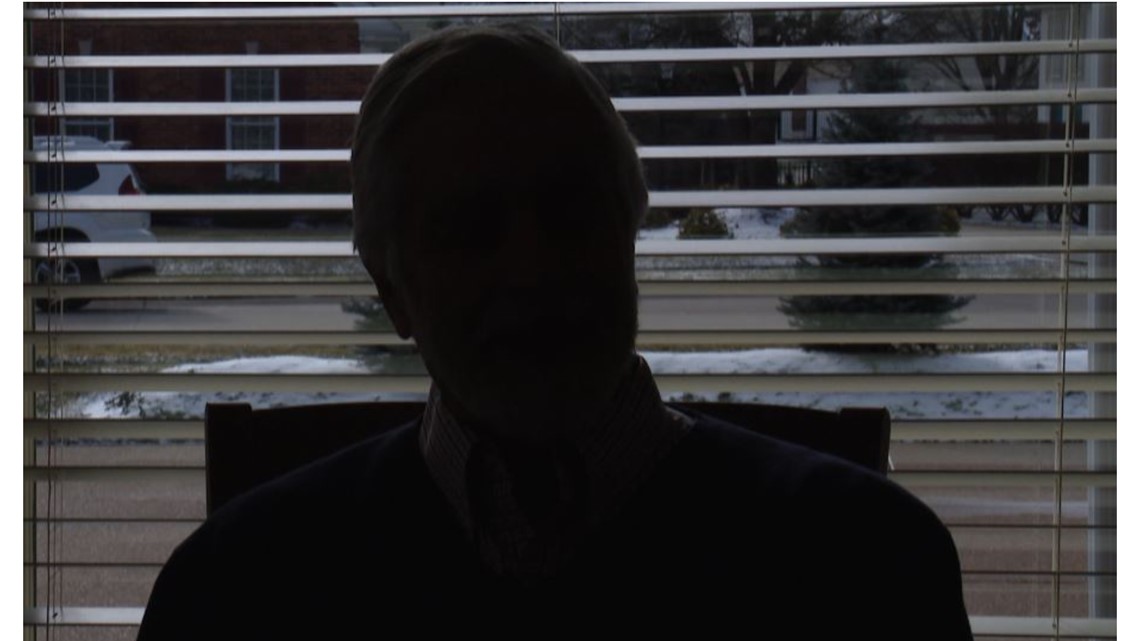