They also have a network of thousands of volunteers who are specially trained to help people salvage their homes from flooding. 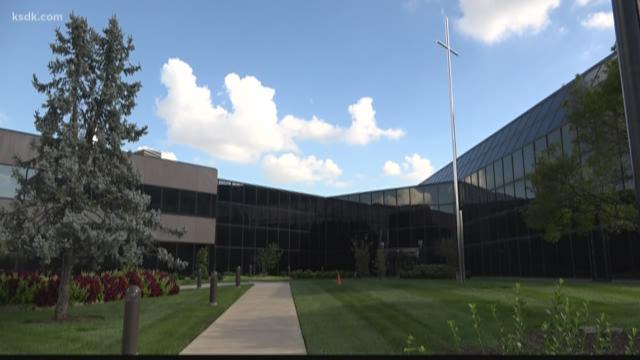 KIRKWOOD, Mo. — Monday morning a semi-truck full of supplies will leave St. Louis for North Carolina to help people begin to rebuild once the flood waters of Florence start to recede.

The Lutheran Church Missouri Synod is partnering with Lowes to fill the truck at the retailer's Kirkwood location.

LCMS says it has distributed tens of millions of dollars through it's disaster relief efforts over the past decade and a half - helping survivors of natural disasters around the country and around the world from right here in St. Louis.

They also have a network of thousands of volunteers who are specially trained to help people salvage their homes from flooding.

"After the trees have been cleared off and the authorities have opened things up again...then we go in and begin helping homeowners - whoever they are - mucking out their homes," says LCMS President Matthew C. Harrison. "So those homes can be restored and rebuilt as soon as possible."

LCMS also responded to hurricane Maria in Puerto Rico and Harvey in Texas. They are still in those locations doing work and expect to be there, and in the Carolinas after Florence, for years to come.

After Hurricane Katrina in New Orleans, they helped rebuild 6,000 homes.