After spending six years in the Navy, Aaron Abarbanell decided to follow in his wife footsteps to become a heart doctor. Together, they recently saved the life of a local baby who had a very rare heart defect. 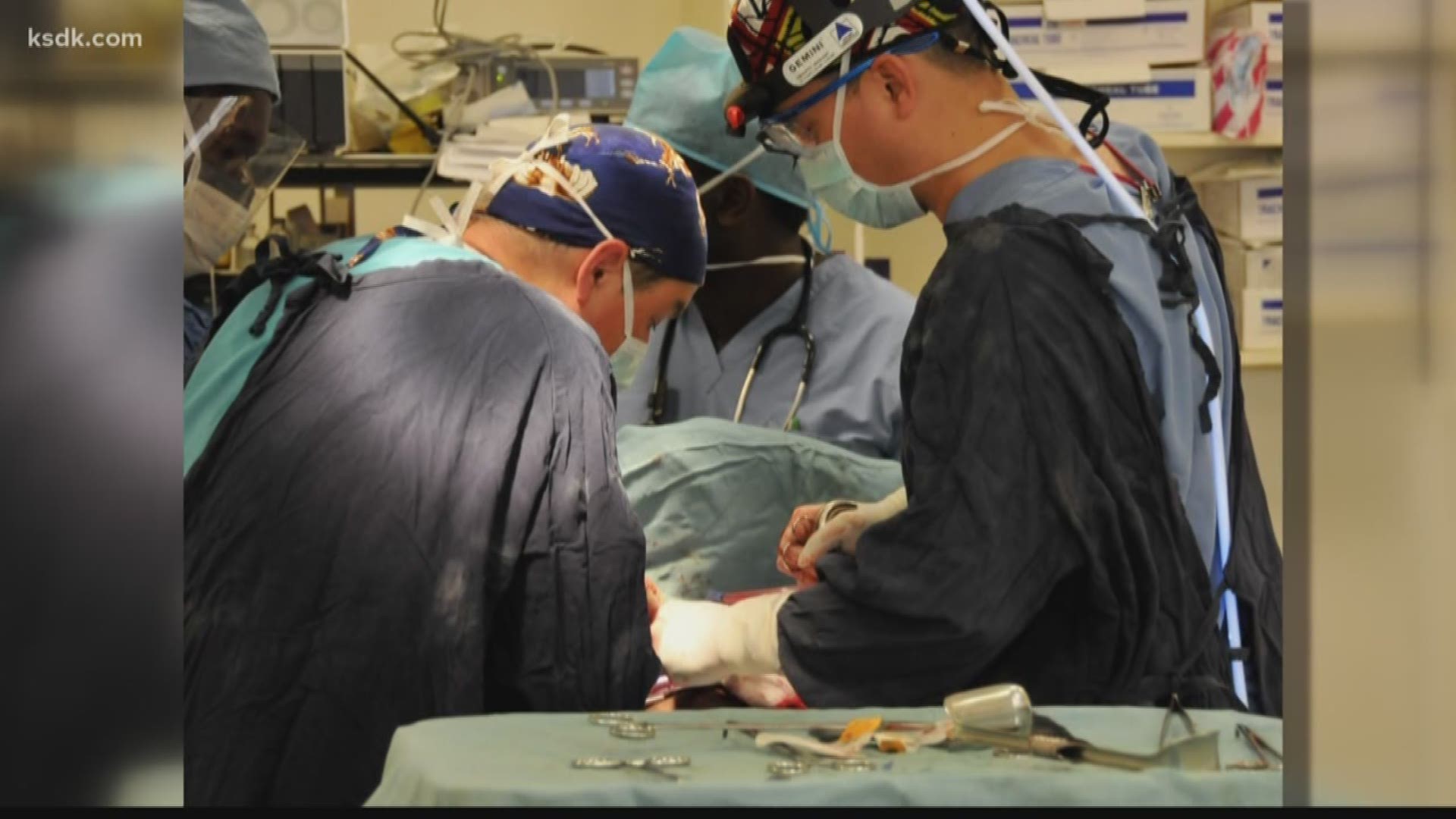 In every hospital, you can find good doctors, good nurses but rarely good memories.

But for the Reynolds family, time at St. Louis Children's hospital is something they will not forget.

You could call this a family reunion because the Reynolds feel like these two doctors are a part of their family. That will happen when a baby's life is saved.

"Is that a regular dinner conversation?" we asked.

"Yes, it's a regular dinner conversation," Ginnie said with a laugh.

"And I'm certain that our children don't care anymore about the heart because they hear it all the time from their mom and dad," Aaron said.

Aaron spent six years in the Navy working on a destroyer and an aircraft carrier before deciding to become a doctor, like his wife.

"It's definitely amazing to be married to a cardiologist," Aaron said, "especially when you're a pediatric heart surgeon and you can go over the echoes, the physiology and go over the repair."

And it was their teamwork that gave little Grayson a chance.

"My labor and delivery, it was just beautiful and then all of a sudden, it was devastating," said Genell Reynolds, Grayson's mom.

Just hours after he got home from the hospital, Grayson was rushed to Children's because he was turning purple.

"I've always said, 'When I have a kid I'll do everything in my power to make sure they're OK,' and now I'm like powerless and I didn't like that at all," Daniel Reynolds said.

After a battery of tests, Ginnie diagnosed Grayson with a very rare congenital heart defect.

"I think you have to have your radar up that something's going on and trying to figure out what that puzzle is, "explained Ginnie.

The next morning, it was Aaron who performed the surgery.

Six months later, it was a happy reunion.

"When I see them come back to the clinic and see them smiling and see how their child's growing, it's amazing," Aaron said.

But for the Abarbanells, every month is heart month. It's why they travel overseas on mission trips to take care of kids who aren't as fortunate as Grayson.

One couple is following their heart and helping others to live happily ever after.