Boy born without a smile, is now grinning thanks to local doctor

Daniel Meyer was born with facial paralysis and was unable to smile. Thanks to an innovative surgery at St. Louis Children's hospital, he is finally able to express his joy. 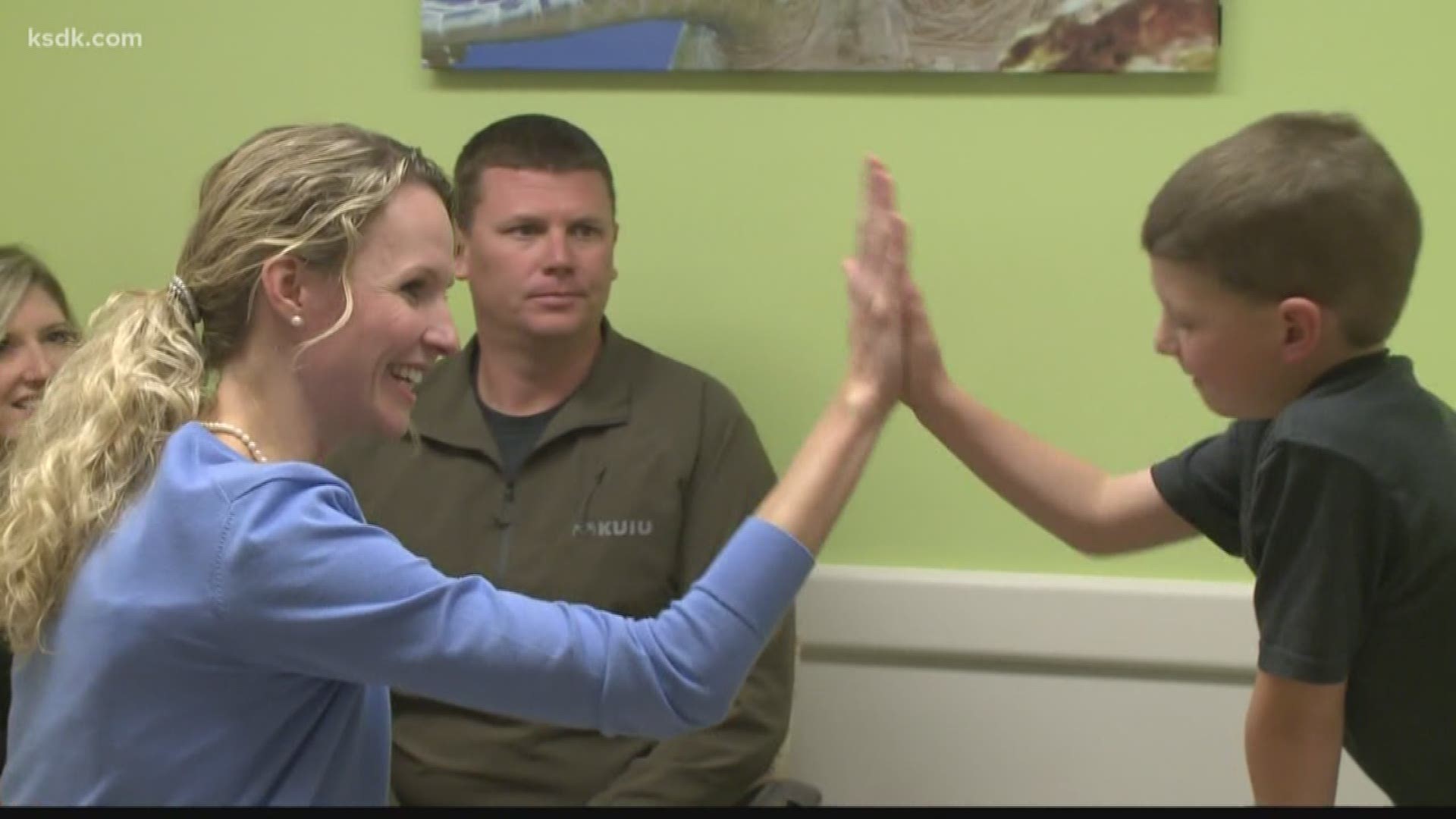 ST. LOUIS — For 6-year-old Daniel Meyer, it's a learning curve.

He's back at St. Louis Children's Hospital for another therapy session and anxious to get back to his favorite sports. Which by the way, does not include basketball.

What he does like to do, is make people laugh.

But it's not that easy to laugh when you can't even smile.

"He was born with a congenital facial paralysis affecting one side of his face," explained Dr. Alison Snyder-Warwick.

The way it was explained to his parents, is that the nerve in his cheek wasn't connected properly.

"The goal of this procedure was to create a smile that was natural and that moves," she told us.

It turns out, there are over 100 different causes for facial paralysis including trauma, cancer or, in the case of 6-year-old Preston Tassi, something called Moebius Syndrome. Like Daniel, he was unable to smile, so to show happiness, he would pull up the corners of his mouth with his fingers.

RELATED: Amazing Grace | Young woman with Down syndrome fights bullying one smile at a time

But Dr. Snyder-Warwick is hands-on so kids can be hands-off. She's one of the few doctors in the country specializing in this muscle and nerve transfer surgery.

"So we borrow some muscle from the leg, we take it from the inner thigh and we move that up to the face with its nerves and its blood vessels," the doctor explained.

It's a long and demanding procedure that uses microsurgery to connect vessels with stitches several times thinner than human hairs. It's demanding for the doctor but for Daniel, no big deal.

"Nope! I was just sleepy," he said with a laugh.

After several months, the nerves start to take hold and with some at-home exercises, the kids soon had both the reason and ability to smile.

"Seeing a child sort of reach their full potential of expression and interacting with others is truly rewarding," Dr. Snyder-Warwick said.

One doctor helping kids put on their best face with the most important thing they can wear.