Under leadership of dapper CEO, this school has the highest test scores of any St. Louis public charter school

North Side Community School is bucking the trend in urban education by believing in and expecting more from its students. 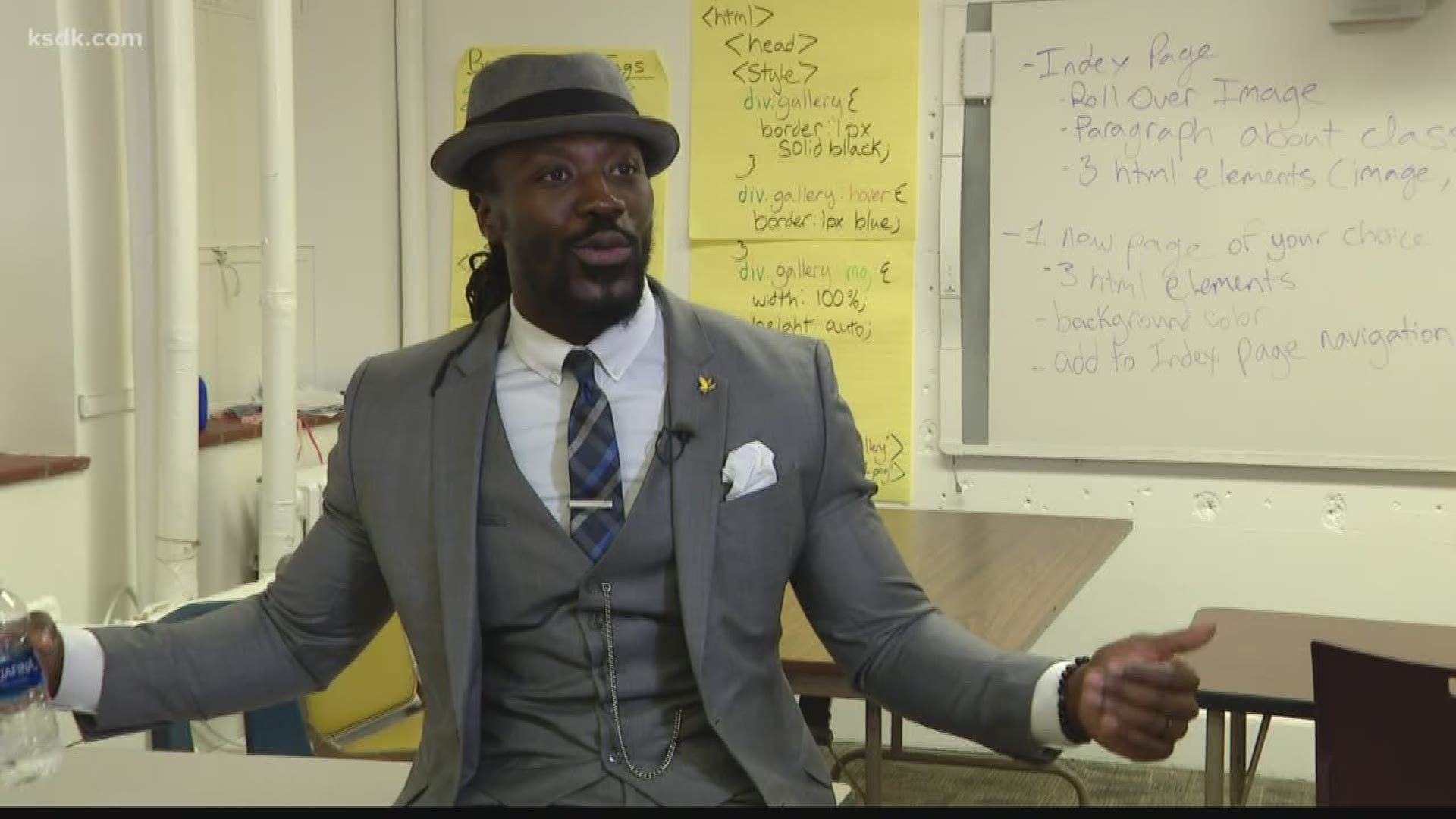 "I want to inspire them to believe that they are that person that they then will become," explained CEO Chester Asher.

North Side is a public charter school with the highest test scores in the city.

Class sizes here are small and the days are long. When kids need it, teachers will take it slow but they never take it easy.

"We're learning about mitosis which is basically the process of cell dividing," seventh-grader Kaylie Law proudly told us.  When we asked if that was hard, she shook her head no.

What has people taking notice is that North Side is making the grade in a part of the city better known for making the 10 p.m. news.

Most students here come from neighborhoods like Walnut Park and The Ville, two of the highest crime areas of the city.

That kind of trauma often derails a child's education.

"But even though we acknowledge your challenges and your difficulties from which you come and there are certain supports we have to put in place. First and foremost, I still expect the best of you," Asher said.

Asher is in his first year as CEO of the school. North Side seems to get its oxygen from his passion.

"He's the kind of guy that pushes you," noted seventh-grader Dwayne Willis. "He comes into the classroom to make sure that everybody is on the right task."

A political science major at Penn State, Asher joined the nonprofit "Teach for America" to make a difference at a low-income school. He was sent to a tough New York City neighborhood, in The Bronx.

"I learned to create my own world in my class," he said. "And after a while I realized, you know what, I can't control what happens outside at home or even in the hallways when you come into my class. There are certain rules."

Sixteen years later, Asher believes tough love never goes out of style.  And neither should he. He always wears a fashionable suit and tie at work.

"Kids say, 'Why you always dress up?' And I tell them, 'Because I have somewhere very important to be: with you,'" he said.

There are no admissions tests to get into North Side. There are no fees. Everybody from pre-K to seventh grade is accepted as long as there's room. His goal though is to expand the school from 500 students to 700 and beyond.

"That's part of the reason I came here, to make a bigger impact," he said.

"My goal is to just keep working hard so I can get into college," Dwayne Willis told us.

"Because I like to argue," she said with a laugh.

Chester Asher and North Side Community School. Helping kids to become what they believe.

"If that doesn't speak of the hope of St Louis," said Asher, "I don't know what does."

You can watch the full interview with Chester Asher here: 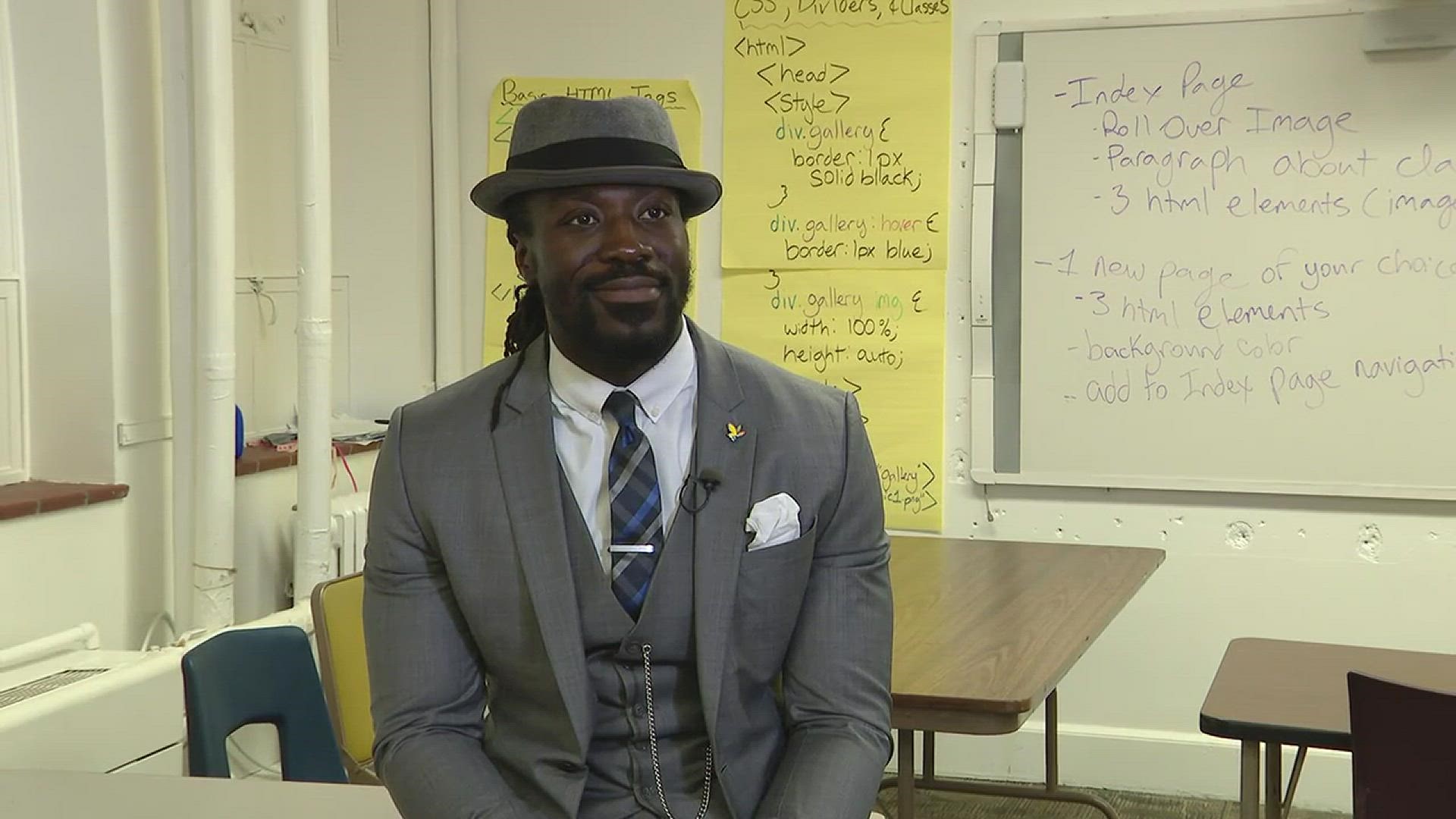 If you know of someone making a difference in our community, you can send an email to Mike at mbush@ksdk.com.

RELATED: Talk about ticket prices. Socks, underwear are the price of admission to this annual game!