Cameron O'Keefe has a rare condition that required brain surgery. Now she's using her artistic ability to give back to the doctor she says saved her life. 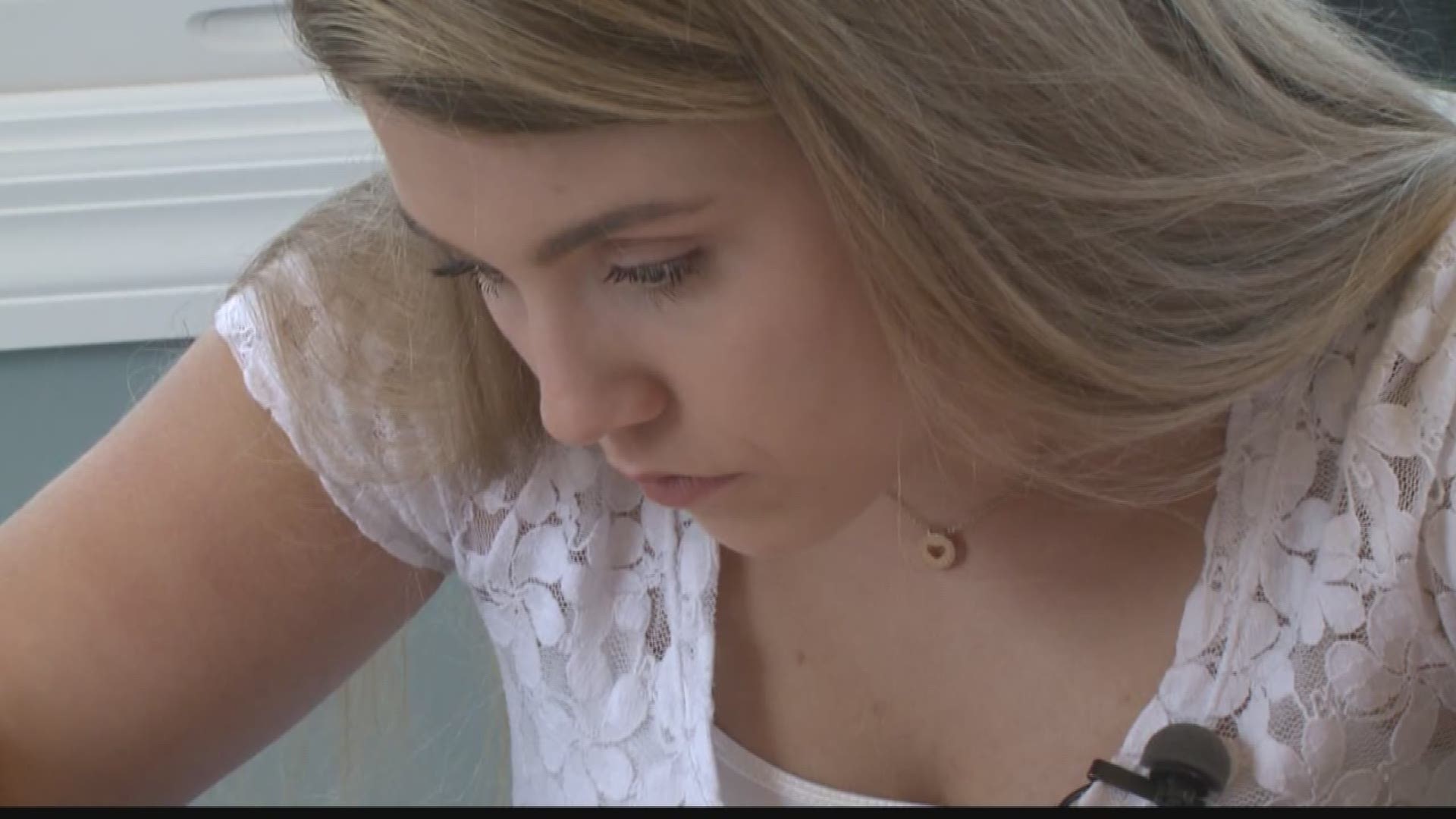 ST. LOUIS — As far as Cameron O'Keefe is concerned, the number one rule of painting is that there are no rules.

It seems everything around her is just a canvas for her imagination.

"It makes me feel like I have something to do. I have a purpose, "says Cameron.

In the fall, this 18 year old is headed to Savannah College for Art and Design. It's the next step on a vibrant journey that for a time lost all it's color.

"I knew that something wasn't right, "she recalls.

As a young girl, she had three constant companions. Her brother. Her dog. And her pain.

"We went to a million doctors. We went everywhere. We saw every medical specialist, "remembers her mom Liz O'Keefe.

They finally got the diagnosis when they saw Dr. David Limbrick, a Pediatric Neurosurgeon at St. Louis Children's Hospital.

Cameron had something called a Chiari malformation.

"It is a rare condition especially when you pair it with this second abnormality Syringomyelia, "explained Dr. Limbrick.

Chiari Malformation with Syringomyelia is a disorder in which certain structures in the brain fail to develop normally. To treat it, she needed brain surgery.

"If I hadn't gotten it, I would have been paralyzed within the next year, "said Cameron.

The complicated operation includes removing the back portion of the base of the skull.

The surgery was a success. The recovery was not. After the doctor gave her a list of things to do, Cameron did more crying than trying.

"And I sat her down and I said listen, "recalled her dad Michael O'Keefe. "You can continue to cry or we can pull out boots up and we can look at the list and together we will tackle the list."

7 years later it's clear that Cameron was stronger than her excuses. But there was one thing left on her doctors list. Something she added herself.

"He changed my life in the most amazing way, "says Cameron. "And I didn't know how to tell him, how to show him how thankful I was."

Cameron has published a new book filled with her art and an uplifting series of messages.

The "Little Book of Simple Sayings" is being sold online and in the Children's Hospital bookshop. All the proceeds go towards Dr. Limbrick's research.

"To be able to come through that and to be able to produce something like this to help others going through it. It's really fantastic, "Dr. Limbrick told us.

Creativity takes courage and no matter the reason a child ends up in the hospital, Cameron belives that courage can be contagious.

"I want them to look at it and say she went through something and now she's doing this. So what's holding me back?, "says Cameron.

With every setback there can be a comeback and one young girl is showing that when it happens it can truly be a work of art.