The three-wheel bike is his transportation and someone stole it. A kind stranger bought him a new one and delivered it herself. 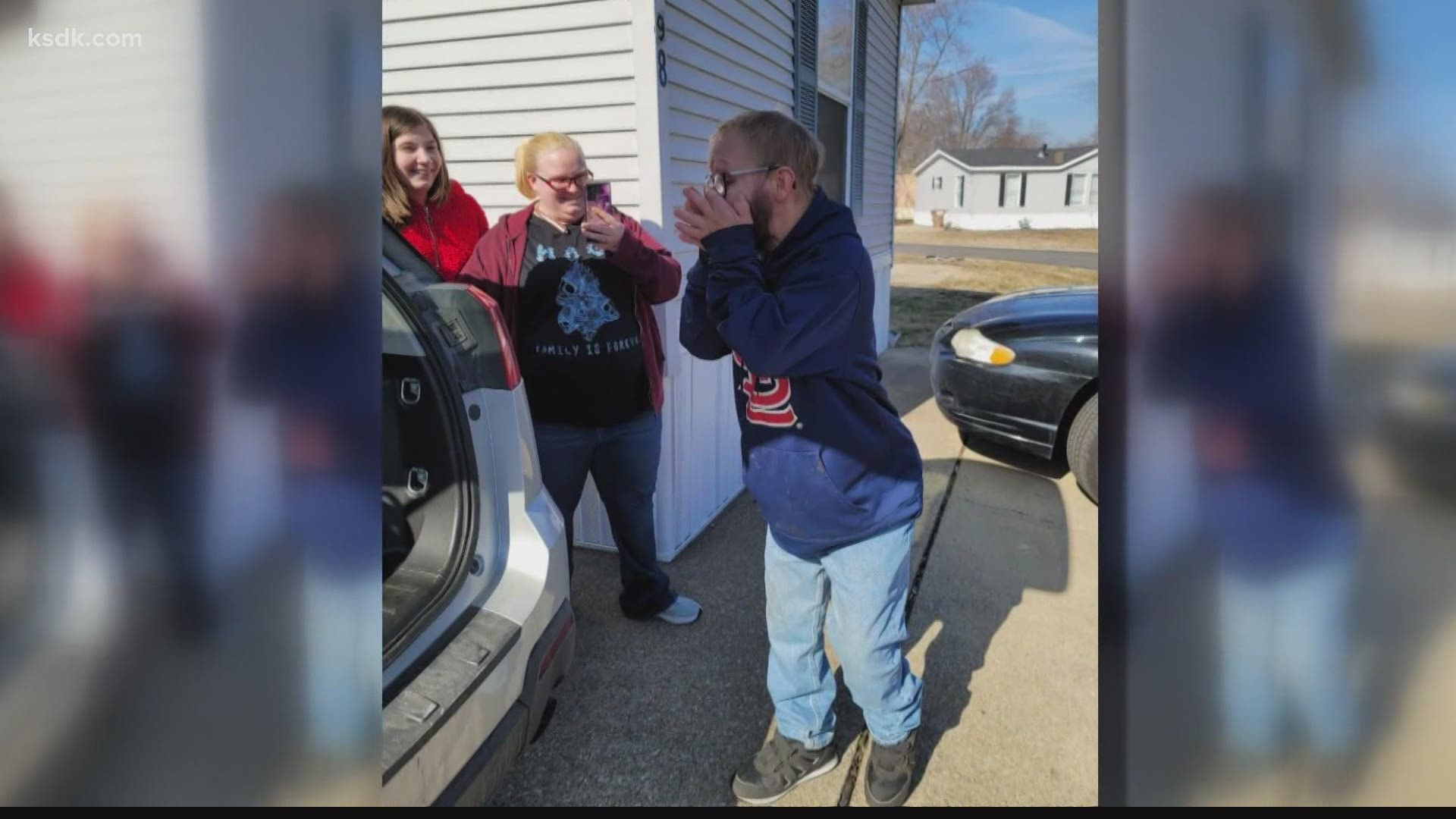 GRANITE CITY, Ill. — Sometimes in life, it's hard to keep your balance.

For 31-year-old Matthew Wondra, it's been a rough ride. Recently, his cherished bike was stolen.

"I was definitely angry," his mom Terri Wondra said. "Because that is the only thing that is getting him around."

Matthew has a rare genetic disease called Lowe Syndrome which causes brain abnormalities, weak muscle tone and eye problems. The bike meant everything to him, especially because it was a present from his dad, who passed away suddenly last September.

"The day his bike was taken, he kept looking out saying mom where's my bike," Terri said.

Mathew's sister posted something about the stolen bike on a Granite City, Illinois, community Facebook page and was going to set up a fundraiser to buy a new one but never got the chance.

"I wasn't going to scroll past that without doing something," Venessa Duckett said.

After seeing the post, Duckett decided to buy the new bike for Matthew, even though they had never met.

"It just seemed like the right thing to do, "she said.

Venessa knows how important a bike can be.  She has two kids, one in college and a 4-year-old at home. She also knows you don't have to be rich to be generous.

"This town, when I grew up there was a lot of generous people," Duckett said. "There was times when I didn't have shoes or a coat and people in this town helped me out and I didn't think of it so much as paying something forward but paying it back."

Since Mathew rides a special, three-wheel bike, Vanessa called Breese Bikes to get some instructions on how to put it together.

"It's something I've been doing since I was a little kid," explained owner Patrick Breese.

But Breese didn't give Venessa instructions. He just added another spoke to this wheel of kindness and assembled the bike for free.

"His bike got taken," Breese said passionately. "Somebody stole his bike in the trailer park and that's his transportation."

Duckett then drove over to Mathew's house, knocked on the door and invited Matthew to come out to the parking lot.

"And then I lifted the hatch to the SUV and his reaction was priceless," Duckett said.

Now, Matthew not only has a new bike, but he's also got a new friend.

"If we all make each other's life a little bit easier could you imagine what kind of world it would be?" asked Duckett.

Yes, imagine. In fact, with a little kindness, life can be like a pedal. You get pushed down but then you come right back up.