Bonette Kymbrelle Meeks, 26, has been identified as the suspect in the shooting death of North County Police Cooperative police officer Langsdorf.

Bonette Kymbrelle Meeks, 26, is facing one count of first-degree murder, one count of armed criminal action, unlawful possession of a firearm and one felony count of resisting arrest in the shooting death of officer Michael Langsdorf.

Meeks is being held with no bond set.

During a press conference Monday morning, Ron Martin who is the Assistant Chief of Police, was emotional. He said officer Langsdorf has been a friend of his for 20 years. 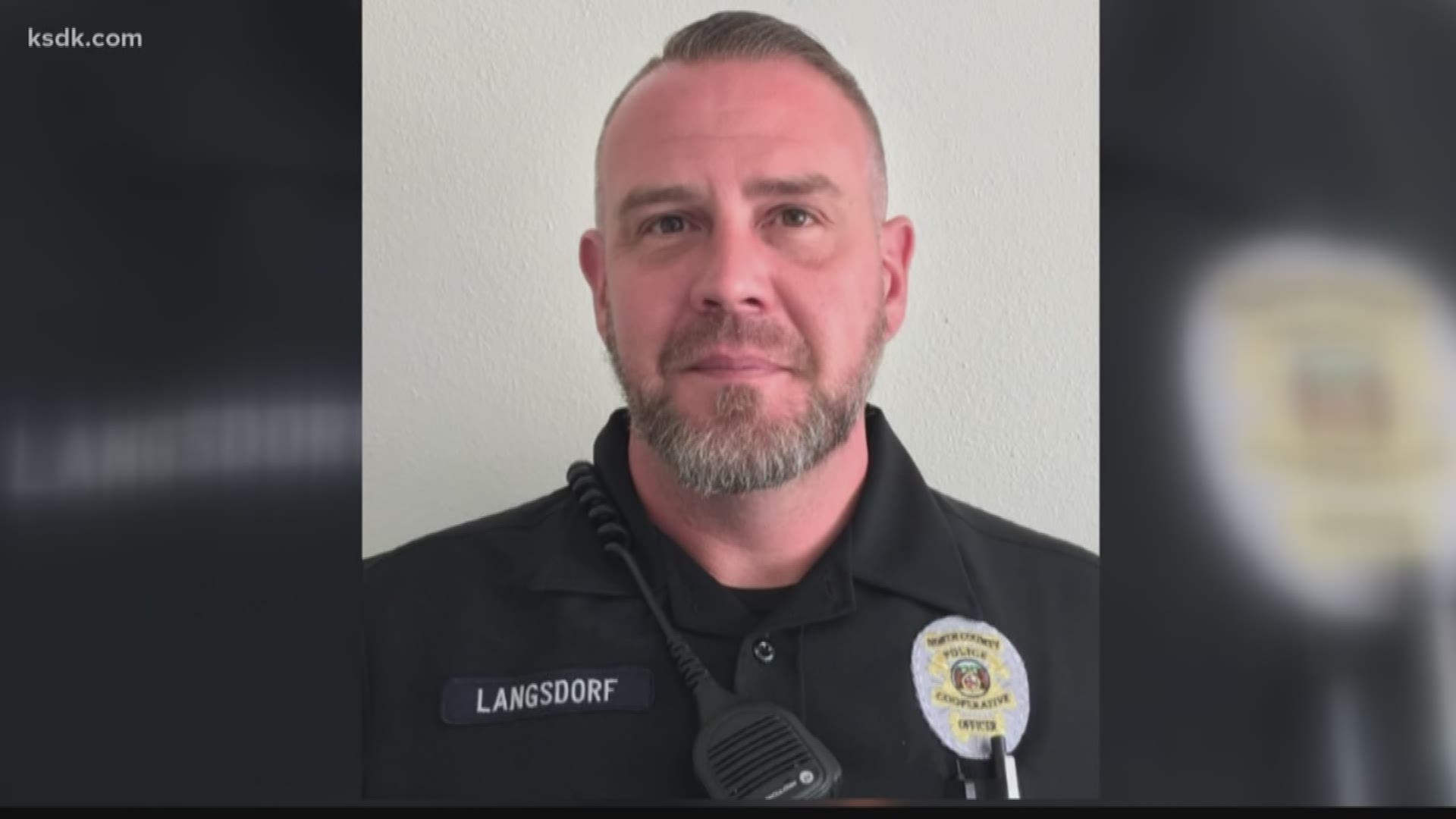 Martin said Meeks confessed to the murder of Langsdorf around 8 a.m. Monday to investigators.

Martin believes Meeks came to St. Louis in January of this year. Meeks was not known to North County Police Cooperative before this incident.

Langsdorf was shot at the Wellston Food Market Sunday afternoon. A spokesperson said Langsdorf was called to the market for a report of a bad check and five minutes later, they received a call for an officer down. There was struggle between Meeks and Langsdorf.

"At some point, officers Langsdorf was on top of Meeks, I don't know how  [looking at the video] Mr. Meeks was able to do it, but he pulled a gun from his waistband," Martin said.

Martin said Meeks grabbed a gun from his waistband during a struggle and he stood up, stood over him and pointed the gun to the back of his head and fired one shot. The bullet entered his left rear neck and traveled through his spinal cord. He was rushed to a hospital, where he died from his injuries.

“Mr. Meeks was successful at executing a cop yesterday and a good one,” Martin emotionally said during a press conference.

A woman who was in the store went to officer Langsdorf’s aid and tried to stop his bleeding. She grabbed his walkie-talkie and said ‘we’ve got a policeman shot, we’ve got a police man down.’

After the shooting, Meeks ran with the gun in hand out of the store and eastbound on Page Avenue. He was captured a short time later by assisting officers at 6221 Page and he was armed with the pistol he used to murder Langsdorf.

Langsdorf leaves behind two children and a fiancee.

Support has been pouring in for officer Langsdorf and his family. BackStoppers is supporting Langsdorf's family.

READ MORE: Senseless, heartbroken, enough: Support pours in for officer killed in the line of duty