“We also had to deal with other people trying to drive around us and traffic going around us.” 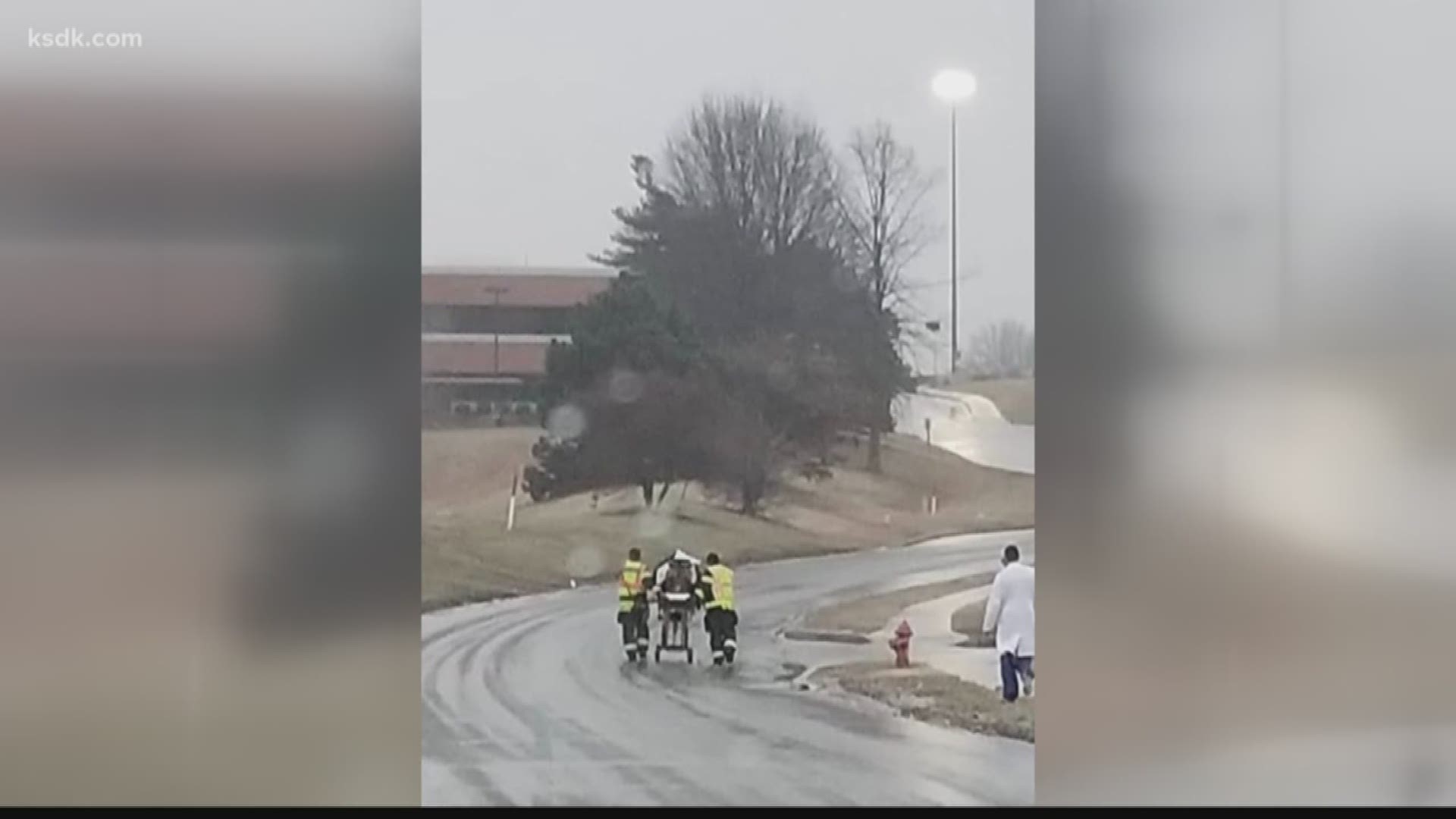 MARYLAND HEIGHTS, Mo. — Two Maryland Heights firefighters are being hailed as heroes after making an icy rescue on foot.

"We just had to deal with it and kind of make do with that we had," Shaylor Taetz said.

"I was sitting down breakfast table eating some breakfast and drinking some coffee and that when the call had came out for a metro bus that had spun around on the highway," he said.

He and his partner quickly put on their gear and then rushed to the accident on Interstate 270, but the icy roads presented a huge challenge.

"It was pretty bad. Even driving there we had to take it really slow," he said.

Taetz said they were almost to the bus when they got into a crash of their own. Their ambulance slid on the icy roads and hit a guardrail. They couldn't risk driving anymore so they walked the few steps left to the bus where the driver,  the only person on the bus, was stranded.

"We realized how icy the roads were because they were progressively getting worse as the morning went on," Taetz said.

After rescuing the woman from the metro bus, the firefighters said it took them about a mile on foot and walking up several hills to get the woman from St. Charles Rock Road to SSM Health Depaul Hospital.

It was an act so extraordinary a random person stopped in the storm to snap a picture.

"We also had to deal with other people trying to drive around us and traffic going around us," he said.

The wheels on the stretcher also slipped on the ice, but despite all odds against them the two men were still concerned about the bus driver's comfort.

"The stretcher definitely lost traction. It wasn't willing to work with us as much as possible," he said. "We did cover her up because it was sleeting or icing and we made sure that not of that was hitting her in the face."

Paramedics say the woman is OK. She did not have any serious injuries.