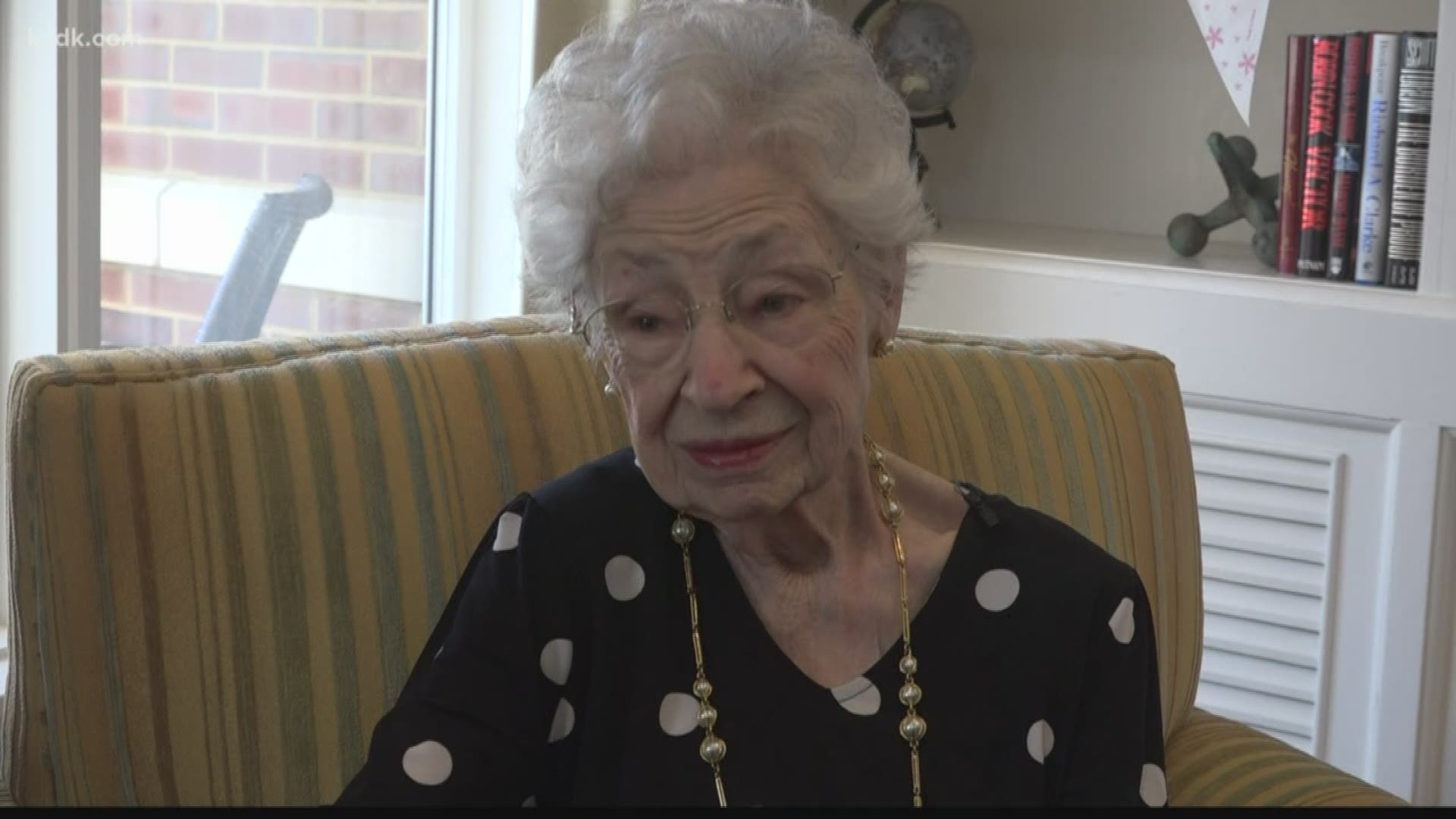 She’s currently at Seasons Hospice and Palliative Care. Her care team said she is hilarious. Weezie said her 100th birthday was her favorite because she could still drive her car.

“Weezie is loving, faithful and has a great sense of humor – she pays no mind to her age and loves to joke about "all those old people" at the community she lives in,” her care team said.

She was born and raised in south St. Louis. Weezie said she’s most proud of her commitment to being a homemaker throughout her life. She turned down a job offer from Shell Oil in New York City to stay in St. Louis and devote herself to her family.

Weezie has stories of making homebrew with her father during the prohibition. She learned to drive when she was 60 years old and loves to talk about watching every World Series Championship the Cardinals have ever won.

She loves the redbirds, but family means the most to her. Weezie has two children, five grandchildren and seven great-grandchildren.

Her care team asked her what she wanted her family to know when she's gone and she said, "I love all of them and I thank God for all of them."

RELATED: ‘At the end of the day, we’re all one big hockey family’ | Knights tribute to Blues’ Bouwmeester