The long-awaited Cortex MetroLink station began operations July 31 with the first trains running early in the morning and already bringing people to work. 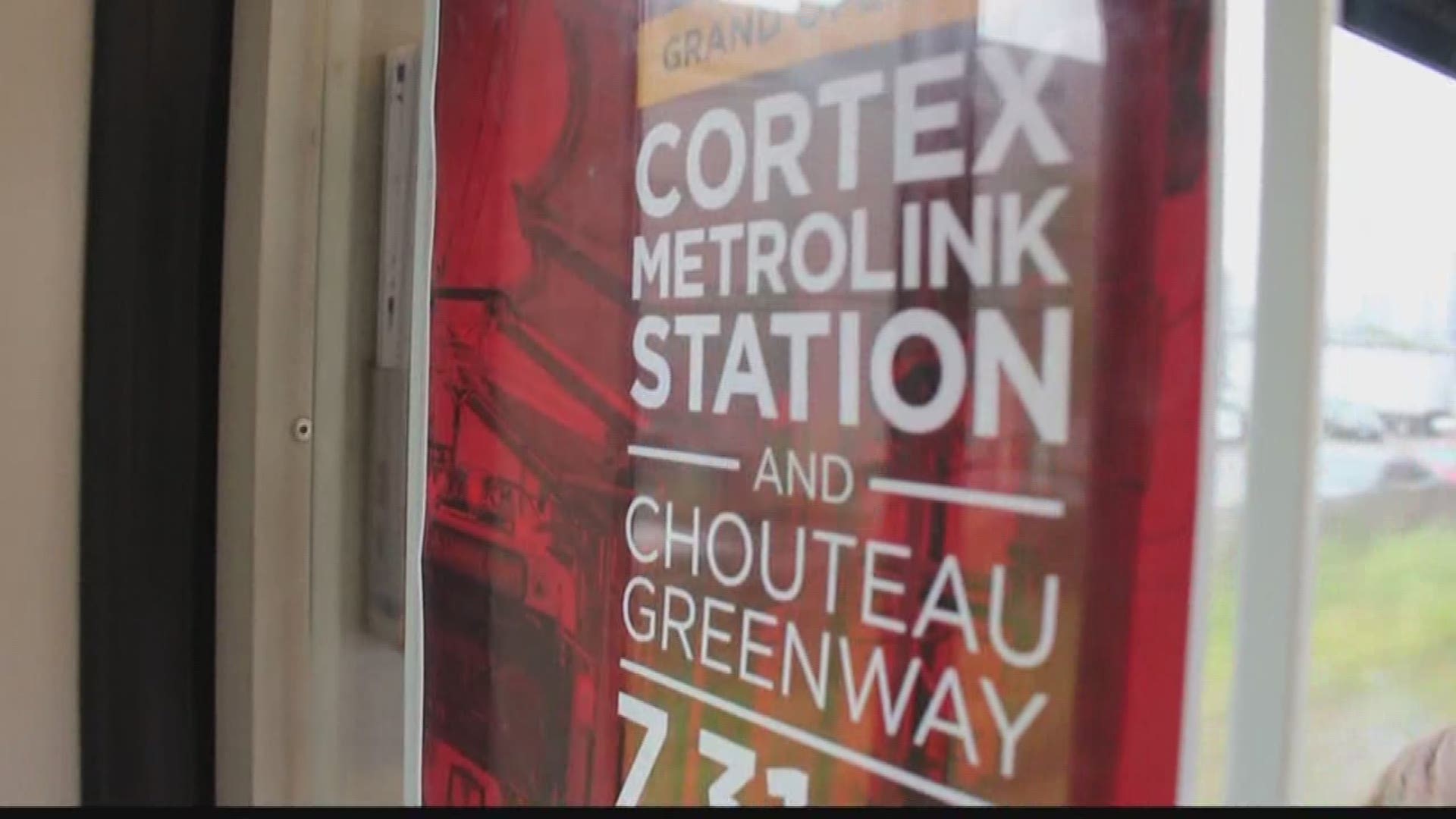 ST. LOUIS — The Cortex Innovation Community in the Central West End has earned its place on the map of “places to watch” in the Midwest: more and more startups and tech companies land there every year; the celebrated new restaurant Vicia was strategically placed in the heart of the office sprawl; and Microsoft’s regional headquarters is also home to a new community-centric workspace that’s the first of its kind of St. Louis.

And now, they’re officially on the MetroLink map, too.

“We’ve seen so much happen over the last few years in the Cortex alone, so this is just another piece of the puzzle,” said Cristy Miller, who works at Manifest in the Cortex.

The long-awaited Cortex MetroLink station began operations July 31 with the first trains running early in the morning and already bringing people to work.

“When I heard about this several years ago, I was excited to be able to not use a car one day,” said Miller. (Note to riders: one of the biggest reasons for adding the stop is the scarcity of parking spaces available in the Cortex area, so this is not a park-and-ride station.)

“I do think transit’s a really important indicator for the health of a city,” said Rebecca Nathanson, who works at 1904 Labs. She said along with the launch of bike-sharing in the area, this makes it much easier for even a lifelong resident of a city that loves its cars to get behind the wheel less often.

Dick Fleming, CEO of Community Development Ventures in the Cortex, plans on using the stop after-hours, too.

“I live about 6 blocks from here, and riding to the airport is just going to be a great plus,” said Fleming.

It’s the first new MetroLink station in more than a decade. With a price tag of about $15 million, the project was made possible due to the public-private partnership that bolstered a $10 million federal grant with money from the Cortex community directly. MetroLink spokespeople say they hope this is just the first of several such partnerships as they look to expand.

“People who are involved in startups prefer to walk, bicycle, or use transit,” said Fleming.

“You think about great cities, and they have a lot of transit options and transportation options,” agreed Nathanson.

The new Chouteau Greenway is about a quarter completed as well. When it’s done, the bike and walking trail will provide easy pedestrian access to Forest Park from the Cortex stop.

For more information on the MetroLink map and schedule, visit them online.