Chronic wasting disease is similar to mad cow disease. It attacks the brains of deer and causes the animals to grow thin, act abnormally and eventually die. 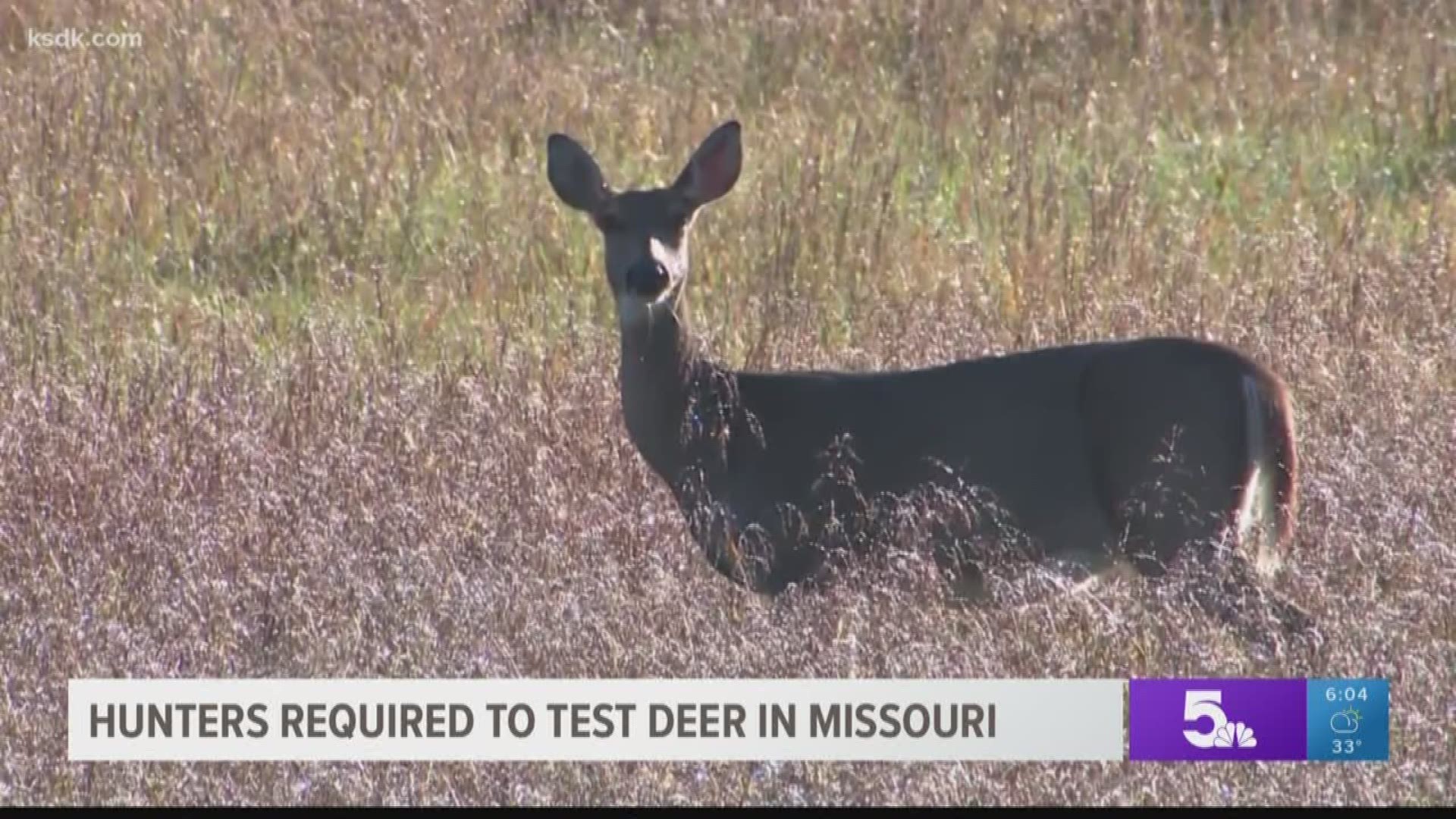 MADISON, Wis. (AP) — Midwest wildlife officials gathered Wednesday to discuss how they might better combat chronic wasting disease, which has been spreading through the region's deer herds with no end in sight.

Among those at the two-day conference in Madison were wildlife officials from Kansas, Kentucky, Indiana, Iowa, Michigan, Missouri, Minnesota, North and South Dakota, Wisconsin and two Native American tribes — the Bad River Band of Lake Superior Chippewa and the Forest County Potawatomi.

Wisconsin Department of Natural Resources Secretary Preston Cole kicked off the meeting by imploring the attendees to collaborate with one another.

"We've all been working trying to stop it on our own. That has to change," Cole said. "It is our region that is at stake. We have a great opportunity to show the public at large that we are on it."

He told reporters that the conference is "unprecedented" and that states need to make sure they're not spending money on the same research.

RELATED: There's no such thing as a ‘zombie’ deer disease: The truth about CWD

Chronic wasting disease is similar to mad cow disease. It attacks the brains of deer and causes the animals to grow thin, act abnormally and eventually die. The disease threatens the deer hunting industry throughout the Midwest.

The disease had been found in at least 24 states as well as two Canadian provinces as of early June, according to the Centers for Disease Control and Prevention. It has also been reported in reindeer and moose in Norway, Finland and Sweden.

The Madison conference's agenda called for group discussions on the state of research on the disease, the creation of a common platform for interstate communication on it and the best management practices.

Mike Samuel, a former University of Wisconsin-Madison wildlife ecology professor, kicked off the discussion by warning attendees that chronic wasting disease epidemics can last as long as 40 or 50 years. He noted that the prions, which are proteins that cause an infected deer's brain to fold abnormally, have been found in water and deer mineral licks.

He also said laboratory plants have absorbed the prions through soil, a discovery that could have potential consequences for agriculture. Norway last year banned hay and straw imports from areas infected with chronic wasting disease, Samuels said.

Once the disease becomes prevalent in an area, it's nearly impossible to eradicate, Samuels said. At some point, the disease will thin deer populations to the point where the herds can't sustain it any longer and it will die out, but many trophy bucks will die before before that occurs, he said.

He complained that not enough work is being done to create a vaccine.

"There are no easy answers to this disease in my book," Samuels said. "We really need a silver bullet, for sure."

The group is expected to conclude the conference on Thursday by making recommendations on how to improve regional management of the disease.

The disease was first detected in Wisconsin in 2002. Infections have since been detected in 35 of the state's 72 counties.

The Wisconsin DNR initially tried to persuade hunters to kill as many deer as possible in hopes of eradicating the disease. But hunters and landowners refused to accept that approach. The backlash was so fierce that former Republican Gov. Scott Walker adopted a largely hands-off approach to the disease, focusing on tracking its spread rather than actively trying to stop it.

Wisconsin DNR sociologist Jordan Petchenik told conference attendees not to rely on hunters in their states to control the disease.

He said his agency has learned that asking people to kill more deer than they can eat conflicts with hunting ethics, that many hunters don't see the disease as a crisis and that hunters don't believe killing one or two more deer each season will make a difference.

Wisconsin's current Democratic governor, Tony Evers, has offered no new strategies to address chronic wasting disease. Cole, an Evers appointee, told reporters that the administration wants to assess where research stands across the country so he can make an informed case for changes, whatever they might be, to Republican legislators. The conference is a step toward that goal, he said.