The jury agreed with the suit's contention that Bayer and BASF committed negligence and conspired together.

CAPE GIRARDEAU, Mo. — A jury has awarded $265 million in punitive damages to a Missouri peach grower who sued Bayer and BASF over damage to his orchards that he says was caused by the weed killer dicamba drifting onto his trees.

The award Saturday came a day after the jury awarded $15 million in actual damages to Bill Bader, of Campbell.

Bill Bader, of Campbell, sued Bayer and BASF, alleging they were responsible for damage at Bader Farms, one of the largest peach farms in Missouri, which his attorneys argued would likely not survive repeated exposure to dicamba.

The jury in Cape Girardeau is scheduled to return Saturday to assess punitive damages against Bayer and BASF, The St. Louis Post-Dispatch reported.

Bader's lawsuit is one of several filed against Bayer and BASF that blame the pesticide for damaging millions of acres of crops across the country.

Farmers have been using dicamba for more than 50 years but complaints increased after Monsanto — which was bought by Bader in 2018 — released dicamba-tolerant cotton and soybeans, leading to increased use of dicamba-based herbicides and more complaints about the chemical drifting onto farms that did not have resistant crops.

Attorneys for the two agribusiness companies argued Friday that Bader's peach orchards were damaged by root fungus and adverse weather, such as hail and ice storms.

But Bader's lawyers argued that the damage from dicamba was a foreseeable result of the companies' introducing the new crop varieties that tolerated the dicamba, which is used for weed control. 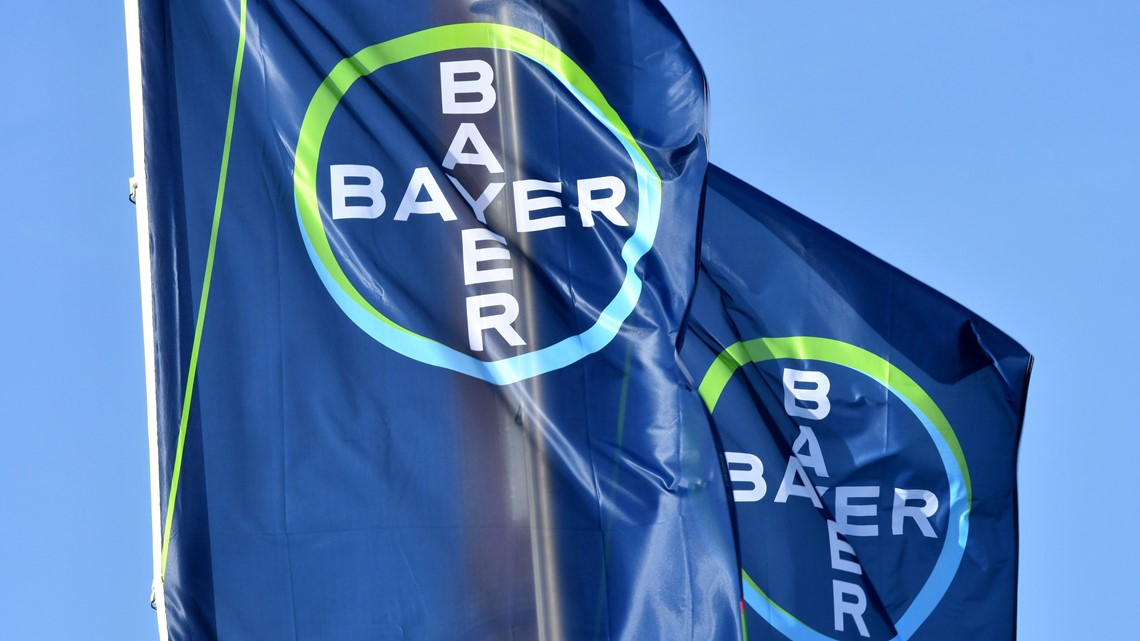 Bayer trial postponed as talks of $10 billion settlement continue
ST. LOUIS - Plaintiffs suing Bayer after they say they contracted non-Hodgkin's lymphoma from a popular weed killer didn't get their day in a St. Louis courtroom Friday, but are reportedly close to a settlement close to $10 billion. The company, formerly Monsanto, is facing thousands of lawsuits filed by people who allege the weed killer, Roundup, causes cancer.

They said Friday in closing arguments that the companies sold new resistant crop varieties by promoting that it would drift onto nearby farms, where crops could not tolerate the herbicide.

"It was part of the plan the whole time," said Billy Randles, attorney for Bader. He noted internal company documents that anticipated damage from dicamba drift before the new technology's release, including "defensive planting" sales to farmers seeking to protect themselves.

"They mapped out the number of people they were going to hurt, and put it out, anyway," said Randles.

Bayer's defense focused on the "core issue" of proving that dicamba was the specific cause of problems at the orchard.

"The story of what has been happening at Bader Farms has not been consistent," said Jan Paul Miller, during Bayer's closing argument.

"The plaintiffs have not offered any evidence at all that they think it was specifically Engenia herbicide that reached their farm," said attorney John Mandler, adding that no witnesses could "confirm what source or product it was that made it to Bader Farms."

RELATED: 'We are heartbroken.' Louisville firefighter, her daughter among 4 killed in I-64 crash outside of St. Louis