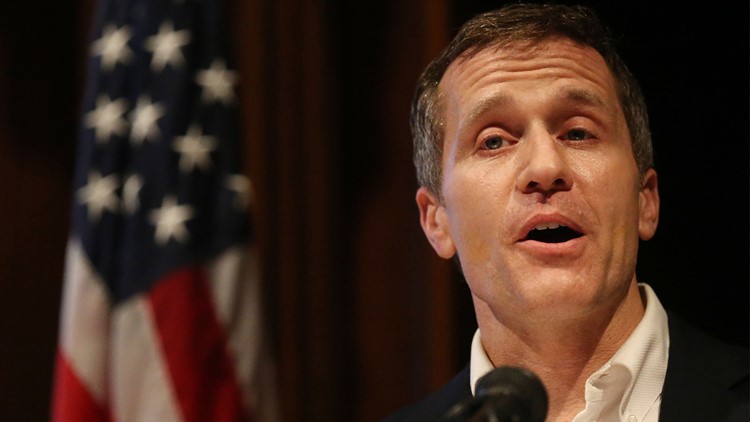 Richardson said he decided not to file the criminal charge suggested by Hawley's office. But he offered no explanation of why not and said he would have no further comment.
Author: Associated Press
Published: 12:51 PM CDT May 18, 2018
Updated: 12:52 PM CDT May 18, 2018

A Missouri prosecutor says he won't be filing any charges against Gov. Eric Greitens related to a campaign finance report about his use of a charity donor list.

Richardson said he decided not to file the criminal charge suggested by Hawley's office. But he offered no explanation of why not and said he would have no further comment.

As part of a settlement with the Missouri Ethics Commission, Greitens' campaign filed an amended finance report in 2017 indicating it had received a charity donor list from former campaign manager Danny Laub.

But testimony since then has pointed to Greitens as an original source of the list.

The case against Missouri Gov. Eric Greitens is shifting from a St. Louis courtroom to a Capitol committee room.

A special legislative session devoted to allegations against the Republican governor is scheduled to begin Friday evening. The key question during the 30-day session will be whether to impeach Greitens in an effort to oust him from office.

A St. Louis prosecutor dropped a felony charge earlier this week accusing Greitens of taking a nonconsensual photo of a partially nude woman in 2015.

Allegations of sexual misconduct are likely to be revived during the special session. Lawmakers also will be looking into whether Greitens misused a charity donor list for political fundraising and committed other campaign finance violations.

Attorneys for the governor want the right to question witnesses during legislative proceedings.